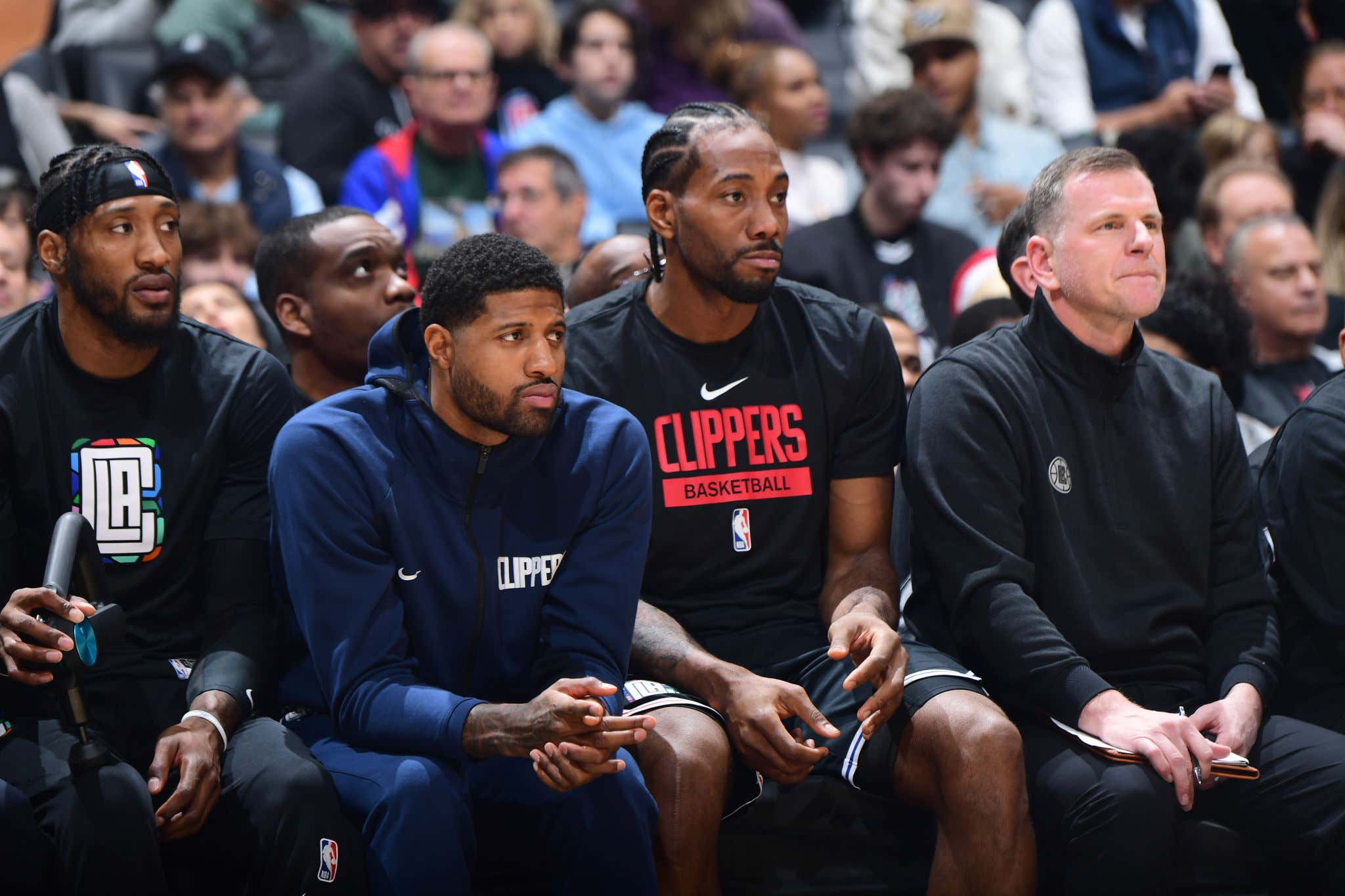 Remember a few years ago when the league tried to send the Spurs a message for load management by fining teams for resting guys for big national TV games? All you can do now is look back at that idea and laugh. Exactly zero things have changed when it comes to the idea of load management, and you're going to see it with basically every team across the league.

Whenever this topic comes up, I think a lot of people will agree with Charles Barkley's take as he crushed the Clippers for this approach last night

The load management topic is tough because I see both sides. I root for a team that is 100% load managing their 36 year old PF and starting center coming off a knee injury, and I fully support it. I want them fresh for when it matters most. But I also see the side of wanting these guys to actually play the sport they are paid to play. The thing is, this isn't just a Clippers issue. Take a look at what is happening with GS tonight for example

That really stinks for anyone in CLE who paid good money to go see the defending champs in person. Unless both teams make the Finals, this is the Warriors only trip to CLE this season so it sucks that fans get boned out of seeing all those guys play. Maybe you should expect something like this moving forward if you're ever considering buying tickets to a game that is a back to back, but that's kind of fucked up.

For LAC, given their injury issues in prior seasons, I get the logic of sitting guys as much as possible and then just seeing where the chips fall when it comes to seeding/playoffs. They're taking a gamble that they can float above the Play In and then have everyone healthy for the actual postseason, but the West is competitive enough to where that's not exactly a guarantee. For a team that's 2-8 over their last 10 and in the 8 spot, I wouldn't exactly say this plan is working.

I just don't know what the league can do about this to actually make a difference. How can you force a team to play their guys? Especially if it's a roster that has injury issues and wants to contend for a title? These teams don't give a shit about the regular season like the league probably wants them to, but it's obvious that fining them hasn't done shit, so what's the solution? It feels more like this is just something everyone is going to have to accept whether you like it or not. For a league that clearly cares about their product at the league office level, the load management issue obviously hurts. Unless you're a true basketball junkie, if casual fans have no idea if the best players are actually going to play, why should they care? It's quite the pickle.

Part of me thinks that maybe each team should be given a limited amount of "load management" days and that's it, but that gets tricky because if a guy is hurt or maybe feels something, I'm not sure you can force them to play. There is no easy answer.

So while I agree with Chuck, I also get it from the team side. I want to see the best players play, but I want that to also happen in the Spring. If that means sacrificing games in the Winter, so be it I guess.

What's interesting is guys are still getting hurt at an alarming rate, so is load management even working?