So that right there is the latest episode of My Mom's Basement. If you want to watch Robbie and I talk nerdy about The Mandalorian, The Last Of Us, and/or that harlot vixen Rita Ora potentially breaking up Oasis, go please click above. If you like it, you can subscribe here.

However, I'm not writing to beg for your click on my podcast because I hate that shit. Rather I'm here to discuss what Robbie Fox dropped on my head during that episode.

I mentioned how I thought it was crazy that The Last Of Us went from Austin, TX to Boston, MA since those two cities were mentioned in Road Trip. Robbie looked at me with a blank expression when I went on my typical rant that Road Trip is underrated all these years later since it came out a little before the comedic explosion of the 2000s full of movies starring Will Ferrell, Vince Vaughn, Jonah Hill, and/or some sort of Wilson brother.

I chalked it up to Robbie being a Young that was a literal infant when Road Trip came out and it got lost in the shuffle during what was a Golden Age for comedies.

However when he started talking about the movie poster then mentioned how it was an impressive cast with Breckin Meyer, Amy Smart, Seann William Scott but didn't know who the guy in the middle with the goatee was, my jaw hit the floor.

My first clue about the generation gap was Robbie calling Seann William Scott by his birth name instead of Stiffler like everyone that was grew up during the 90s. My second clue was Robbie having no clue who Tom Green was, which almost broke me since it just hammered home how old I am.

I tried to explain that he was a guy that had his own MTV show back when MTV showed original programming that wasn't just Ridiculousness on repeat. He was kinda like a non-violent Bam Margera that would fuck with his parents and prank total strangers.

Despite not watching the Tom Green Show in years, I think that was a pretty apt comparison.

God damn that was a beautiful trip down memory lane. I forgot how simple yet catchy the Tom Green Show song was as well as how much Tom's friend randomly sitting behind the window and sipping coffee all show cracked me up. 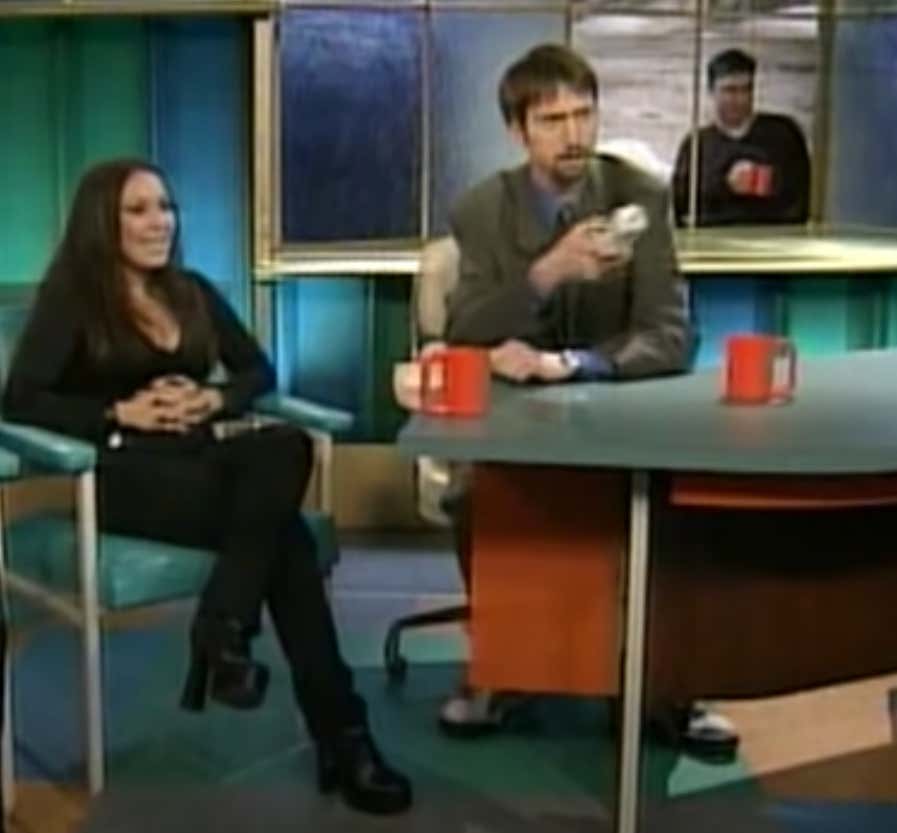 No Tom Green blog is complete without mentioning The Bum Bum Song, which reached number 1 on TRL in 5 days before getting retired. I've never done acid, but I imagine it would make my brain feel like it did the first time I saw "The Bum Bum Song" music video.

While the movie Tom wrote and directed, Freddie Got Fingered, gave my brain a sensation of what I imagine taking mushrooms feels like.

Oh yeah and he was married to Drew Barrymore for a year!

It seems Drew has since moved on to another comedic genius.

I took a quick glance at Tom Green's Wikipedia to see what else he had been up to over the years. I forgot he had been diagnosed with testicular cancer, which Tom of course filmed his procedure and aired on his MTV show. He had a brief rap career, was a correspondent for Jay Leno on The Tonight Show, appeared in some movies and TV shows, got back into standup, and recently moved from LA back to Canada on a 100 acre farm, which reminded me of this classic.

Tom Green, truly one of a kind and an absolute legend of his time.