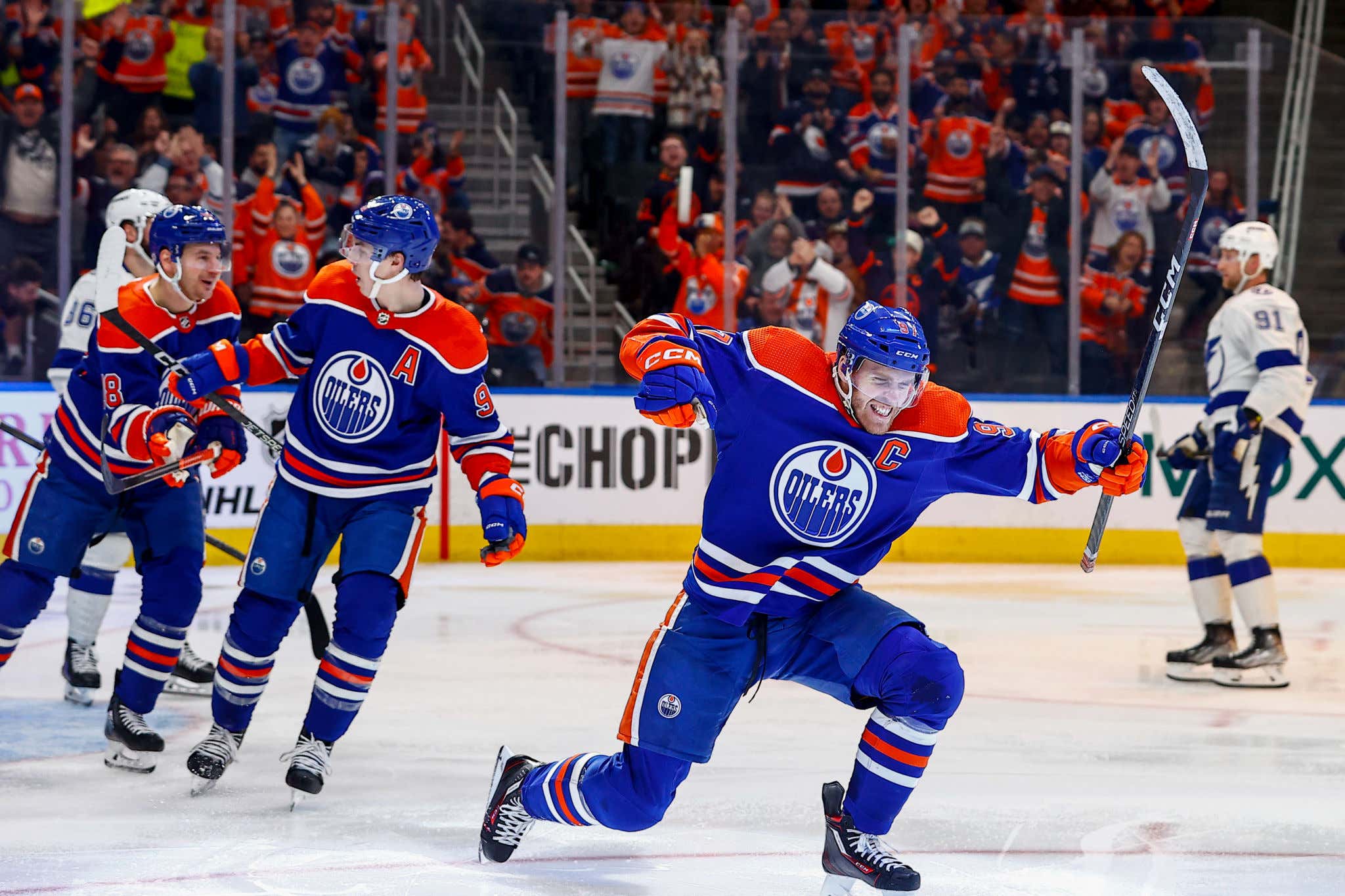 The Tampa Bay Lightning have had a pretty good thing going over the past few years. They've played in each of the past 3 Stanley Cup Finals. They've won 2 out of the last 3 Cups. And they still have their entire core locked up for another season. So I don't think they necessarily need a ton of advice here or anything.

Well if there were one thing I would tell the Bolts right now, it's that you probably shouldn't piss off Connor McDavid. You won't like Connor McDavid when he's pissed off. But that wasn't going to stop the Lightning from trying last night anyway. Exhibit A)

Pat Maroon gets called for hooking on McDavid here. He doesn't like the call, so he throws a little hissy fit and slewfoots McDavid to the ground and crosschecks him in the back while he's on the ice. If you're going to spend the next 2 minutes in the box, I guess you might as well get your money's worth. And look on the bright side--at least you won't have to spend the full 2 minutes in the penalty box. Because like 15 seconds later, this happened.

McDavid to Draisaitl. Draisaitl to the back of the net. And then get a load of this stare-down from Draisaitl to Maroon on his way out of the box and back to the bench. 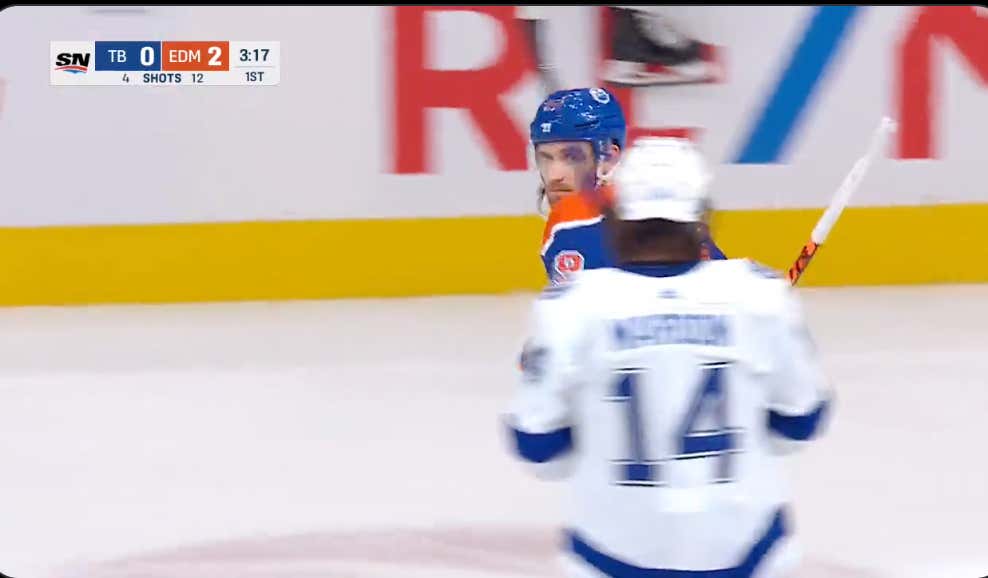 So McDavid picks up his league leading 47th assist on the season just 12 seconds after Maroon's fuckery. The Oilers take a 2-0 lead. But they still weren't even yet, so right off the first faceoff of the 2nd period we had Klim Kostin vs Pat Maroon drop the mitts.

Maroon would end his night with 8 minutes of playing time, 9 minutes in penalties, and a -1 on the scoresheet. Great game, pal.

Now let's talk about stare-downs again. Because Leon Draisaitl wasn't the only one doling them out last night. With 6 minutes to go in the 2nd period, the game is tied 3-3. Connor McDavid comes down on a breakaway. For most goaltenders on the planet, that's an automatic death sentence. But Andrei Vasilevskiy is the best goalie of this generation. He's a Vezina Trophy winner. He's a 2x Stanley Cup champion. And he's a Conn Smythe Trophy winner. So he decided to remind McDavid of that after this poke check.

Again, if there's any goalie who deserves to be able to stand over and stare down McDavid after stuffing him on a breakaway, it's Vasilevskiy. The only issue is that there was entirely too much game left. You're only delaying the inevitable.

Performs a quick magic trick and makes Ian Cole completely disappear. Cuts to the front of the net, puts in his own rebound, Oilers take a 4-3 lead and never look back. Ball game.

Sidenote: I've already mentioned that Pat Maroon played an absolute shit game last night. 9 PIMs and 2 slewfoots. Greasy son of a bitch. But at least this moment before the game was pretty cool.