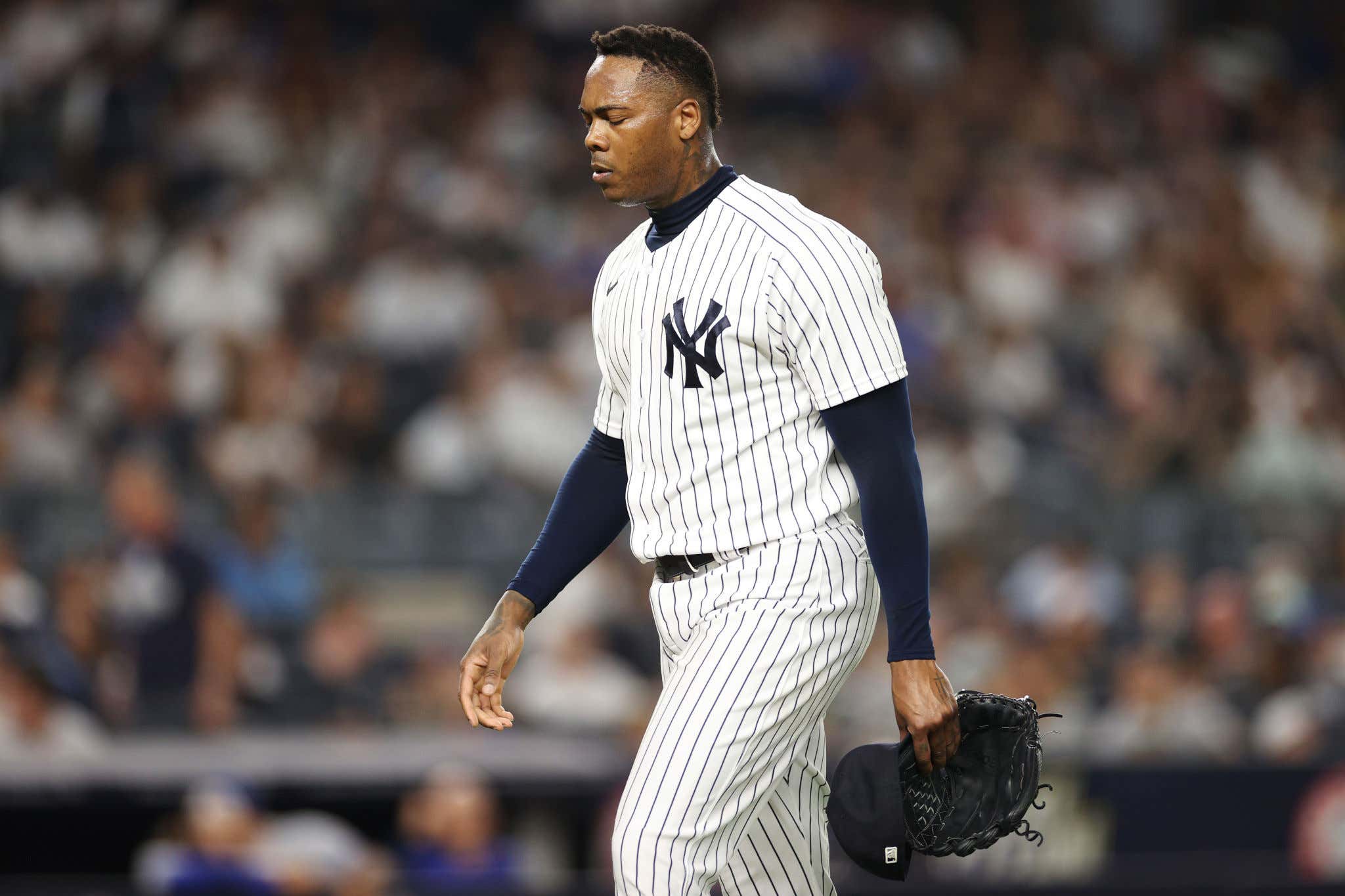 One of the best moves of the Yankees offseason happened yesterday and it didn't even involve them adding any players. That would be Aroldis Chapman signing with the Kansas City Royals on a one year deal. No longer do I have to watch this asshole enter a huge game in a crucial moment and completely implode. Not sure there's any pitcher in the league who was more likely to walk four guys in a row at any given moment. When he lost it, he LOST it. That smirk he'd give when things didn't go his way made me wanna light myself on fire.

I think I speak for the entire fanbase when I say we were completely exhausted of the guy. The icing on the cake was this clown getting the idea he wasn't going to be on the ALDS roster last postseason and deciding to go AWOL, heading to his house in Florida rather than team workouts in New York. That or having to go on the IL because of an infection from a tattoo. It's sad it took the team that long to tell him to fuck off, but the people who run the Yankees aren't exactly the brightest. It's bad that in order for Boone to stop using him he had to quite literally leave the team himself.

It is strange that his overall postseason numbers with the Yankees were actually pretty good: 21 IP 37K 8BB 1.71 ERA. The thing is he's the guy behind two back-breaking Astros walk offs and the series winning run against the Rays in 2020. When things truly were all on the line he made sure to fuck us.

So long, good riddance, don't let the door hit you on the way out.

P.S. He's 100% gonna have a good first half, thus leading to the Royals flipping him for a prospect. My money is Houston taking a stab and turning him into Mariano only to close out the ALCS against us.