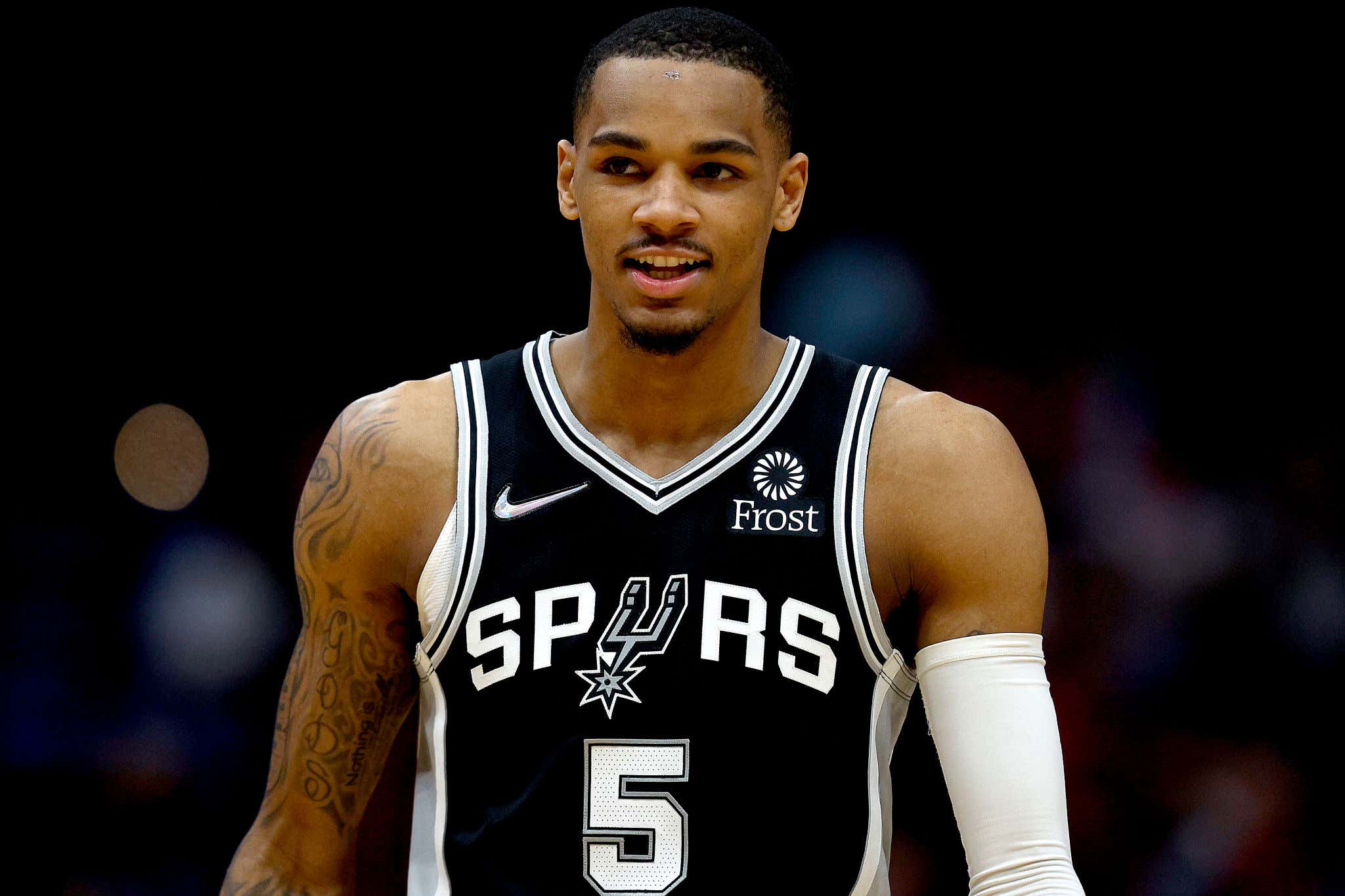 One of the cool parts of living in this day in age of NBA media and content is that normal people like us get insight into things that we never would have heard about before. I know there's some pushback about how "every player has a podcast" to the point where we now have active GMs releasing their own show, but I'd say some of my favorite podcasts are NBA player pods. Current and former players are so much more open and honest when talking with someone who they know has been through similar shit.

Which brings me to Dejounte Murray. He went on All The Smoke with Stephen Jackson and Matt Barnes and he had quite a lot to say about his time with the Spurs. Now maybe this is just me, but I don't think I've ever heard Murray talk publicly about his time in SA, especially since he's been traded so I couldn't wait to hear what he had to say. The Spurs are widely considered to be one of the best and model franchises in the league, but you or I have no idea if that's actually true. We form that opinion based on what we've heard about them. That's why I found what Murray ahad to say to be pretty interesting

Whenever stuff like this pops up and starts to go viral, it's important to remember there are always two sides to every story. Do I think the Spurs were actively playing some sort of "mind game" with their prized young player? That seems a little one sided to me. At the same time, there's probably some level of truth to what Murray is saying. It is a little crazy to be so bent out of shape because you weren't immediately starting over TONY PARKER. Eventually, he got to the point where he beat him out and that was that. But let's not pretend like Parker was some sort of scrub who didn't deserve his role.

Is there a Brent Barry situation we don't know about or something? I can't exactly speak to if Tony Parker is a selfish player because I didn't share a locker room with the guy, but I can say I haven't heard that narrative before. What's crazy is suggesting the Spurs would have won more titles if he wasn't so selfish. I mean they won 4 titles in 9 seasons winning 55+ games every year. If Ray Allen doesn't hit that shot, they win another in 2012-13. Tony Parker was a pretty big driver of those early 2010 era Spurs, so the fact that we didn't even really get specifics about why he's a selfish player sort of makes me think this is more just a personal beef between the two, to which I say please spill the details.

It's unfortunate that there is absolutely no way Pop or the Spurs address any of this, and I highly doubt Tony Parker does either. I want to know is there actually some substance to this or if this is just two former Spurs who are maybe upset about how their time went while in SA and are now using their platform to toss out some slander, knowing they won't have to answer for it. My guess says it's probably somwhere in the middle.

And maybe it's just me, but it's also kind of crazy to hear Murray talk like this when things aren't exactly thriving for him on his new team. Now the Hawks have their own organizational issues, but they pretty much gave him the keys and mortgaged their future for him only for the early returns to be pretty shitty.

I know this though, throwing shade at Spurs royalty is a dangerous game. Especially if you're embellishing things a little bit and only telling one side of the story. That's kind of lame.