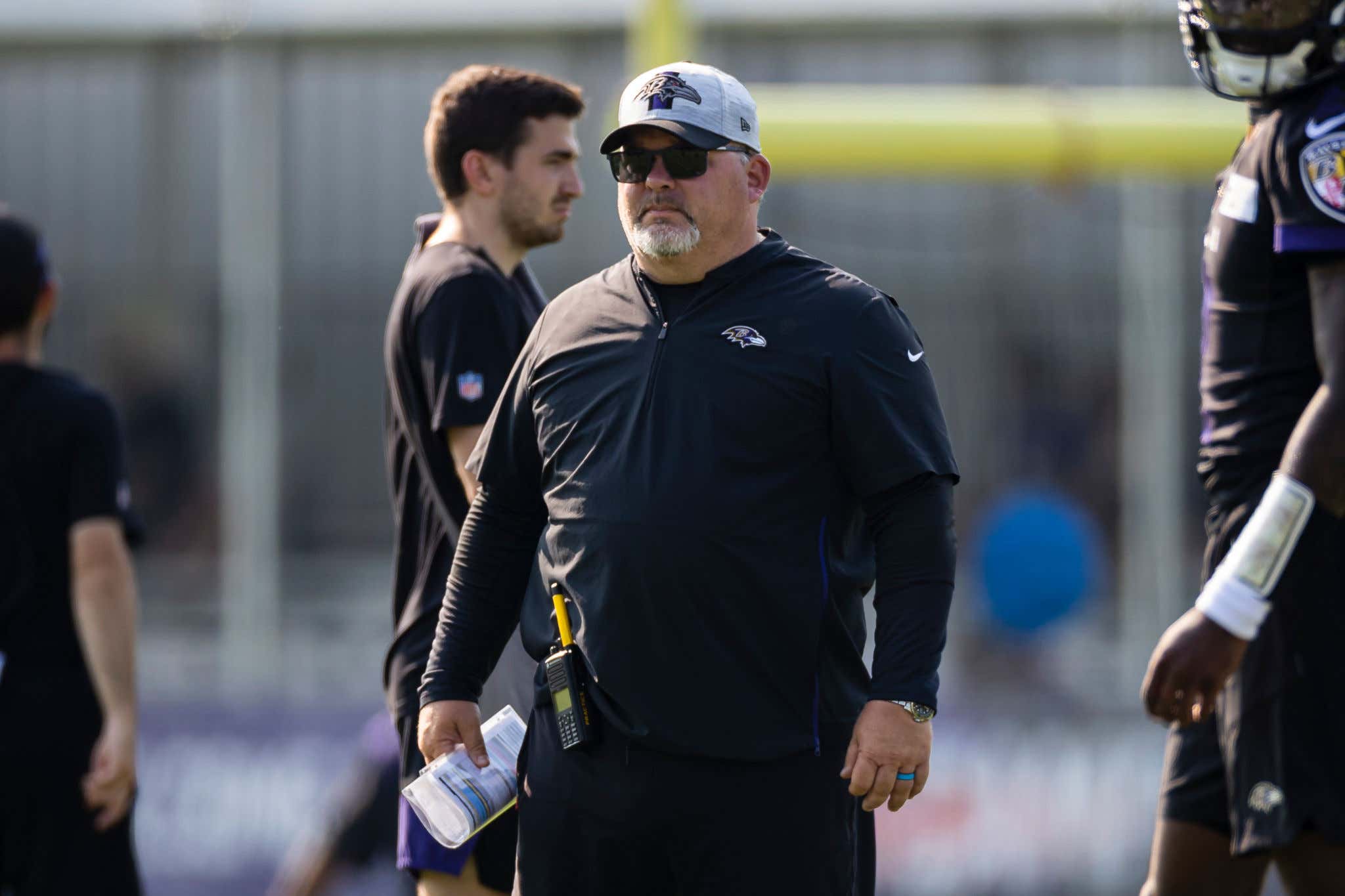 He's gone! With all due respect to all the things Greg Roman and his run games accomplished in 4 years in Baltimore, there is just no way he's not getting the Ari Gold treatment. Here goes:

Now I'm a guy who is big on continuity. The NFL (and the sports world as a whole) has such a "win now" culture where dudes are fired left and right well before they even have a chance to really get their feet set. Coordinator positions have even more volatility just because for most it's a stepping stone position. By nature, continuity is really tough to come by at the coordinator level.

I watched a lot of the Joe Flacco era get bogged down by constant changes at the OC position. Guy had 5 OC's in 11 seasons, including a stretch from 2013-16 where he 4 OC's in 4 years. That stretch in particular, save for 2014 with the brilliant Gary Kubiak in the saddle, was pretty much the worst in Flacco's career. So when the Lamar Jackson era came to be, I was all for an OC that matched his skillset and would be here for the long haul.

Greg Roman was that guy. His zone-based rushing attack and mastery of coaching option football was the perfect fit to build a foundation for an offense with LJ at the helm. That was proven and proven very quickly in 2018 when Roman was technically the "assistant head coach and tight ends coach", but really had the role of building out a Lamar Jackson-oriented contingency offense that was thrown into high gear when the rookie took over for an injured Joe Flacco mid-season. Lamar only won 6 of the next 7 to steal the AFC North, cementing Roman as the next OC in Baltimore when they parted ways with then-OC Marty Mornhinweg that offseason.

That offense was taken to another level in 2019 as Lamar led the league in passing TD's to win MVP and the offense averaged an INSANE 206 YPG on the ground. That's the only offense to go over 200 YPG on the ground since 1977 and by numerous statistical metrics was one of the greatest offenses in football history. Of course, that all crashed and burned in the divisional round as the Ravens somehow managed only 12 points on 530 yards in a 28-12 loss to the Titans. This was highlighted by the offense going an incredible 0 for 4 on 4th downs, including 3 deep in Tennessee territory. It's one of the most freakish 60 minutes of bad luck that I think has ever happened on a football field.

Of course, the perceived failure to throw our way back into that game (we tried, although I'll always contend we should have stuck to the run in that game longer…) led to demands to expand the passing game. Whether that dumpster fire of a game happens or not, that was always going to be the next step for Lamar Jackson as a young QB.

There were strides made for Lamar as a passer, but the offense was never able to repeat that same performance or build upon the passing game at any level. The run game has continued to be strong, but the passing game has floundered and the inability to plug in a lesser QB than Lamar and have any real level of success has doomed the offense in the past two years. Plus, the play-calling by Roman has been a consistent and exhausting issue for the Ravens.

The pitchforks have been out for Roman for years now and it was my belief for a while that he was scapegoated for a lot of the issues. In the spirit of the continuity I mentioned above, I continued to back Roman. I was wrong.

The lack of progress in the passing game was his death knell. The run game was always the building block and step one for this offense, and he fucking aced the test on that one. That's been his calling card for years. Step two has been a massive failure just like it has been for him elsewhere, and now it's time for him to go.

Of course, we don't know what the heck is gonna happen with the QB position, so it's hard to really project who the best candidates might be to replace him. It also makes it really difficult to sell the job to candidates too. John Harbaugh and Eric DeCosta are about to speak to the media, and I'm sure we're going to get the "we're committed to figuring it out with Lamar" sentiment, which is what they have to say regardless of whether they mean it or not. They genuinely may not know. But Lamar himself has already come out and dispelled a narrative that a pro-style offense isn't a fit for him.

In my opinion… we should just go out and like… get the best one. That would be smart. I would get behind that. I hear a lot of good things about the LaFleur guy that just left the Jets? I don't know. There's just so many unknowns with this team right now and while this is pretty high on the list, the QB thing comes first.

But for now… a big win for Ravens twitter as Greg Roman hits the road.