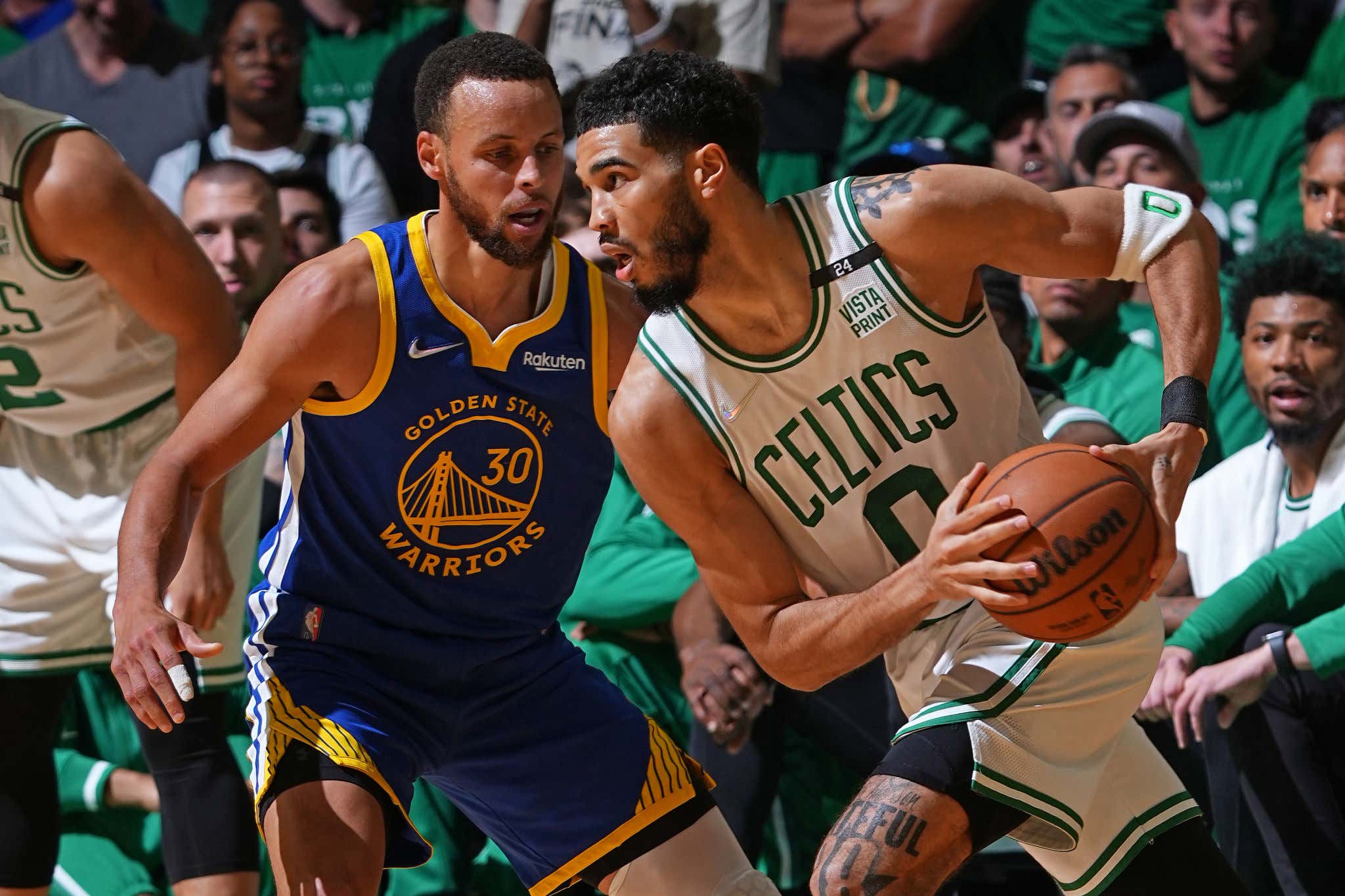 The day has finally arrived.

Some will say today is just Game 46 on the schedule. A random one game homestand before the Celts head back out on the road for another 3 game trip (which will make 6 of their last 7 and 10 of the last 13 on the road).

I call those people liars. You're lying. Today is not just some random game, sorry. I know that's what the players and coaches will say, but that's because they have to. We as fans can tell the truth and the truth is that as long as this current Celtics group and this current Warriors core exist, their games will always be more important given not only what happened in the Finals, but what also happened on December 10th.

The fact of the matter is, until we're shown otherwise, the Warriors own this team. I'm sorry if that makes you upset, but I'm simply working with the facts of the situation. I say it like that because that's exactly how we would describe any matchup the Celtics had won 4 straight in. Here's a prime example, do the Celts own the Nets? How many Celtics fans are saying no to that question?

Where I think things have maybe gotten a little wonky when it comes to Celts/Warriors is the blanket statement I've been seeing fans make about this matchup. That nothing else the Celts do this season matters if they keep getting punked by the Warriors. Tatum's MVP candidacy doesn't mean shit if he can't play well vs GS. The team is fraudulent and won't make a deep playoff run, you know, things that make absolutely zero sense.

To me, none of that shit is real.

But it would also be a mistake to say that a game like tonight isn't important. It absolutely is, but for entirely different reasons than I'm hearing people talk about.

The Warriors and their Finals comeback have created a level of pain that has molded the 2022-23 Celtics. Since Media Day it's been the only thing the entire roster has really talked about. Using that pain to get them back to the NBA Finals. Whenever Jaylen or Tatum has been asked about their individual stuff, they've ALWAYS gone back to who gives a shit, we just want to make the Finals.

Their first crack at revenge didn't exactly go so hot. No Al, no Rob, the Celts went into GS and got their asses absolutely handed to them by the Warriors. Frankly, it was the exact same type of performance we watched over the final 3 games of the Finals. Steph and Klay went nuts from deep, the drop coverage didn't work, and pretty much every Celtic that did play pooped their pants big time 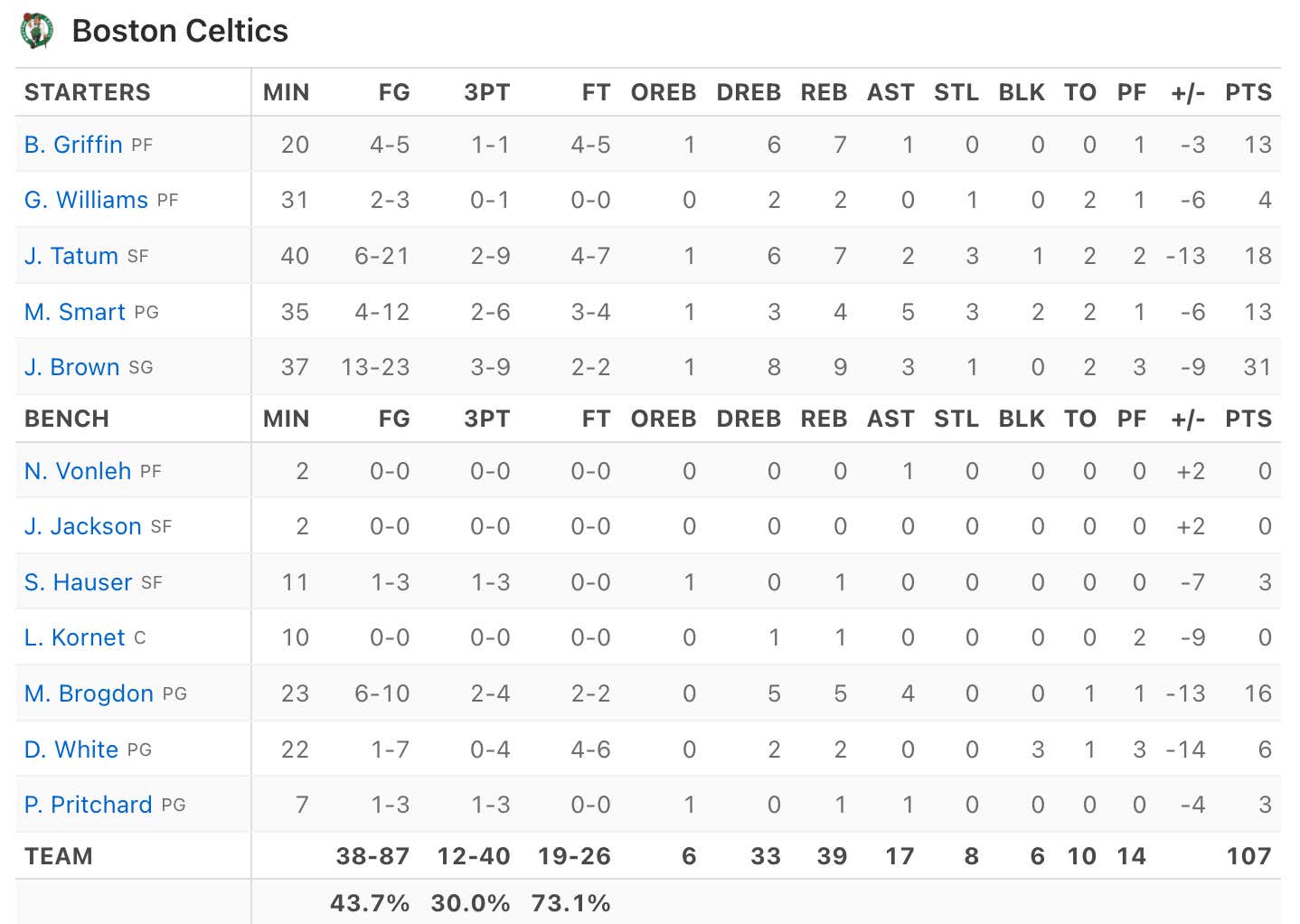 Watching that game it became pretty clear that the issue the Celts have against this team isn't talent related, it's not even really scheme related.

Throughout NBA history, we've seen teams have to find a way to beat their boogeyman. That was the case with the Bird Era Celtics, the Isiah Thomas Pistons, the Jordan Bulls, the Pierce Celts, LeBron's teams, it's not exactly a new concept.

For this era of the Celtics, the Warriors are their boogeyman. They are the final boss. I don't care what their record is, I don't care how bad they are on the road, you throw all that shit out when these two teams play.

Which brings me back to the idea of "importance".

In no way shape or form is a game against the Warriors more "important" than how the Celts do against teams like MIL/BKN/PHI/CLE etc. Head to head matchups against teams in your conference that help shape your playoff path with ALWAYS mean more than a nonconference game. Said another way, if the Celts lay an egg today, it doesn't suddenly invalidate what they did to MIL on Christmas or BKN a few games ago. It's much more important that the Celts look and play well against those teams than it is someone like GS. That's the reality.

Having said that, this game against the Warriors is important, but for pretty much only reasons that aren't really tied to the season. Playing well tonight and securing that win is important for the mental aspect of this team. When you lose 4 straight against someone and you get your ass kicked each time, that can start to impact you mentally. You can start to doubt yourself and that shit spreads. If you remember, after that Warriors loss the Celts went on to lose 4 of their next 5. They looked….off. It was clear they were mentally fucked after not showing up in such a huge game.

They were losing games they had no business losing to teams that they most certainly should not be losing to. It was said that the Warriors "broke" this team.

This time around we see the Celts enter the game in a similar spot. Winners of 7 straight and 11 of their last 13, they once again had a 2 day break before the showdown with GS, just like back in December. Now on their own floor, they have another chance to finally prove to themselves that they can actually beat this team. Remember, they did drop their last 2 to GS in their own building, including the game that sealed the title. These are demons I think you have to overcome if you eventually want to get over the hump yourself. That's how the NBA works.

If the Celts come up short, the only real basketball implication will be they drop to 3.5 games over MIL for the 1 seed. That's it. But at some point, I think as fans we would all like to see them collectively say enough is enough and finally get back to not playing like complete assholes. When you watch them play you can tell it's mental. They start to panic if they miss shots, they get careless with the ball, it's a whole bunch of "oh shit not again" type of basketball.

A lot will be made of Tatum's performance vs GS, but I think it's more than that. Jayson Tatum doesn't have a GS problem, the Boston Celtics have a GS problem. Look at that box score again from December. Tatum stunk, no two ways about it. But….everyone stunk. It's a collective issue, and the only way this team is going to get over that hurdle is if they do it collectively. It's not just about how Tatum performs, which is something I've seen a lot of over the last few days. They ALL need to be better.

Tonight is their final chance to get this bad taste out of their mouth that has been there since June unless both teams somehow meet again for a Finals rematch. You know Steph Curry is going to come ready because he is the basketball devil.

So yeah, tonight is pretty important. Love and Trust.