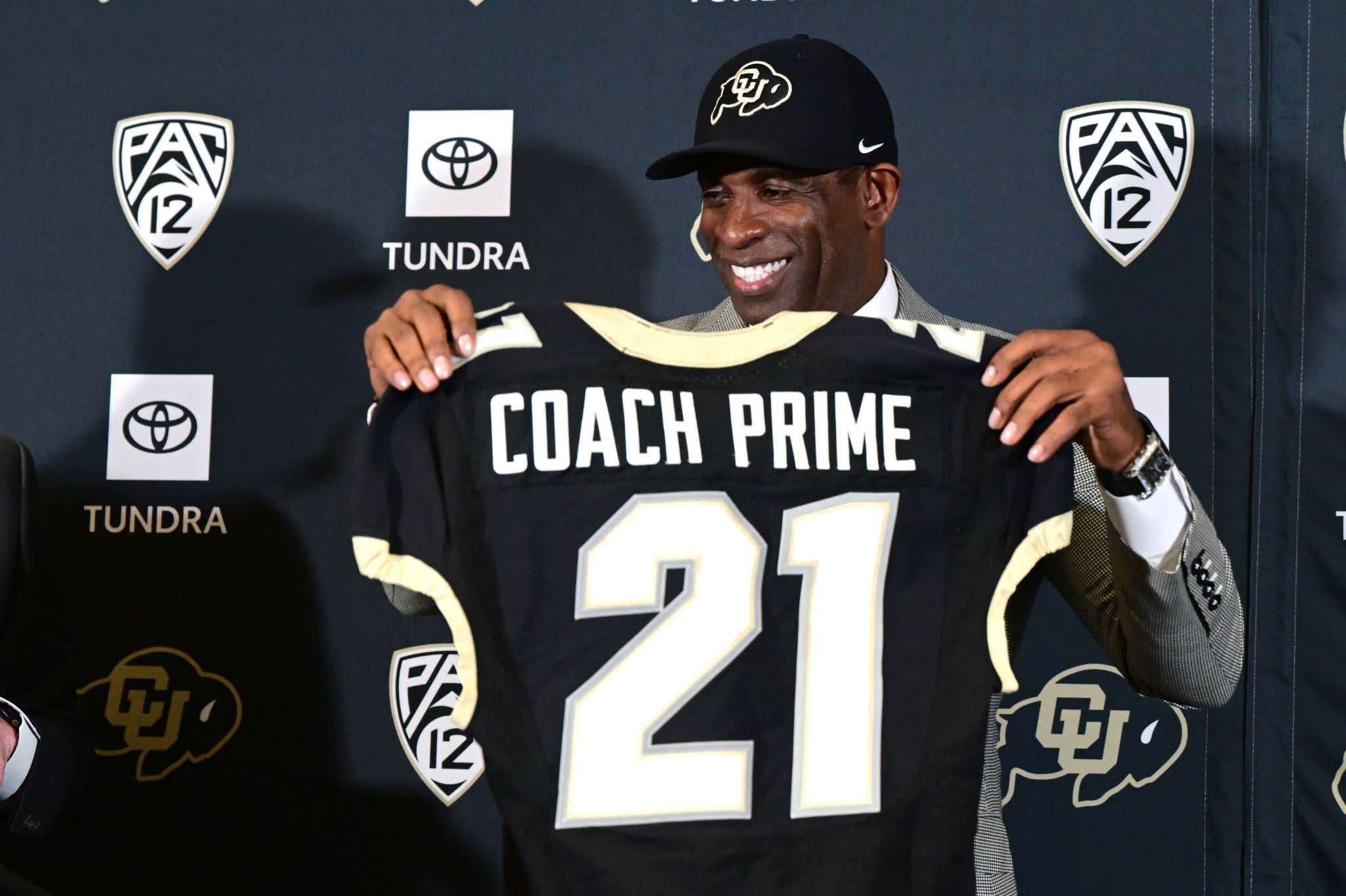 The 32 year old offensive wizard has been a favorite of mine for some time. And his stock went through the roof this year as the OC led the Oregon offense to a spectacular season. Hell Bo Nix was in the Heisman Trophy Race?!?!?! Whoever thought that could happen??? Dillingham more than earned his first shot as a head coach at Arizona State and will try to clean up the mess left by Herm Edwards.

One thing is for sure, the Sun Devils will be able to score some points sooner than later.

Matt Rhule bottomed out as Carolina Panthers head coach and was fired midseason. But that does not mean the man cannot coach college football. Take a look at his track record at both Temple and Baylor to see why Nebraska fans are excited for a new day. Rhule ESP knows what he is doing on the defensive side of the ball. Rhule's physical style of football should mesh well in the Big 10.

Bold move ranking Deion over a proven coach like Matt Rhule. But I have NEVER seen a program go from so irrelevant to relevant as quickly as what has happened to Colorado since the Buffaloes hired Deion! Tickets are FLYING off the shelves. Tons of talented players from all over the country are transferring to Boulder. And this was a completely rudderless program. Heck the Barstool Sports College Football Show has even announced they will be live in Boulder for his 1st home game on Sept 9th against Nebraska!

And there is a 0% chance that any other hire in America could have made this dramatic an impact on Colorado who honestly does not have great resources. This is going to be utterly fascinating to follow. I think Deion will have success but it will be a process. Luckily in this transfer portal world teams can turn around in a hurry but damn that cupboard was bare.

Love him or hate him Freeze knows how to win football games. The man has been successful everywhere he has been from women's basketball & football at Briarcrest HS in Memphis to Arkansas St to Ole Miss to Liberty. He certainly has not been without his fair share of controversy but the man is a heckuva coach. Let's not forget he even beat Nick Saban in back to back seasons in 2014 & 2015. No other coach can say they have done that recently.

Freeze is already doing well in recruiting and the transfer portal at Auburn. He has a rabid fan base and solid resources to win there. Do not be the fool to write him off. He is capable of giving Saban fits in the Iron Bowl. However Auburn is one of the most volatile programs in the country year to year AND they just hired a lightning rod as head coach. Who knows what will happen but he is going to win some big football games as he always does.

Talk about a grand slam hire. Wisconsin has to be on the dang moon. Someone finally pulled Fickell away from Cincy and this is a perfect fit. Wisconsin has a great tradition and has won big in the past. This is a good job and they hired a coach that knows defense and can recruit. I expect a fairly quick turnaround.

I was surprised by Fickell hiring OC Phil Longo from North Carolina because Wisconsin has certainly never been an up tempo high flying offense. But with Fickell's track record, he gets the benefit of the doubt. And I expect him to bring in more talent to Madison than they have had in quite some time with his ties to the excellent Ohio high school football. Wisconsin will resume its spot as a top 5 school in the Big 10 sooner than later.

Please do not buy these shirts. I will be ashamed to see them.