It’s a battle of UCLA centers as Kareem Abdul-Jabbar of the Milwaukee Bucks faces Bill Walton of the Portland Trailblazers for the first time. Kareem dominates, scoring a game-high 50 points with 15 rebounds and 11 assists, while Walton had just seven points for Portland. The veteran takes the rookie to school as the Bucks win the game at the MECCA 122-108.

The dynasty of UCLA was built on the foundation of two big men, Kareem Adul-Jabbar and Bill Walton. While their string of seven straight championships began in the era in which Kareem, then known as Lew Alcindor, attended the school. The Bruins fell short of a National Championship in Walton’s senior season in 1974 but enjoyed an 89-game winning streak.

Kareem Abdul-Jabbar was already an NBA star when Bill Walton was drafted first overall in 1974 by the Portland Trailblazers. Kareem led the Bucks to an NBA Championship in 1971 and won three MVP awards (1971, 1972, and 1974). Walton, meanwhile, was having growing pains in his first NBA season as he battled a chronic foot problem that would limit him to 35 games.

Milwaukee had its own problems when Walton faced Kareem for the first time in the NBA. The Bucks were hovering at .500, holding a 20-20 record under coach Larry Costello as they seemed to be in a haze after losing Game 7 of the NBA Finals the previous year to the Boston Celtics. The Blazers, meanwhile, was sitting at 19-22 under player-coach Lenny Wilkens. 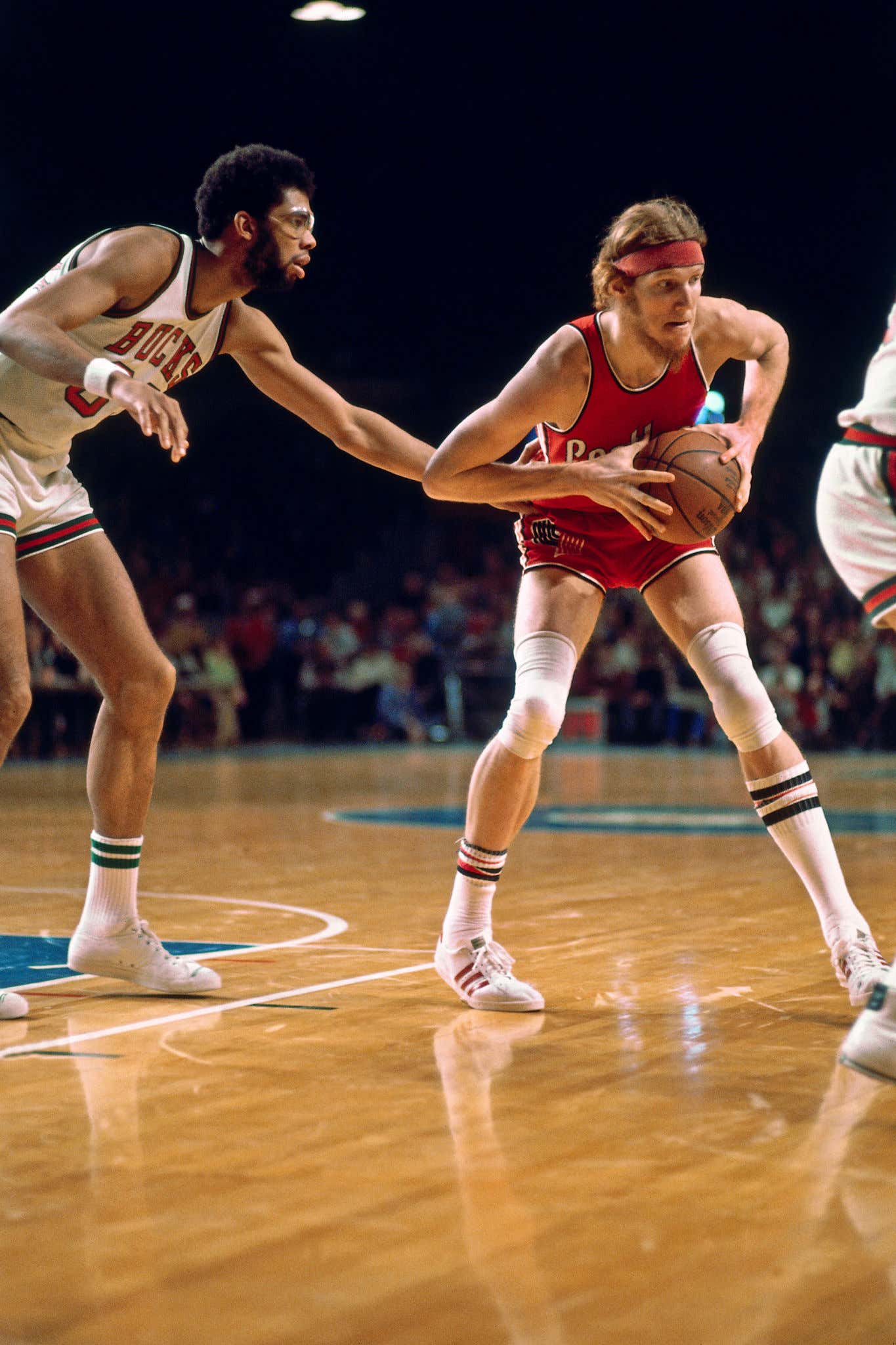 The two Bruin centers went head-to-head for the first time on Sunday in January, where Kareem Abdul-Jabbar delivered one of the greatest games of his NBA career. Clearly, the veteran was looking to take the rookie to school as he dominated the game from the start, becoming the fourth different player to have a triple-double while scoring 50 points. Kareem scored 50 points with 15 boards and 11 assists in Milwaukee. Elgin Baylor had previously done the feat and Wilt Chamberlain, who each accomplished it twice, and Richie Guerin. Bill Walton, meanwhile, had just seven points as the Bucks won 122-108. Another UCLA alum, Sidney Wicks, led the way for Portland, scoring 31 points.

Both the Bucks and Blazers finished the 1974/75 season with a record of 38-44. It marked, an 11-game improvement for Portland, while the Bucks finished last in the Midwest Division a year after reaching Game 7 of the NBA Finals. It would be the final season for Kareem Abul-Jabbar in Milwaukee as he was traded to the Los Angeles Lakers. In 1977, Kareem and Walton would meet in the Western Conference Finals in 1977, with Portland winning four straight games on the way to an NBA title.

Kareem Abdul-Jabbar’s 50-point triple-double was the last in the NBA for 41 years, as the feat was not repeated until Russell Westbrook in 2016.