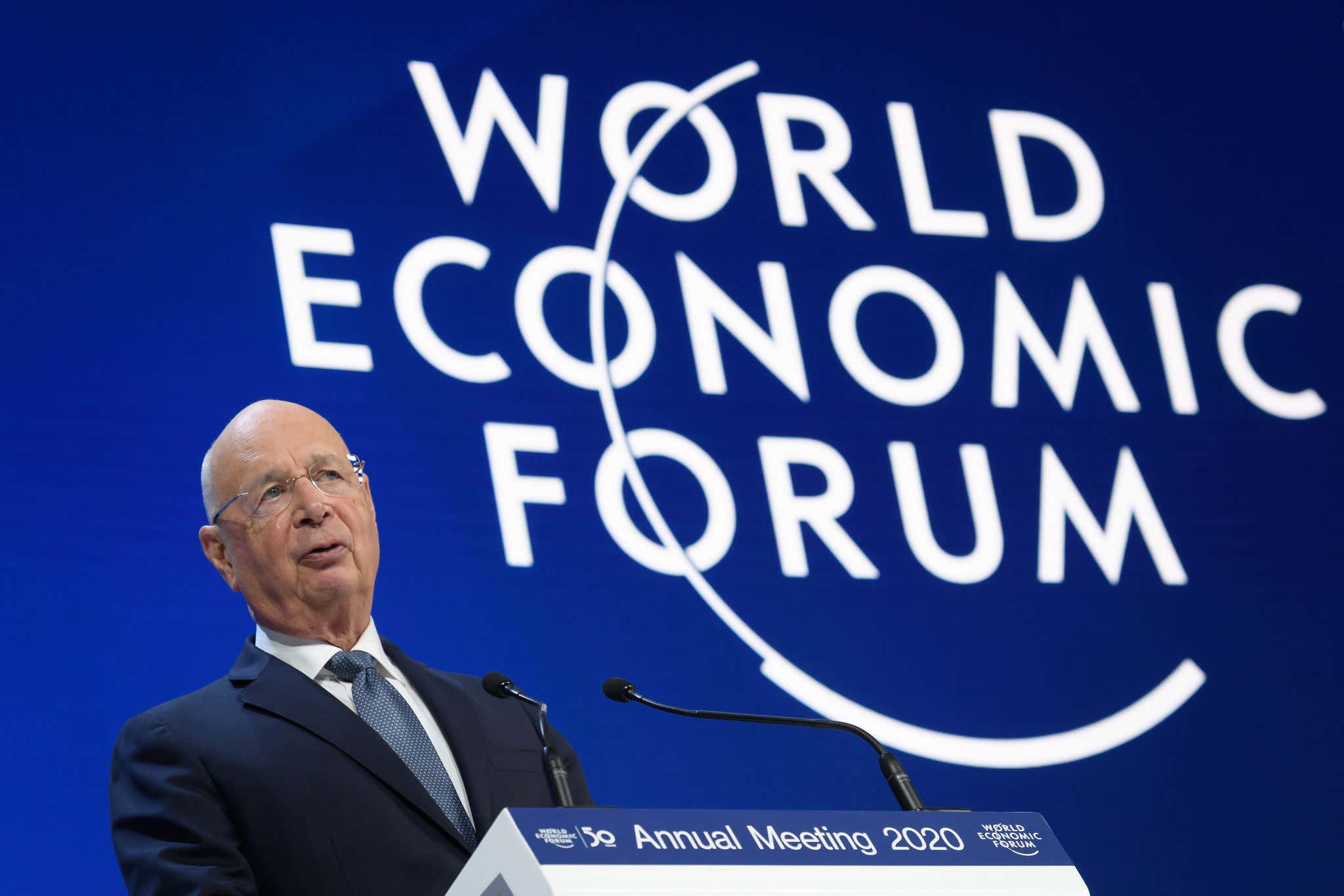 If you heard there's an annual gathering in the Swiss Alps of elite, wealthy, powerful people to discuss their plans for the future of the entire world, you wouldn't be out of line if you immediately thought we're talking about SPECTRE, Hydra, the Legion of Doom, perhaps. But you'd be mistaken. Slightly.

It's the World Economic Forum. Which consists of leaders in government, the financial sector, academia, industry and others, meeting in Davos, Switzerland to move metaphorical pieces around their theoretical Risk board and plan the future for all of us. So they fly in private jets (it's been reported to be as high as 1,700 separate aircraft) to talk about the effects of the carbon emissions from your Nissan Rogue. Promote ideas like government-issued digital currency replacing cash. Prepare for a world where meat is something you consume once in a while, like a special treat instead of a daily staple. Plan a rental-based economy where people don't own anything, and so on.

And if those last couple of items sound like they're the rantings of the crazy guy sitting across from you on the train to work this morning, they're not. They're from a video the WEF put out a few years ago:

"You'll own nothing and be happy," are their exact words. Their equivalent of Judge Smails, "You'll get nothing and like it." With you and me as the Spaulding in that scenario.

Anyway, while the Masters of the Universe gathering in the mountains might not be able to relate in any way whatsoever to the average working person, they are very much familiar with what old TV detective shows used to refer to as "Working Girls."

Daily Mail - The global elite tackling the world's greatest problems - including gender inequality -at the Davos summit are fuelling a surge in prostitution in the Swiss resort town.

Demand for sex work skyrockets each year at the meeting of world leaders and business tycoons who jet in from all around the world to rub shoulders with each other.

Escorts are booked into the same hotels. …

One sex worker named Liana said she dresses in business attire so she doesn't stand out among the executives, despite prostitution being legal in Switzerland. …

The manager of one escort service in Aargau, 100 miles away from the summit, says she has already received 11 bookings and 25 inquiries - and expects many more to follow this week. …

Salome Balthus, a sex worker and writer, posted on Twitter: 'Date in Switzerland during #WWF means looking at the gun muzzles of security guards in the hotel corridor at 2 a.m. - and then sharing the giveaway chocolates from the restaurant with them and gossiping about the rich… #Davos #WEF.'

Listen, there'll be no Sex Worker-shaming here. Liana and Salome Balthus are presumably adults who are free to do whatever they want to earn what is a legal, honest living in Switzerland. If they can clear $2,500 plus expenses per night for attending some Lemon Party filled with pruney, liver-spotted old bank executives drunk on single malt and waiting for their Cialis to kick in and it's worth it, more power to them. Go snap necks and cash checks, sister.

And as far as their clients? I guess rich, influential men still have rich, influential penises that need servicing. (And for 760 bucks an hour they expect you to not forget about their low-hanging fruit, either.) I mean, they didn't fly a PJ all the way to Davos just to stay celibate for five entire days. And they expect nothing but the best escorts their money can buy. There's only so much you can sit there listening to a panel discussion on "Why We Need to Rethink Energy Security in the Transition to Net-Zero" or "The First Research of Its Kind: Defining, Building and Governing a Metaverse for All" without having the carrot of a world class hotel room BJ dangling on the end of that stick.

And you have to give these guys credit. You'd think that dropping everything to traipse halfway across the globe to strategize with a bunch of oligarchs on how to save the world would be pure tedium. One of the most boring ways to spend a week. But between the top-notch travel, gorgeous setting, luxury accommodations, 5-star food and drink, and the finest Sex Workers in the business there at their beck and call, they've actually found a way to make building a better tomorrow fun.

And if you'll allow me to speak for all of us, behalf of the rest of the human race, we thank the men of the WEF for their sacrifice. Stay safe, ladies. I hope they tip well.