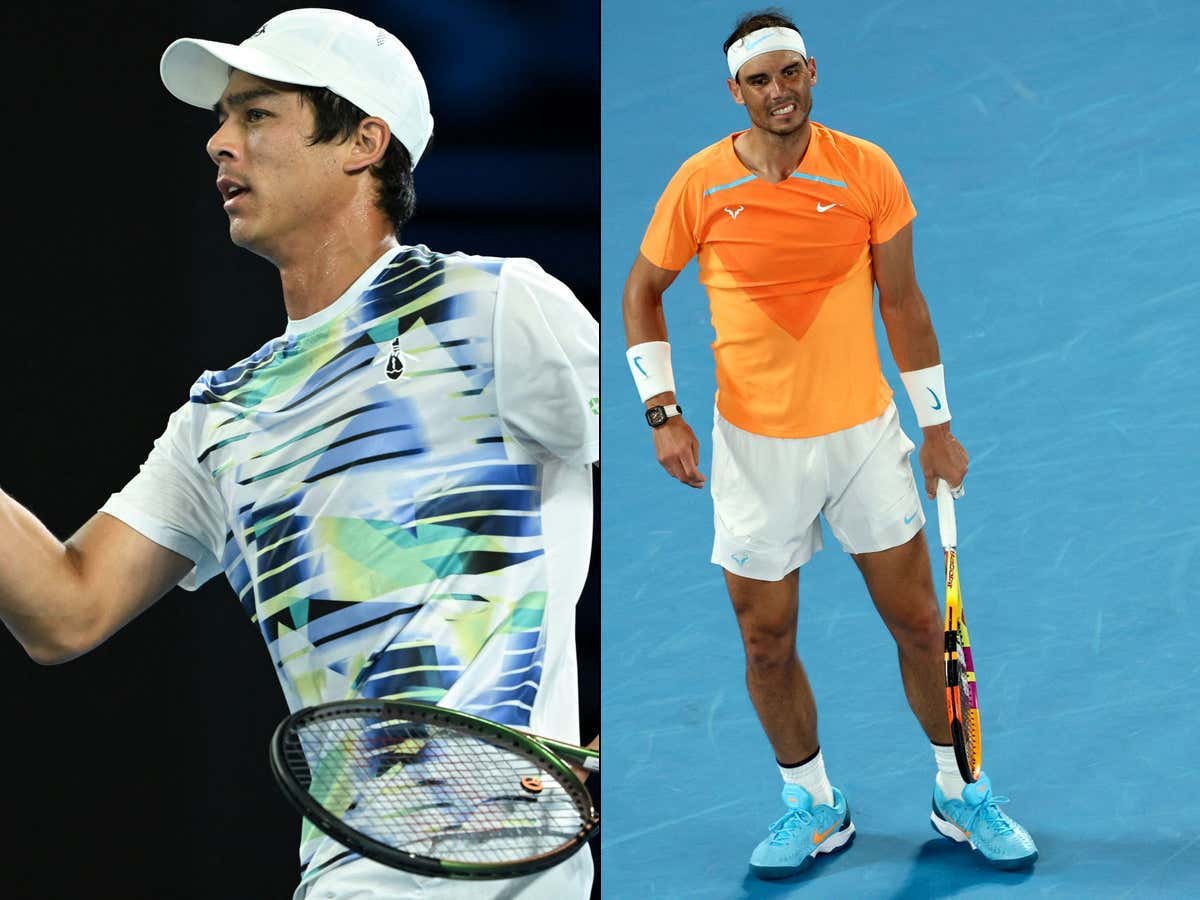 We've got our first stunner down under as American Mackenzie McDonald just took out the defending champ and 22 slam winner Rafael Nadal in straight sets in the second round of the Aussie Open.

The main story from this match is going to be Rafa's health. It absolutely blows to watch him be hampered by what appeared to be a bad hip that he injured in the second set. The warrior in him refused to retire as he gutted out the remaining set and a half to finish the match. There's a lot of pride in doing something like that in the tennis game.

Hell, even in the third set he had some moments that made you think just maybe he was about to flip the script and begin his comeback. Unfortunately for the Spaniard that hip just wouldn't allow him to really get going. Rafa had a ton of trouble changing directions which will obviously doom you with tennis. He could still stand and bang, but the moment he had to move it was a non-starter for the most part.

A huge bummer here is that Nadal's injury is going to take away from how good Mackenzie McDonald was in this match. The American entered the match as a huge underdog and absolutely out-played Nadal before the injury happened (Nadal closed around -1400) .

We'll never get to know if he was gonna pull it off if Rafa's hip didn't give out, but he really played a perfect match. I think any tennis player will tell you one of the more difficult things to do is play an injured opponent. It's easy to say you murder the guy, but there's gonna be a natural let down just knowing the other person isn't 100%.

The 3rd set would have been a whole lot easier for McDonald if he worked in a handful of drop shots and made Rafa run. He didn't have it in him to take advantage of the injured Nadal that way. You gotta respect that, but as a result things got a little tricky trying to close it out with Nadal going for broke more and ripping some winners. Can't tell you the amount of times I've seen an injured Nadal, Federer, or Djokovic battle through pain and come back on an opponent out of nowhere. It's so hard to close those guys out, so credit to Mackie for powering through and getting out of there in three sets. You never know if Rafa loosens up more if the match extended any further. Kinda stunk for Mackie that he didn't even know if it was cool to celebrate once the match was over. Dude you just knocked Rafael Nadal out of a grand slam! Obviously weird feeling to celebrate, but man that's a career moment for him he'll never forget.

Something crazy to note —this is the first time an American has beaten Rafa at a grand slam outside of the US Open. I'm tellin ya, American men's tennis hasn't been this good in a long fucking time. We are DEEP with talent, it's only a matter of time before someone breaks through and wins a slam. With Nadal out this swings the door wide open for Frances Tiafoe to make the quarterfinals. I'd make him the heavy favorite with the way he looks to get to the final 8 and have a shot at the semis. Go Frances Go.

As for Rafa, this could have easily been the last time we seen him at this tournament.

The injuries have piled up of late and he's a dad now. Wouldn't shock me if he rests whatever this injury is, puts all his time and effort into the clay season, and tries to go out a French Open champ one last time before hanging them up. Seems like a perfect storybook ending if you ask me. Only time will tell.