I gotta hand it to this Utah State fan. Not just for the dancing but for the fact that he somehow looks like a grown up Ham Porter combined with Zach Galifiankis. This is also downright impressive because I didn't think dancing was legal on any campus in Utah.

Let's get into it though. Right off the bat, you know he means business. This is the look of a man who has done this dance at least a half of a dozen times in front of a mirror. We all know this move. Get a shirt, stick it between your legs and gyrate. 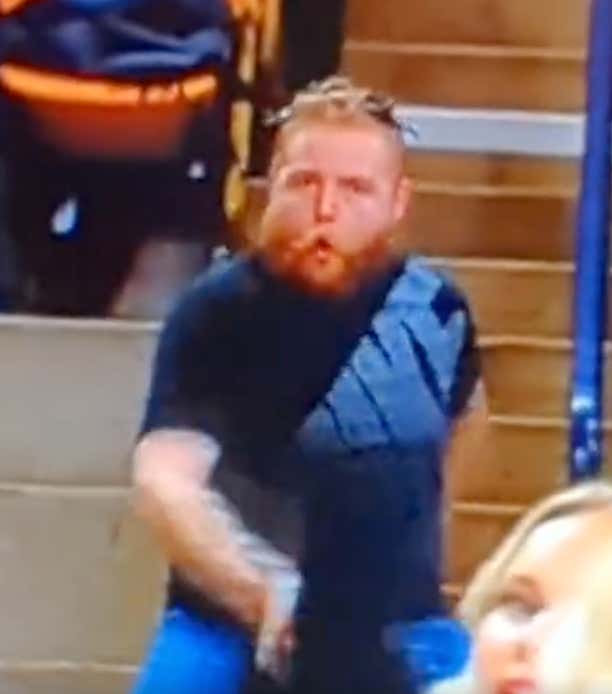 He doesn't just settle for that though. He flawlessly moves that shirt from the crotch region to the next classic move. Twist it round your head, spin it like a helicopter. 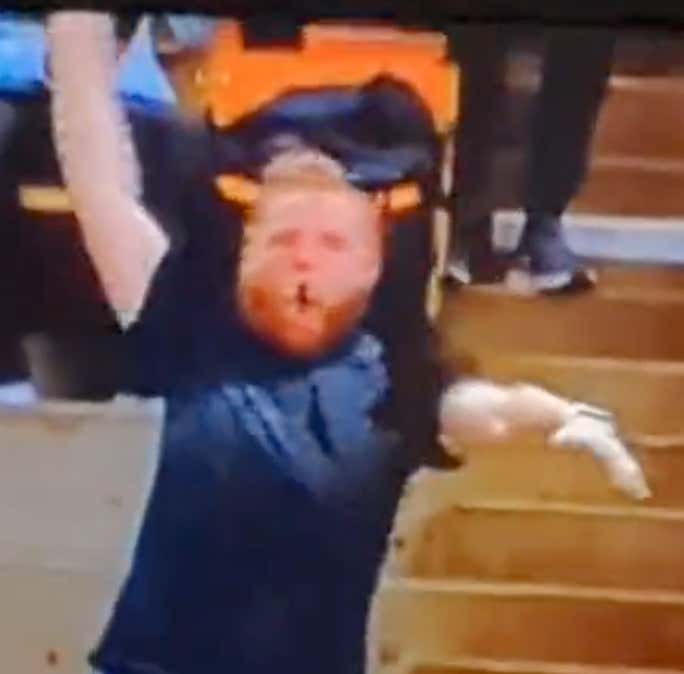 Love the belly peeking out during this move. Classic guy being a dude.

Then around the :15 second mark he completely loses his prop and the arm goes wild. This is typically a weird uncle during Get Low at every single wedding you've been to. Not exactly sure what his arms start doing. It gets the people going, I do know that.

So shout out this guy. Utah State always had awesome home crowds and he's adding to it. Can't say it wasn't worth the 4 points they won by either.