Nothing gets you jacked up like a little Wabash Cannonball and fuck KU chants. I said it before, but this is fair game. Kansas has dominated it, but it's an awesome rivalry. It's true hate, especially from the Kansas State side. They live to beat Kansas.

As for the game itself? Sure, refs called way too many fouls. Welcome to college basketball. BUT, it was awesome. Jalen Wilson is No. 2 in NPOY and might be closer to Edey than people realize after he went for 38. But ultimately it was this design by Jerome Tang that won Kansas State the game.

Unreal design after the timeout and an even better pass by Nowell. Fitting it was Nowell to Johnson, the two guys who have really been the turnaround for this season. Naturally, Kansas State storms the court. A+ court storm:

But even better is Jerome Tang taking the mic on top of the scorers table to lead the KSU chant. 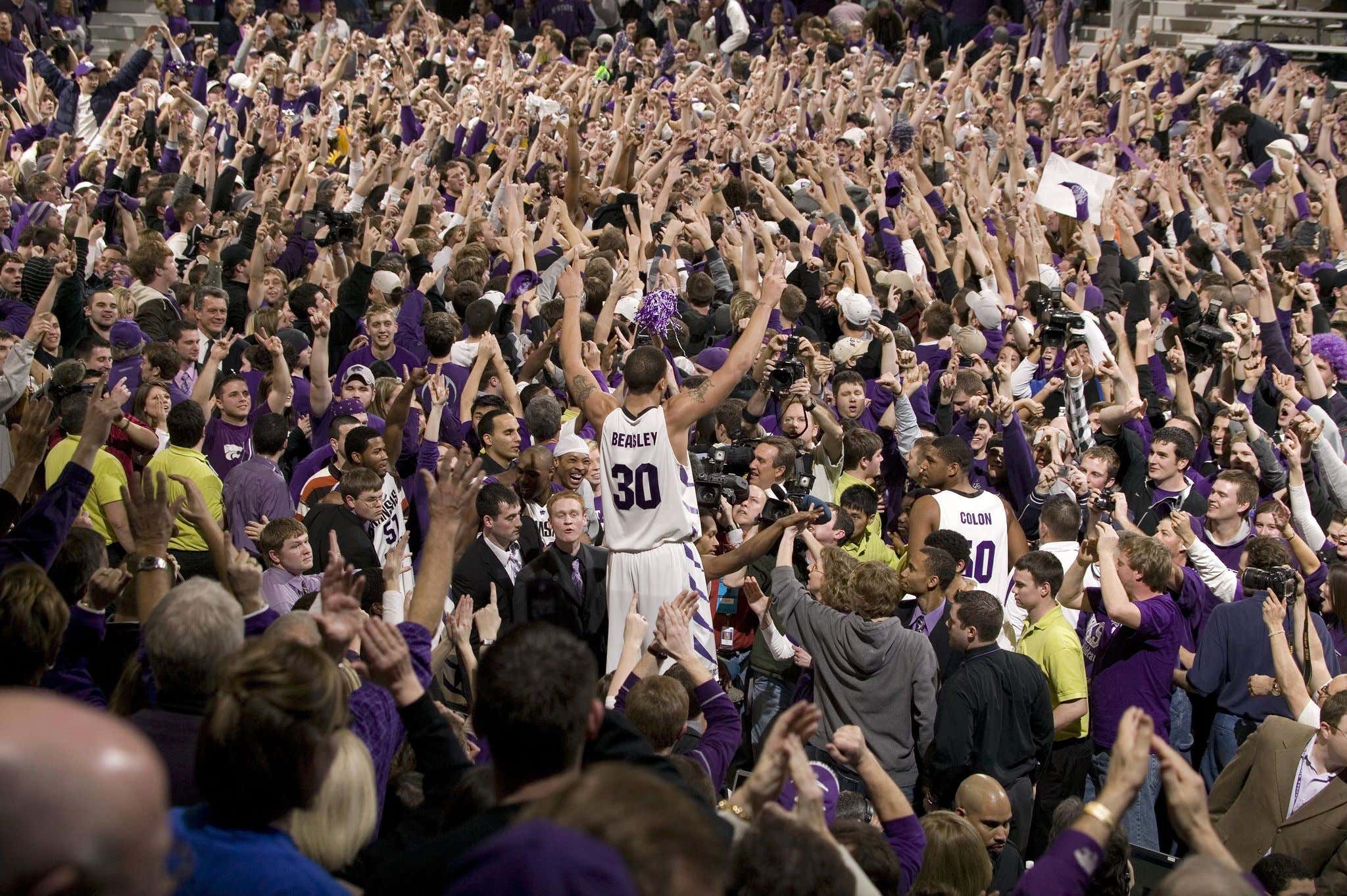 Tang just gets it. Helps he's a hell of a coach who is finally getting a chance as a head coach. But he just gets it. He spoke earlier this week about hyping up Kansas State and getting fans to be this crazy for every game, not just Kansas. He wants to flip it to not care about Kansas as much - tough to do - and focus on winning the Big 12 and other titles.

This is what college hoops should be though. Crowds going wild. Hate between rivals. A star like Wilson making plays. The alley-oop for the win. Court storms. That's everything that's awesome about college basketball.