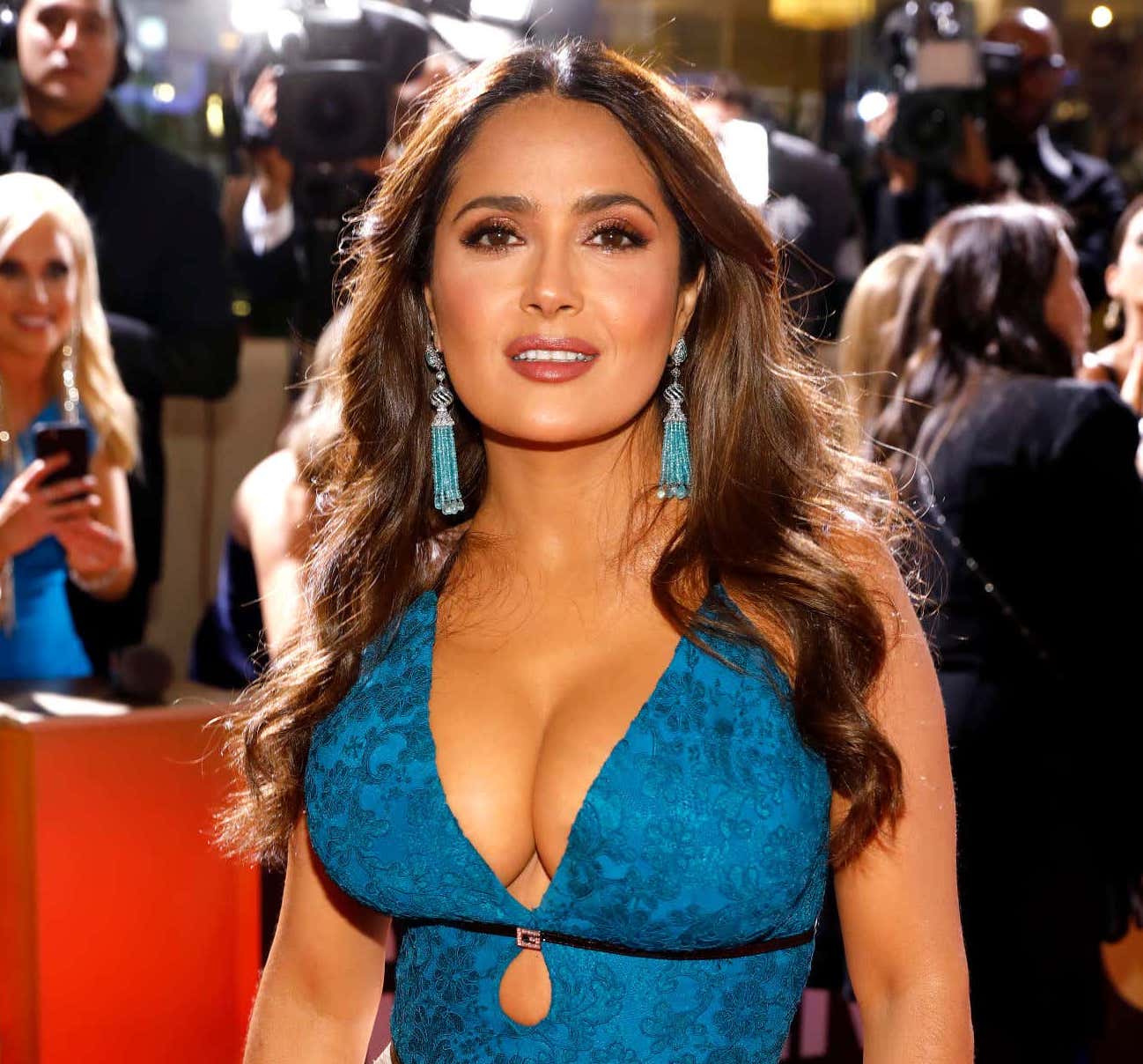 Channing Tatum is ready to take it all off again as the titular male stripper in “Magic Mike’s Last Dance,” which bumps and grinds into theaters on Feb. 10.

But although the 42-year-old actor began stripping when he was just 18 — loosely inspiring the original “Magic Mike” in 2012 — even he felt awkward about putting the moves on costar Salma Hayek, 56, in the franchise’s third film.

“I mean, she was one of my first crushes,” he told Vanity Fair about dry-humping Hayek’s character in the movie’s opening scene. “But I do have to say that’s almost the comfort zone for me.”

Shout out to that son of a bitch Channing Tatum for fulfilling one of the greatest fantasies a human being can achieve. Everyone has their first celebrity crush. You know, the man or who woman who told our brains that we like a certain type of sex. That there's more to life than video games and sports. For me it was Hayden Panettiere when she starred in the hit show Heroes. I'm in my early teenager years as she's portraying the same aged girl with supernatural powers? I would've done anything back then to be with her. Hell, I would have become Sylar in a heart beat.

Now you got Channing Tatum starring in the final Magic Mike movie coming out next month. Also featured in the movie? The never-aging, all-time smoke Salma Hayek, one of Tatum's first ever crushes. What a dream, but also what a mind fuck that's gotta be. You grow up worshipping her as a kid and now you're the guy in the movie with the goddess herself. He described it as awkward, but later on you gotta imagine he looked in the mirror and had one of those life-reflections realizing the magnitude of that moment in time.

They say never meet your heroes, but I think this is an exception. Naturally this was enough motivation for him to get into the best shape of his life. You hear it NFL training camp or MLB spring training all the time with guys coming in looking unbelievable, but when you got extensive sex scenes coming up with Salma Hayek you actually drop all things and make it your one focus to actually look the best you possibly can.

(Vanity Fair) Certainly not after audiences take in Magic Mike’s Last Dance, for which Tatum got into “the best shape of my entire life,” he tells me, at which point I actually have to stop making eye contact with him because, like, I know. The evidence is very much on display in the third and final installment of the franchise, which begins with a scene in which the title character dry-humps a character played by Salma Hayek Pinault for so long and in so many different positions that it may cause brain hemorrhages in women over 40.

Wait a second, do I have to watch this movie now? At least they giveaway it's the first scene of the movie, but goddamn that's as good of promotion as you can come up with. Cheers to you Channing Tatum, what a gig that guy fell into.

By the way, I absolutely refuse to believe Salma Hayek is 56 years old. For reference Chris Klemmer is 43. How those two are of the same species is fucking nonsense. She truly defies logic, throwing 99 on the black pretty much forever. You think Justin Verlander throwing gas and winning a Cy Young at 39 years old is impressive? Try pulling off her numbers and I guarantee you die trying.