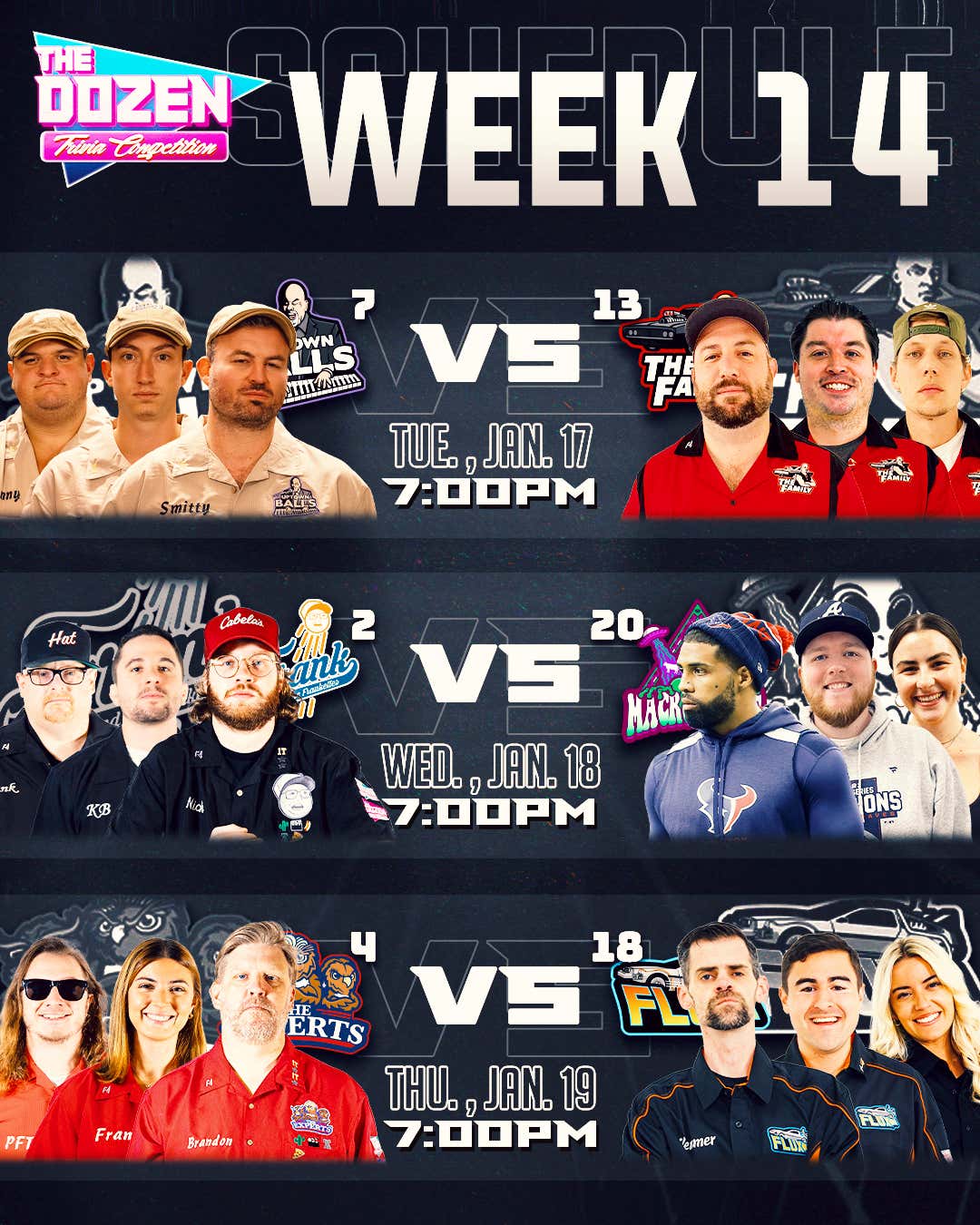 Relegation week is over, and with it, congratulations to the Booze Ponies, Foreplay, Misfits, and Swamp Ass for surviving. Sadly, the season ends for Bois Boys Boyz, the Conmen, the Icemen, and Everybody Rides. The season moves on as we have three expansion teams taking on three classic teams as teams try to move up the rankings, and players build resumes for the eventual All-Star game. Our correspondent Scoops L'Aguirre has the breakdown… 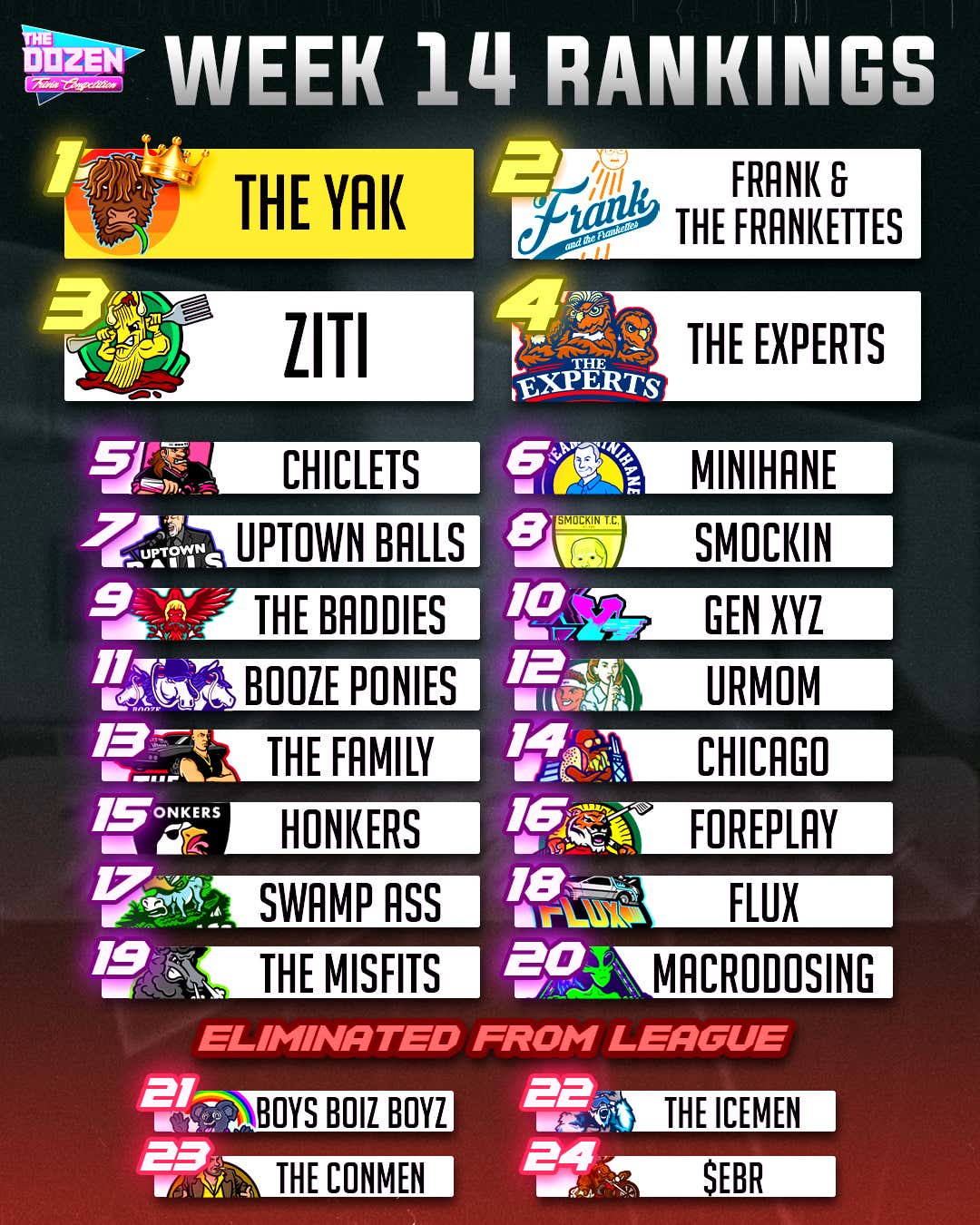 The Family is a broken home. Feits walked out on them, and they tried to pick up the pieces by signing Rico Bosco. I am not sure if that is the best signing, as Rico’s specialty (College Basketball) is something Reags has locked down. This team already struggles with decisiveness and communication, and Rico Bosco’s waffling on questions is why the original Team Ziti struggled.

For The Family to win, they need to play perfectly, and they need Uptown Balls to bring out their old chaotic selves. Do not expect that to happen because Uptown Balls have been playing good trivia for the last nine months.

The last time we saw Macrodosing play, they pulled out an OT win over the Booze Ponies. They have been solid in both their showings this season but face steep competition against The Frankettes. To win, they will need luck on their side: win the Bonus Round, hit their Niche, hope the Frankettes miss their Niche and then sweep College Football (Big T) or Mashups (Mad Dog). Even then, the Frankettes are a high-scoring machine who typically find ways to win. If Macrodosing can pull off the upset, they will soar through the rankings to where they will firmly be in the tournament field.

For the Frankettes, this is an opportunity for Nick and KB to score points for potential All-Star/MVP bids.

Flux is back for the first time since their early November win over EBR. The last time Chris Castellani played against The Experts was during his debut, where he torched them so badly Brandon had to take multiple weeks off from playing to recover mentally.

The Experts are coming in hot now, as they have won their last two games by an average of 10 points. The Experts are the only team with three players ranked in the Top 20; meanwhile, Flux has Chris in the Top 5, but Klemmer and Alex Bennett currently rank in the Bottom 10.

For Flux to win, they need to sweep their specialties (MLB, Movies, etc.) and pray that Fran misses a Mashup for the first time in months. If Flux loses this game and Klemmer/Bennett don’t put up points, then Flux may need to seriously look into the free agent market if they want to make a push for the tournament.

WEEK 13 PLAYERS OF THE WEEK 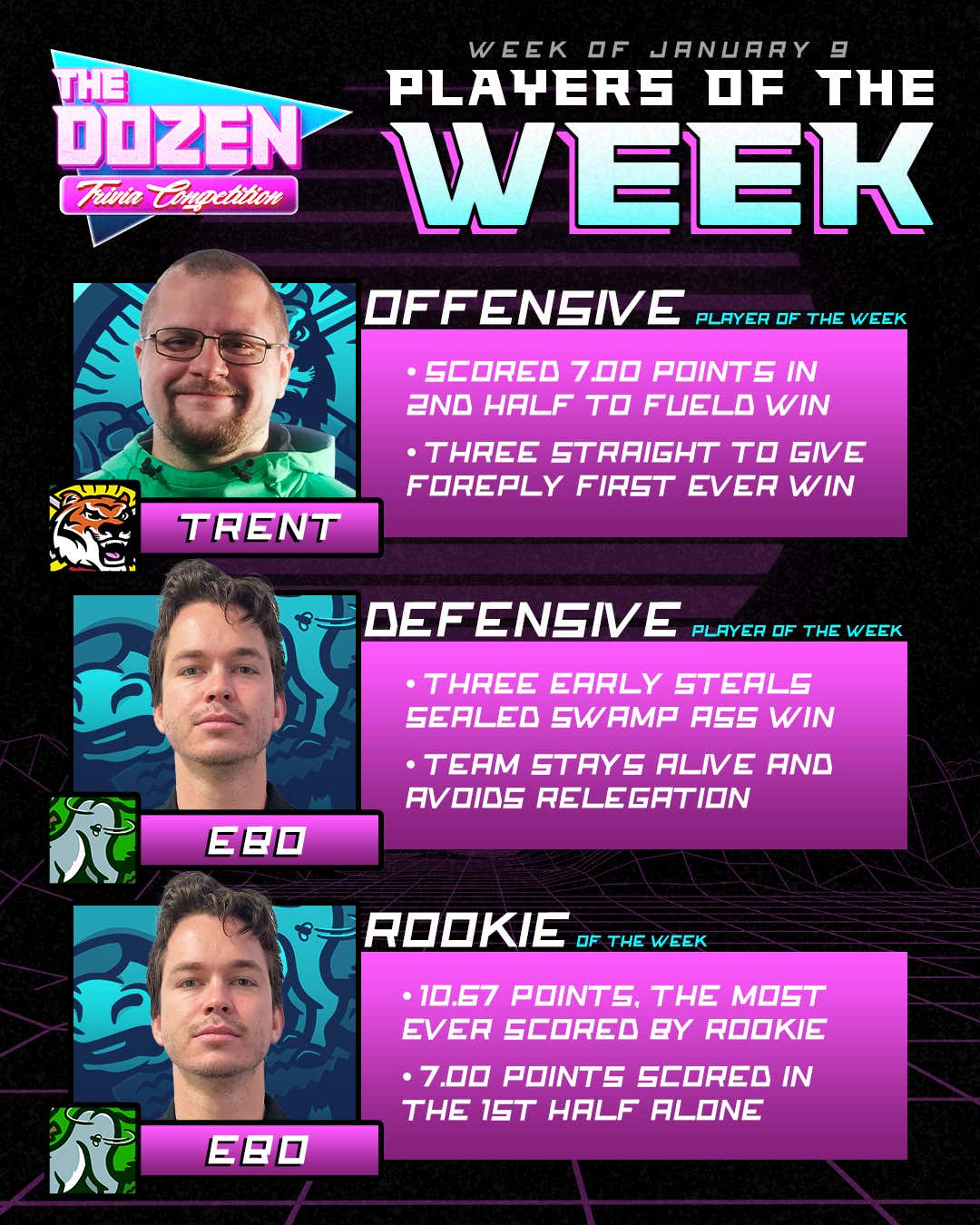