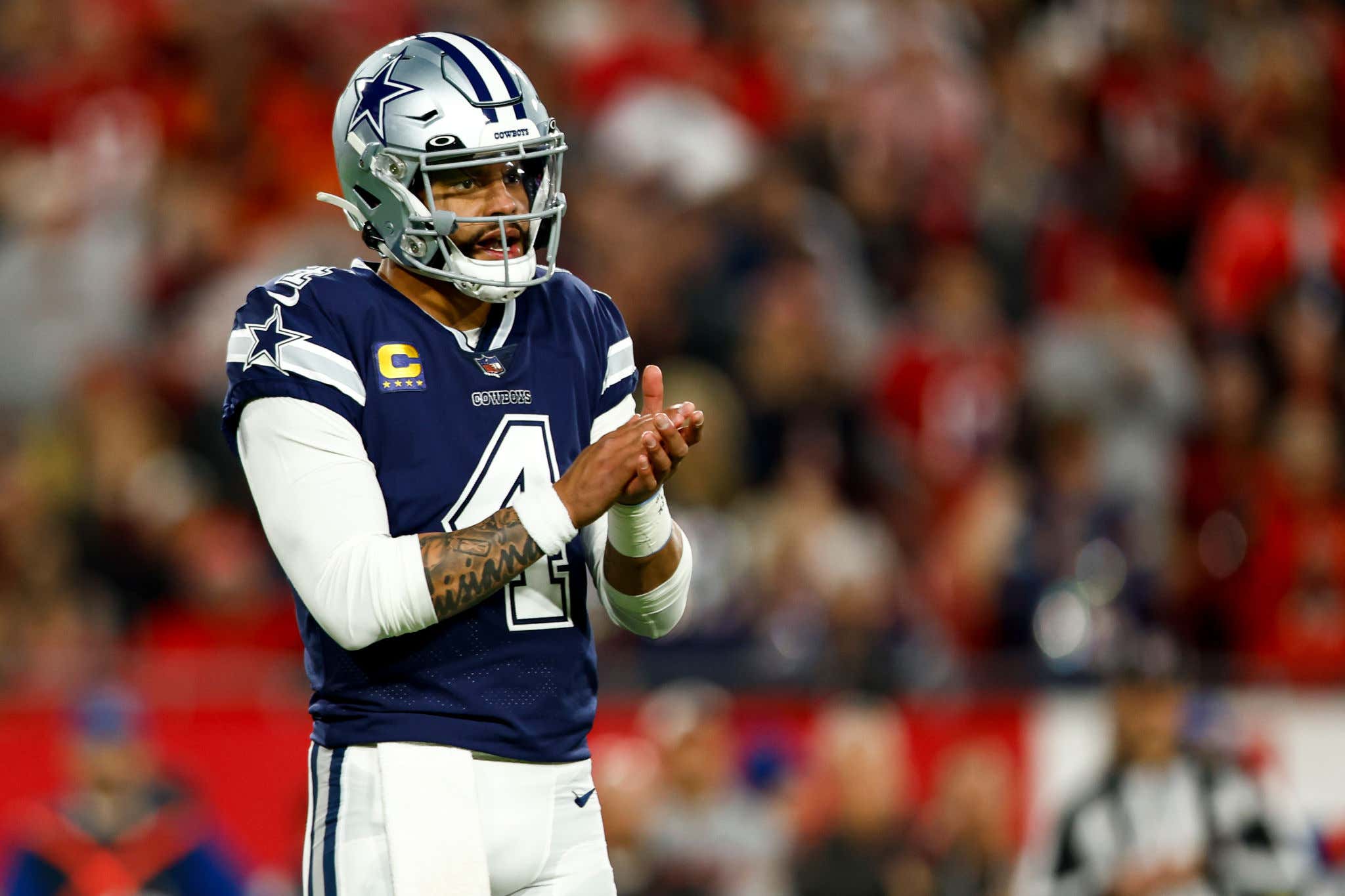 As an unbiased reporter, I'm able to admit that Dak looked pretty good last night after those first couple of drives. He settled into the game and made a lot of great plays while leading the Cowboys to a 31-14 win over Tom Brady and the Bucs.

Wow. Dak Prescott has seen enough. You think a guy like Jalen Hurts would just completely give up on his teammates like that? Not a chance. If Jake Elliott was dealing with a case of the yips, Jalen Hurts would be the first guy there gassing him up and helping him work though them. Heck, Jalen Hurts would purposefully avoid getting into the end zone just to give Elliott more chances to kick a few field goals and power through the yips. Lead the Eagles down the 10 yard line and then stall out just to make sure Jake Elliott has as many opportunities as he needs. Because Jalen Hurts is a leader of men. He cares about each and every one of his teammates like family. Unconditional support. Not a "what have you done for me lately" type of thing.

Meanwhile, Dak Prescott wants Brett Maher stapled to the bench just because he missed a few kicks? Not my quarterback. Could never be my quarterback.

And sure, after the game he went up to the podium to express his support for the dude.

But that's always easy to do after a win. Who knows what kind of passive aggressive throwing under the bus Dak would have been capable of here if the Cowboys ended up losing that game by 4 points.

I would hate to be the one to put that narrative out there, but there's obviously some division in that Cowboys locker room. Probably enough to completely derail them next week against the 49ers and they'll get crushed by San Francisco in demoralizing fashion. Again, not something I'd take great pleasure in but I'm just putting the facts out there. If only every quarterback had just a little more Jalen Hurts in them.