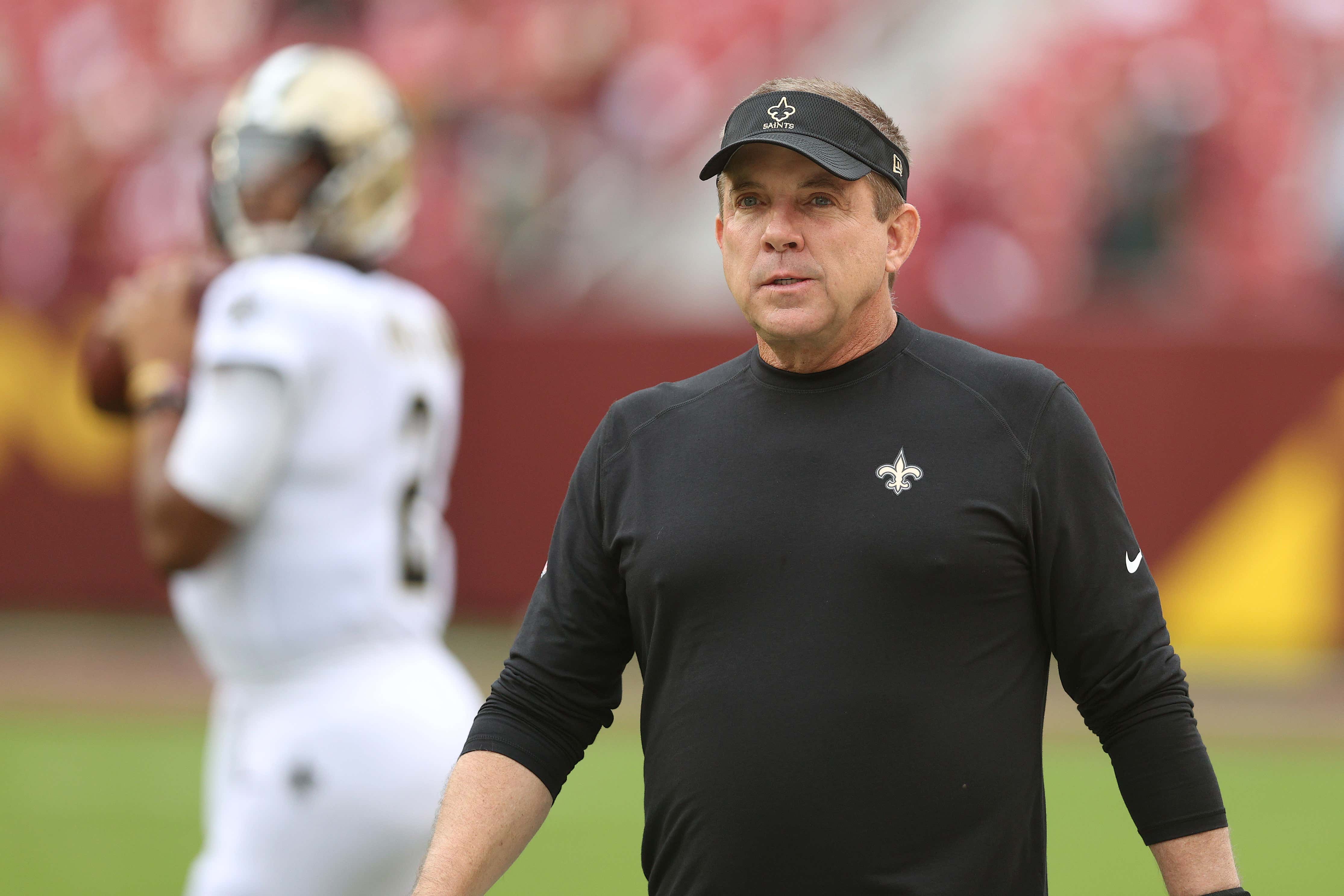 Four teams have now requested and received permission from the Saints to interview Sean Payton about their head coaching job opening. And who can blame them after Sean Payton and Drew Brees shattered NFL Passing Records from 2006-20 in New Orleans and won a Super Bowl?!?!?!?

Which of these four is most likely to land Payton? And is there a 5th team in the race?

Does Sean Payton want to save Russel Wilson? The Walton family (Wal Mart) are new owners of the Broncos and have more money than God. So that will not be an issue. But there is no getting around the Russ factor here with him being guaranteed 165 Million Dollars. There is no chance to get out of his contract for at least 2 more seasons. This division is also tough as hell with Patrick Mahomes in KC and Justin Herbert (who we will get to later) in LA. There are also rumors that Vic Fangio will be Payton's DC wherever he lands. Would Fangio want to go back to Denver?

This one is more intriguing because of Kyler Murray. What does Payton think of him? Kyler will be coming off a torn ACL and there are lots of question about this work ethic floating around. Payton is from the Bill Parcells mode as a no nonsense guy and will not put up with that stuff. But there's no denying Kyler's skill set. He can fly and has a lighting quick release. Payton has never had a dual threat QB at Murray's level. And living in the desert in Phoenix does sound great. The Bidwells are not exactly known as the best ownership group and Payton has said that is a big factor. Arizona also recently fired GM Steve Keim along with Kliff Kingsbury. What impact would Payton have on personel decisions?

If Payton likes Kyler Murray, this could happen. But that is hard to read at this point…..

The Texans are currently one of the most irrelevant franchises in the NFL. But there are a couple of positives. They play in a crappy division (AFC South) AND they have the #2 pick in the 2023 Draft. They obviously need a franchise QB in the worst way after trading DeShaun Watson to Cleveland last offseason after his massage scandal. Davis Mills ain't the answer and Payton would be their 3rd head coach in 3 years. This organization lacks stability to put it mildly. The only way I could see Payton in Houston is if he is in love with Ohio St QB CJ Stroud or Alabama QB Bryce Young. But does Payton want to start all the way over at this point of his career in a full rebuild? I have my doubts…..

God I hope not. The last thing I want to see is Sean Payton coaching another team in the NFC South. The thought of it has my stomach in knots. Surely the Saints feel the same way. Carolina also has QB issues after starting Baker Mayfield, PJ Walker and Sam Darnold this season. But overall they are not that bad and had a shot at the NFC South before falling at Tampa in  Week 17. There are some young pieces to like on the roster and the Panthers are in the worst division in the NFL. Sean Payton is also more than familiar with the NFC South after spending 16 years there. Panthers ownership also has big money and will fork up for Payton.

I still cannot see the Saints allowing this. The optics. would be a nightmare. Carolina better fork up serious NFL Draft compensation for New Orleans to even consider this.

The Chargers are the one team on the list that has not asked permission to speak to Payton as they still have a head coach in Brandon Staley. But for how long? The Chargers blew a 27-0 halftime lead at Jacksonville in the playoffs Saturday night and rumors are already flying. Staley did not do himself any favors by allowing injury prone star WR Mike Williams to get hurt in a meaningless Week 18 game in Denver.

Of the 5 jobs, this is BY FAR the most intriguing. Justin Herbert is a bona fide franchise QB still on his rookie contract. The Chargers have talent everywhere with star WRs in Keenan Allen and Williams and studs Joey Bosa, Khalil Mack & Derwin James on defense. Payton already spends a lot of time in LA too. Former Saints QB Coach Joe Lombardi is the Chargers offensive co-ordinator and would be a seamless transition.

There are two negatives with the Chargers job. The first is the ownership. There is not much faith in the Spanos family around the league. And the second is obviously that Brandon Staley is still employed as the head coach.

Despite both of these, I predict Sean Payton is on the sidelines with the LA Chargers next season and an already great rivalry with the KC Chiefs will go to another level. The Chargers already are a playoff team and Payton would not have to start a long rebuild.