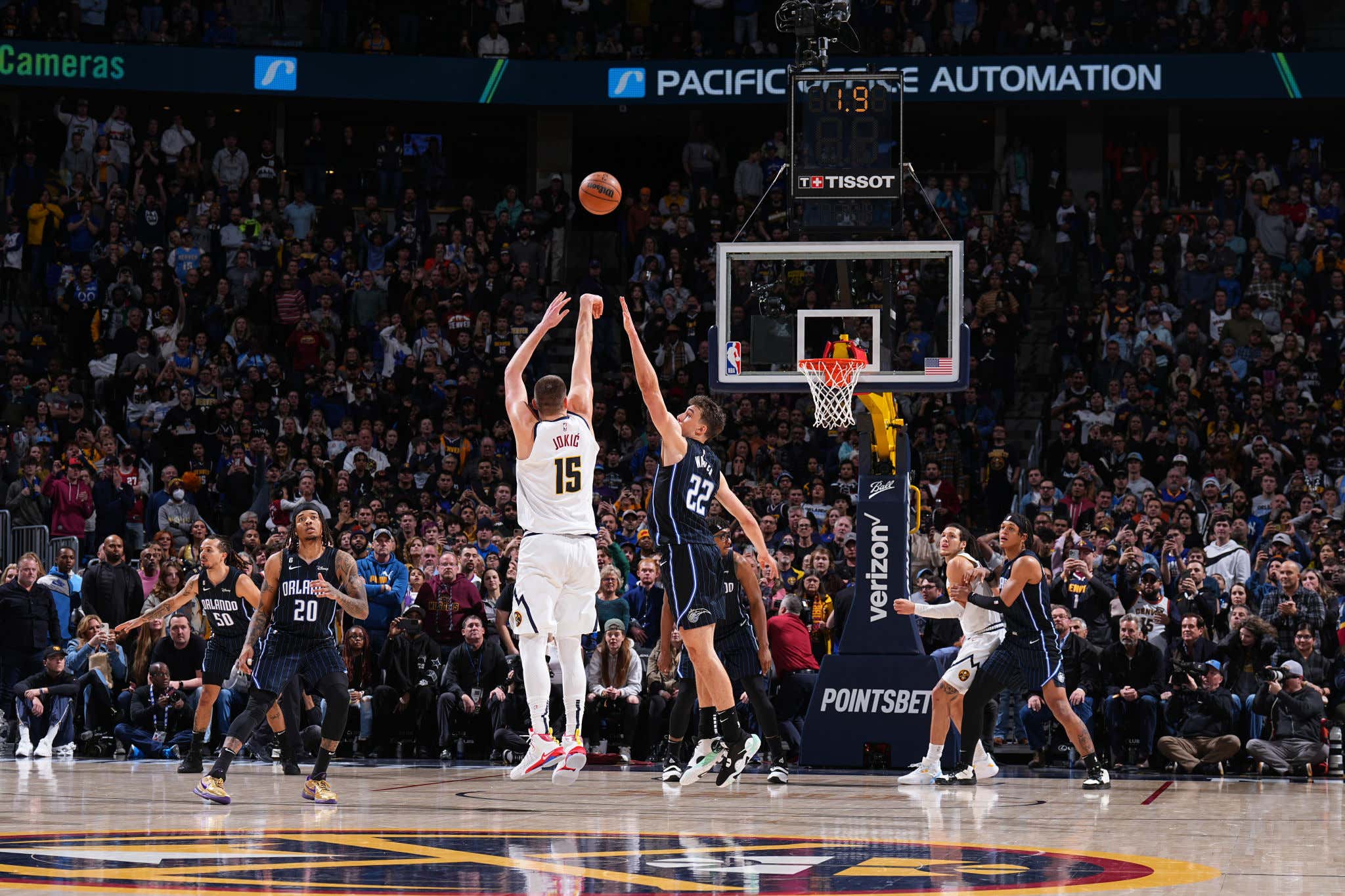 I imagine there are few cooler feelings in the NBA than hitting a game winner. It doesn't matter when it happens or who it comes against, game winners are awesome. Everyone loves a game winner, especially when it takes place on your home floor.

That is of course, unless you're Nikola Jokic

All of the Ball Arena, all of the city of Denver, shit all of the state of Colorado was probably losing their shit after that Jokic basket and if you look at Jokic's reaction, he may as well have just made a 3 to make it 37-34 in the start of the 2nd quarter. I feel confident in saying that 99.9% of NBA players show some sort of excitement or emotion after making a game winning three, but with Jokic it was all business

To me this is part of Jokic's appeal. I love the fact that we see him do shit on  a nightly basis that has never been done before and he's just sort of like

Yeah man, it's very cool! I think once we saw his reaction of not really giving a shit about winning MVPs that a measly game winner over the Magic should be no big deal, but it's still funny to see. Jokic gets out of bed and just produces greatness like you and I breathe. It's natural for him and all in a day's work

I truly do not understand how there could possibly be Jokic slander out there on the internet. He plays hard as shit, his brand of basketball is EXTREMELY entertaining to watch, he's one of the best clutch players in the league, and he's beyond humble. Isn't that everything you should want in a superstar/league MVP/franchise guy? Yet all you hear these days are butthurt Sixers fans or NBA trolls trying to invalidate what he does on the basketball court. It's so bizarre. Maybe instead of exposing yourself for not knowing ball, maybe just appreciate and celebrate an all time player. Just a thought.

In terms of the MVP race, I'm not sure how anyone could have another player over Jokic. I say this as someone who roots for someone also in the top half of the MVP race. It's OK to admit what Jokic is going for the 1 seeded Nuggets is absolutely insane and worthy of another MVP. If you're going to cry about voter fatigue and it's not fair that Jokic wins 3 without a championship ring or some bullshit, I kindly ask you to grow the fuck up. The Nuggets are only the 2nd team in the NBA to crack 30 wins, all his numbers are aligned if not better than his MVP seasons, as of right this second there is no argument to be made that he isn't the current MVP leader.

Meanwhile, this win over the Magic was big because it kept DEN on pace with the Grizzlies who have won 9 games in a row. The Nuggets have won 6 straight themselves, and something tells me you're going to want homecourt throughout the postseason out West. For a team that's 19-3 this year at home (best record in the NBA), finishing at the top spot is going to be a big time boost for the Nuggets in their pursuit to finally break through and make a Finals. If they can have their health right and Jokic still exists, you have to like their chances.