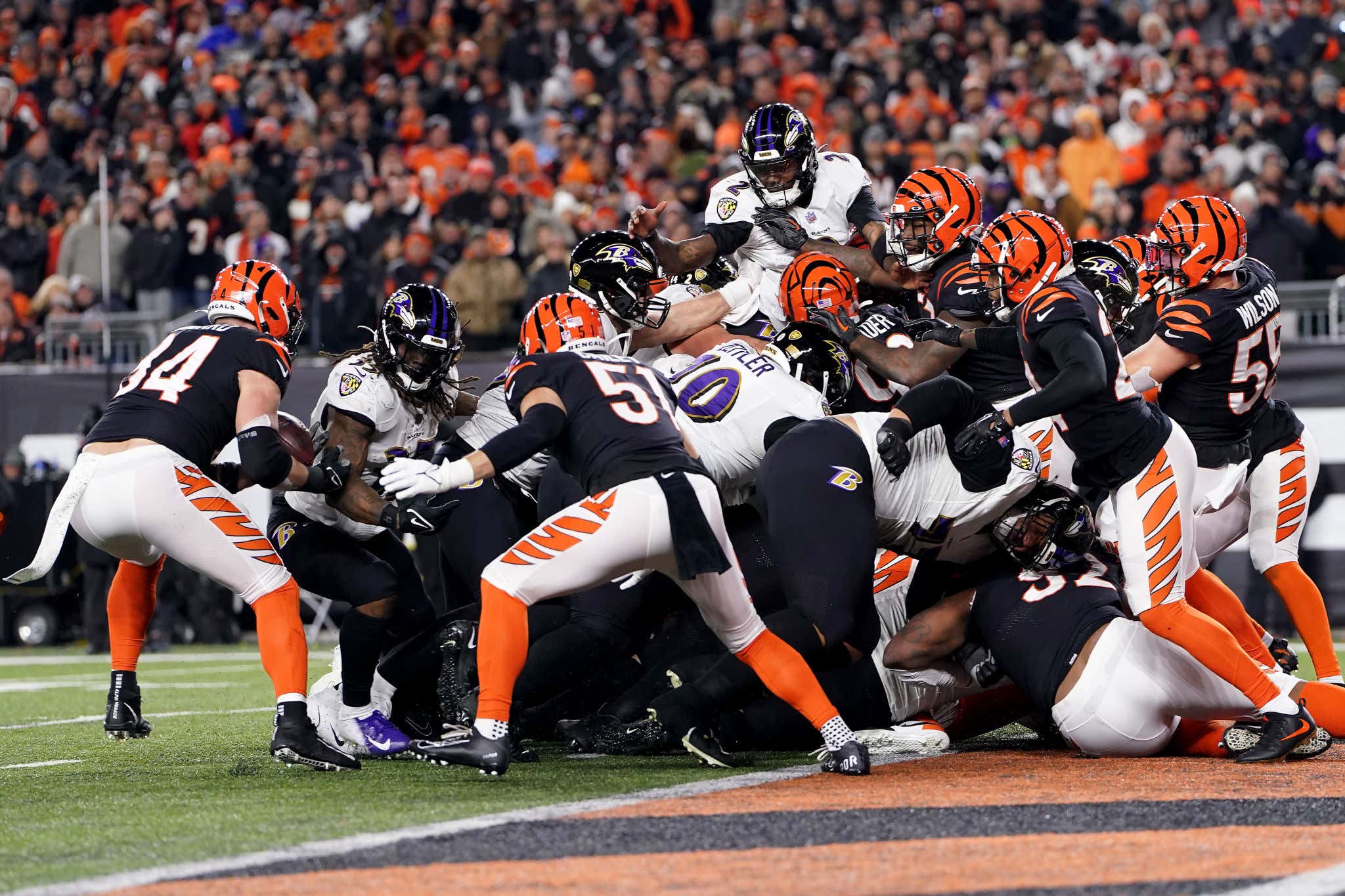 There was a simple gameplan for tonight. Bully them on defense and run the everliving fuck out of then football.

For the most part, that was accomplished. The Ravens outgained and out 1st downed the Bengals convincingly, kept the possessions to a minimum, and basically rendered the Bengals offense useless in the 2nd half. All of that sounds like a recipe for an upset Ravens win right?

Wrong. A gigantic swing play doomed them yet again, just like it did in their last playoff game in Buffalo 2 years ago when Lamar threw a devastating red zone pick 6 in a cold/windy game where it was damn near impossible to throw the football. It's also in line with a wildly frustrating and consistent trend by the Ravens the last couple of years. Tight, dramatic games where the decisive plays tend to fall in the opponents laps. It's been a tough few years to be a Ravens fan.

There's so much time to talk about what tonight's loss means for the future. This is probably the biggest offseason in team history. But tonight it sucks. The Bengals by no means played the type of game worthy of advancing. But that's football, hon. We gotta suck it up and try to get em next time. But I'm damn tired of feeling this way week/year in and week/year out.