Welcome back to another episode of Dumping Them Out. At Barstool Sports, we get the day off for Martin Luther King Day. I thought about waiting until tomorrow to write this, because for me, Monday night is the last night of my weekend (which is normally when I post this). But not everyone works for a company as progressive as Barstool Sports. So for those who have to work tomorrow, here are some paragraphs + pictures of women to take you into the work week.

I'm going to mix it up this week and post Instagram pics instead of Boob GIFs. I haven't been satisfied with the quality of Boob GIFs on the internet lately. A lot of the Boob GIFs I come across are poor quality. Nothing upsets me more than settling for a grainy Boob GIF. The readers viewers deserve better than that.

If you hate the Instagram pics, please let me know. I'm happy to go back to Boob GIFs. I promise that I read every comment. All of the negative ones hurt my feelings. I don't know how anybody at Barstool has the self-control to not read them. There's truly nothing in the world that effects my life more than negative comments on the internet. For example, I spent a full 30 minutes scrolling Fred Williams Twitter account the other day. All because of this one reply.

SHUT THE FUCK UP FRED THAT'S NOT EVEN FUCKING QUIRKY! I know I can try too hard to be quirky, but that tweet is not an example of it. Me talking about my co-workers neck surgery is not quirky. That's just me wondering how the fuck someone forgets that they have a scheduled neck surgery. I mean that's insane right? If I had a neck surgery coming up, that would be the ONLY thing on my mind. The thought of neck surgery would have consumed my life. But Barstool Sports fan favorite Will Burge FORGOT he had neck surgery. On a Wednesday no less! That's just dumb. It's not "quirky". If you want to call me out for trying too hard to be quirky, then call me out for this blog I wrote titled "The 6 Best Cities For Young Men To Live In 2023". That's a fantastic example of me trying too hard. Not the neck surgery tweet. Fuck you Fred Williams. You're so dumb. There are so many valid reasons to criticize me. Blindly throw a dart at the wall and you'll land on a good one. It's pathetic you can't even get that right.

On top of trying to be quirky, I spend a lot of time trying to be a gambler. And as a gambler, I'm on an incredible cold streak lately. I've started rationing my money by betting $5 a time on +2000ish parlays. Every weekend I see tweets about someone who hits a $5 parlay that netted them thousands of dollars. Just one time I want that to be me. Here's the bet I made today. I didn't even make it past the first game. 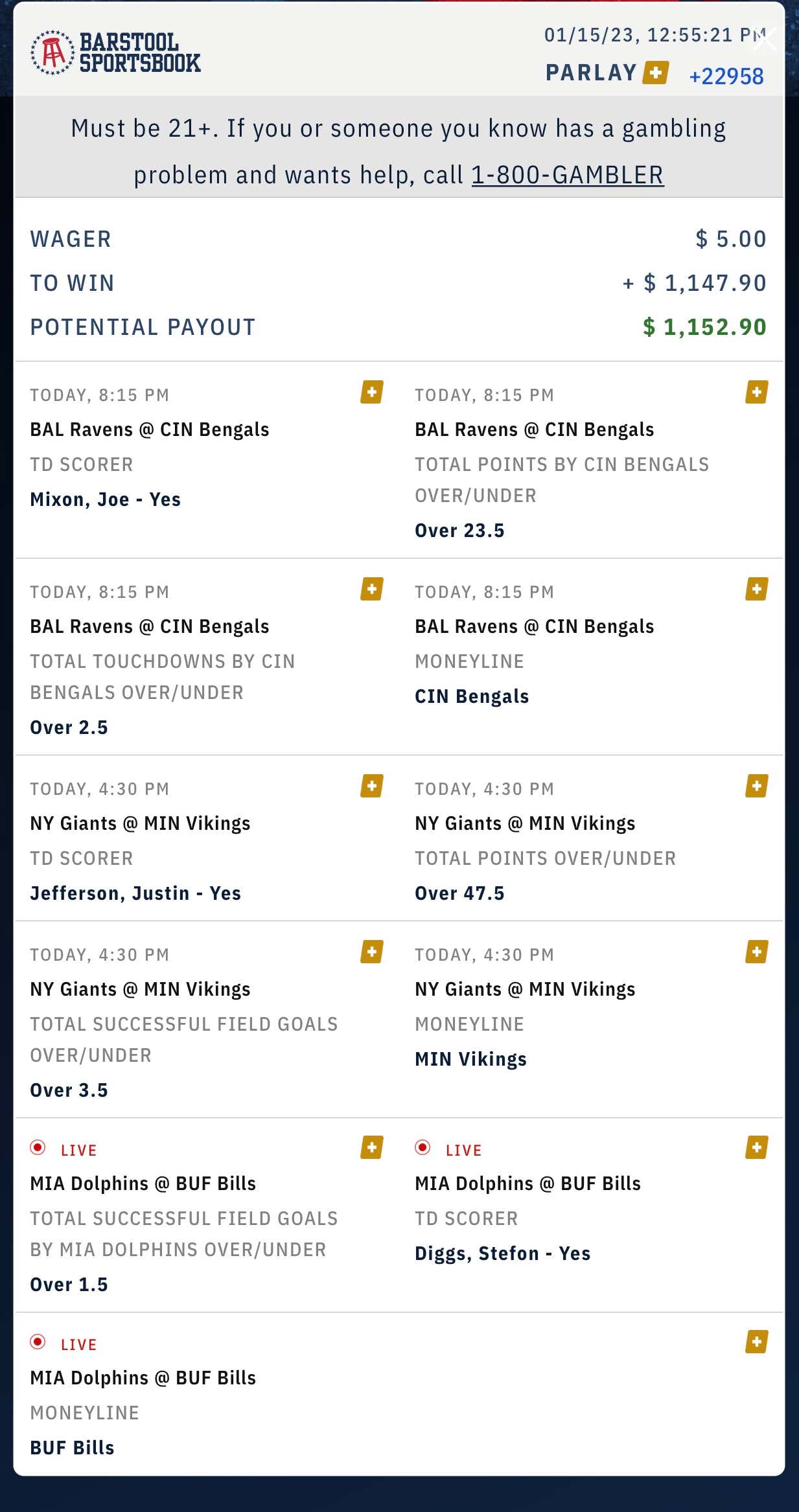 Alright new topic. Did you see this statue that was unveiled in Boston this weekend? Naturally, my initial response was, "I should make fun of this".

But then I realized what the statue was. The statue represents a beautiful, historical moment between Martin Luther King Jr. and his wife Coretta Scott King.

But I did think it wasn't smart to make an arms only statue. Then I thought about how hard it is to get heads/faces right on a statue. Heads/faces are risky business. Remember when they made that horrible statue of Cristiano Ronaldo? 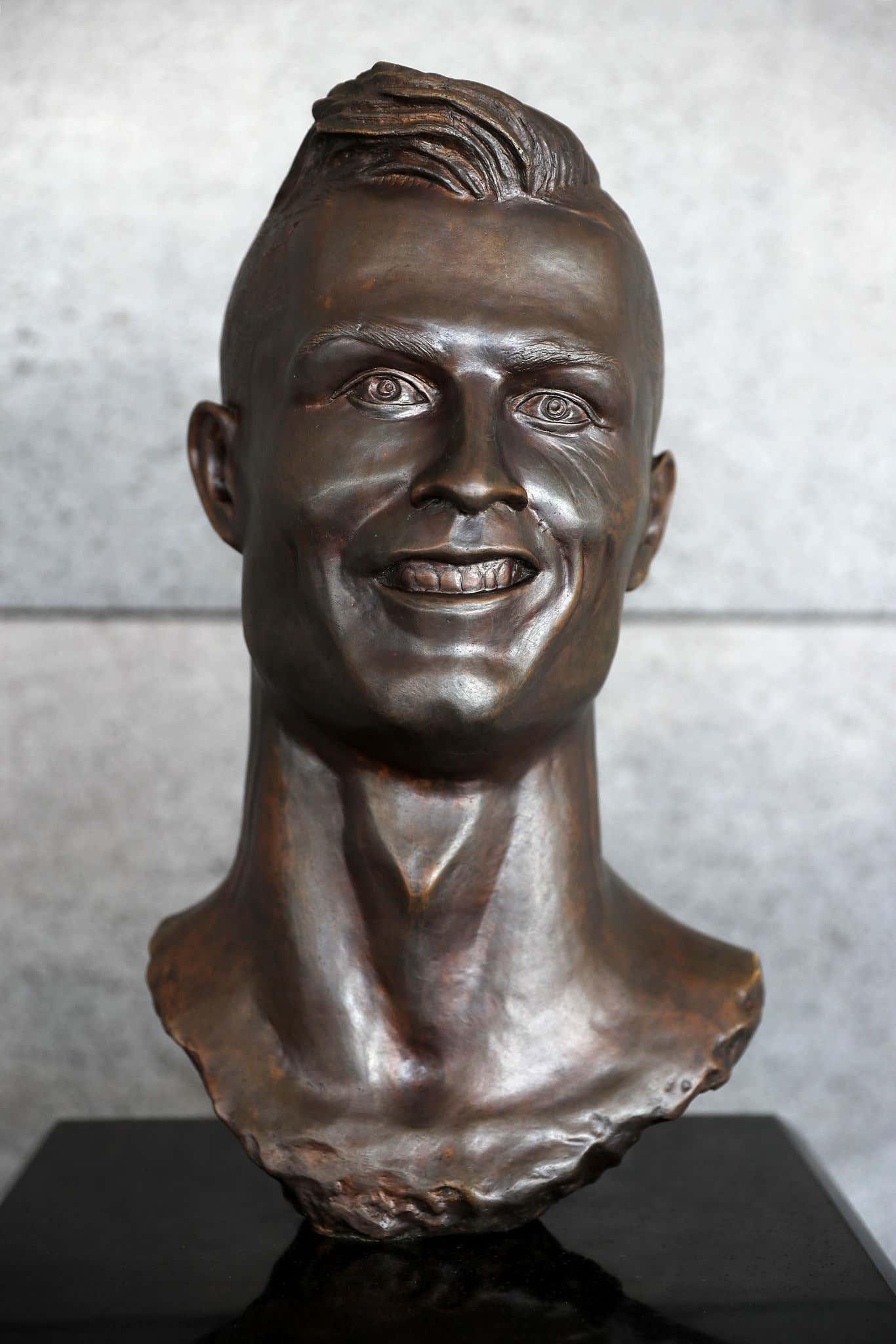 And that other time when they fucked up the head on Lucille Ball so bad that they had to tear it down and build a new one.

You can't risk messing up MLK's head. The builders of the MLK statue probably thought, "Faces are too tricky. If we just use the arms, it can't end up looking that bad". But what they didn't think about is when you isolate the arms, they kind of look like penises. Statues are tough. They're very hard to get right. If you're going to build a statue, you have to pay top dollar, or else you're going to get roasted on the internet.

Ok, new topic. George Santos has been in the news for lying lately. I'm considering becoming the George Santos of Barstool Sports.

Why bother telling the truth, when lies are way more interesting. Nobody cares about what I'm actually doing in real life. I might as well just start making things up. I should have been making things up from the jump. My friends and family back home would have backed me up on my lies. I could have made such an awesome backstory for myself. Everyone would have assumed I was telling the truth. Moving forward I might start lying more.

This came across my desk via a @PFTCommenter quote tweet today (it might be time to add "came across my desk" to the list of words/phrases that need to be retired from Barstool Sports, but for now I'm going to roll with it).

Hitler has been been skating by for way too long. Dating teenagers is a bridge too far (P.S. I've bailed on Instagram. GIFs are just better. I'm going to run out of good GIFs eventually, but that's a problem for future me)

Final thing. I'm going to start using Dumping Them Out as a vehicle to get out my terrible takes that nobody agrees with. Because that's what Barstool Sports is about. We talk a lot of shit about the Skip Bayless's of the world, but let's be honest with ourselves. 99% of us would give our left nut to be Skip Bayless. I know I would. I mean… the other day Dave Portnoy said that Lionel Messi stinks.

So anyways, in honor of Skip Bayless, I would like to make it public that I do not care for the Sopranos. The first time I watched it I only made it through the first season. The second time I watched it, I think I made it though the whole thing, but it never really grabbed me. I spent most of the time on my phone. I feel like a great show would have pulled me away from my phone. I should probably give it another chance, but for whatever reason I've never been captivated by it like everyone else is.