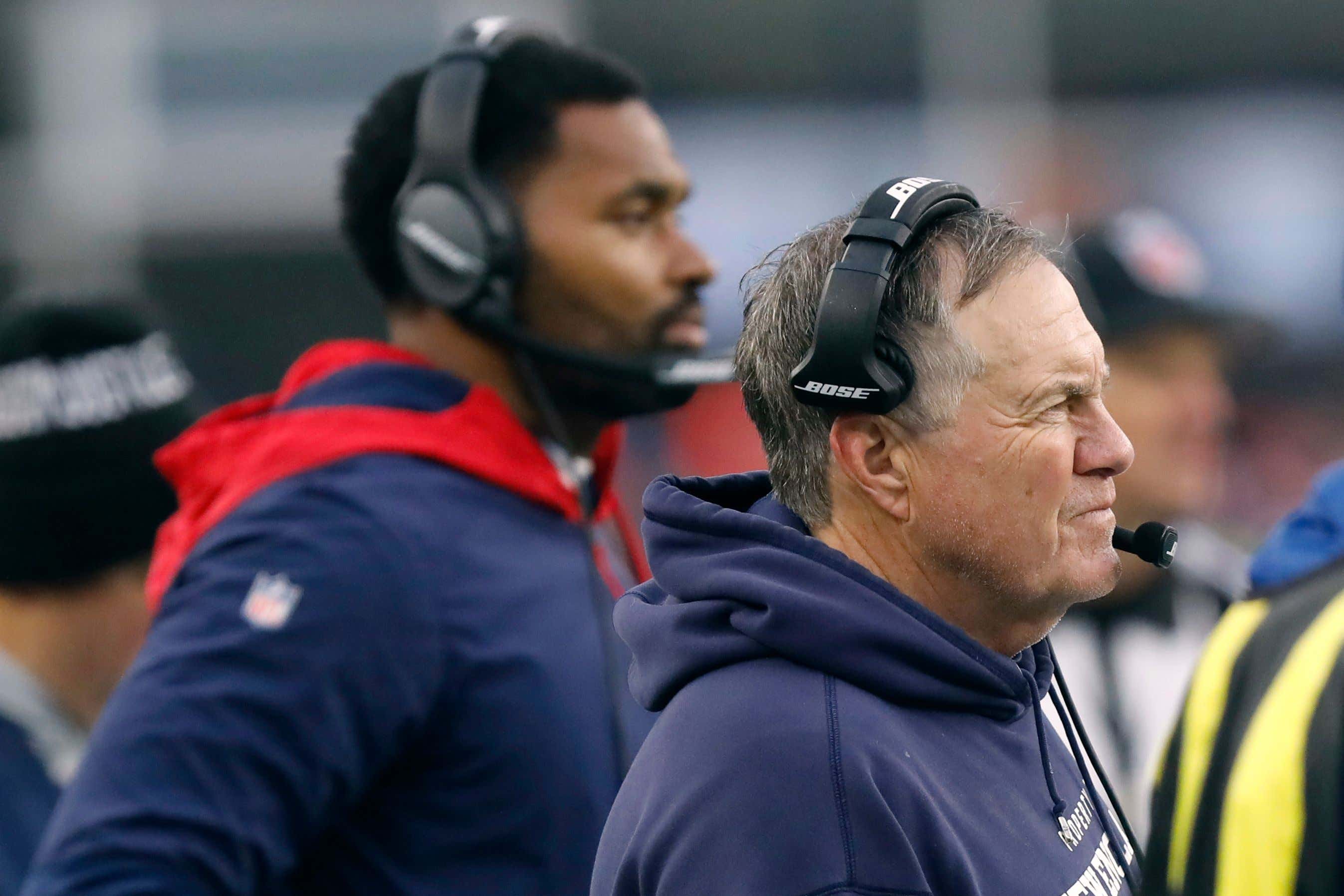 It was a safe assumption to believe this would not be your typical, garden-variety offseason in New England. Four years without a playoff win will do that to a franchise that has set the bar as high as this one has. Even before the season was over, Mr. Kraft came as close as he ever has to going full George Steinbrenner, blasting his team's failures and promising the streets will be filled with rolling heads if the situation doesn't improve. Particularly with respect to his first year offensive coaching staff:

On the other side of the ball, the major issue was Jerod Mayo, who was being linked to a few defensive coordinator openings, not the least of which is in Houston. Which would make sense due not only to his relationship with Texans' GM Nick Caserio, but that the DC job in New England is currently occupied by a guy Bill Belichick has raised like a veal calf to make defensive calls. And call Steve Belichick a Nepo Baby if you must, but his unit was Top 10 in virtually every statistical category, and Top 3 in turnovers and sacks. So advancement would be tough for Mayo as long as he stays here.

Still. Even allowing for the accepted fact we're in for a unique offseason, no one was ready for it to begin with this:

Source - The New England Patriots and Head Coach Bill Belichick have begun contract extension discussions with Jerod Mayo that would keep him with the team long-term. In addition, the team will begin interviewing for offensive coordinator candidates beginning next week.

The only way this happens is if ownership insisted on it. This is RKK and Kraft the Younger recognizing the need to address their fans' frustration with how things played out in 2022, and their fears it was going to keep happening. This was the first step in an effort to reinforce the public's trust. To earthquake-proof the walls of fan support before they really start to crack. Were this entirely up to Belichick, we have every reason to think he'd just sign Mayo, hire an OC, and fire off a quick a press release for each after the deals were done, like he always has. Then not really address it again until his next press availability, like he always has.

This is a point not lost on the team's own website:

Thursday night's announcement was unprecedented for the Patriots in the Belichick era. The Pats head coach is typically stealthy about filling out his coaching staff, but the offense's struggles warrant a direct approach.

According to Football Outsiders, the Patriots total DVOA (-8.5, 24th) was their worst since 1995. With the worst offensive efficiency in 27 seasons, New England's offensive setup featuring Matt Patricia as the play-caller and Joe Judge coaching quarterbacks saw major regression for second-year quarterback Mac Jones. After an above-average rookie season, Jones regressed from the 16th-ranked passer by ESPN's QBR metric (56.9) to 28th out of 31 qualified quarterbacks in QBR in 2022 (35.9).

Longtime Patriots offensive coordinator Josh McDaniels's departure to become the head coach of the Las Vegas Raiders left a massive void, and McDaniels took several position coaches with him to Vegas as well. Still, the unconventional setup on offense was a failure, and Thursday's announcement acknowledges that.

There's no doubt this will get spun as Belichick losing a power struggle against ownership. Or them totally undermining his authority. Degrading and humiliating him. Chemically castrating him for all the world to see. I'm sure some of the older hacks in the Boston media will be ready with history lessons about how Mr. Kraft's "meddling" cost him Bill Parcells in the mid-90s and history is about to repeat itself. Fine. Have at it then. Do your worst.

To me, all this represents is the acknowledgment of mistakes, and correcting them. It's not about hurting feelings or bruising egos. It's about doing the cold, hard calculus to analyze what went wrong and make it right. Or as someone once put it better than anyone ever has: 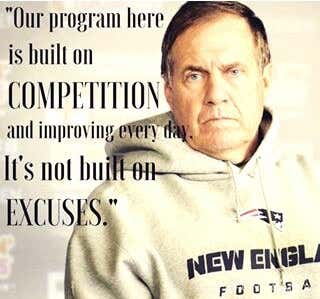 The 2023 offseason is not even a week old, and we've already seen something unprecedented in long and glorious history of the Belichick Dynasty. It's going to be one hell of a ride.