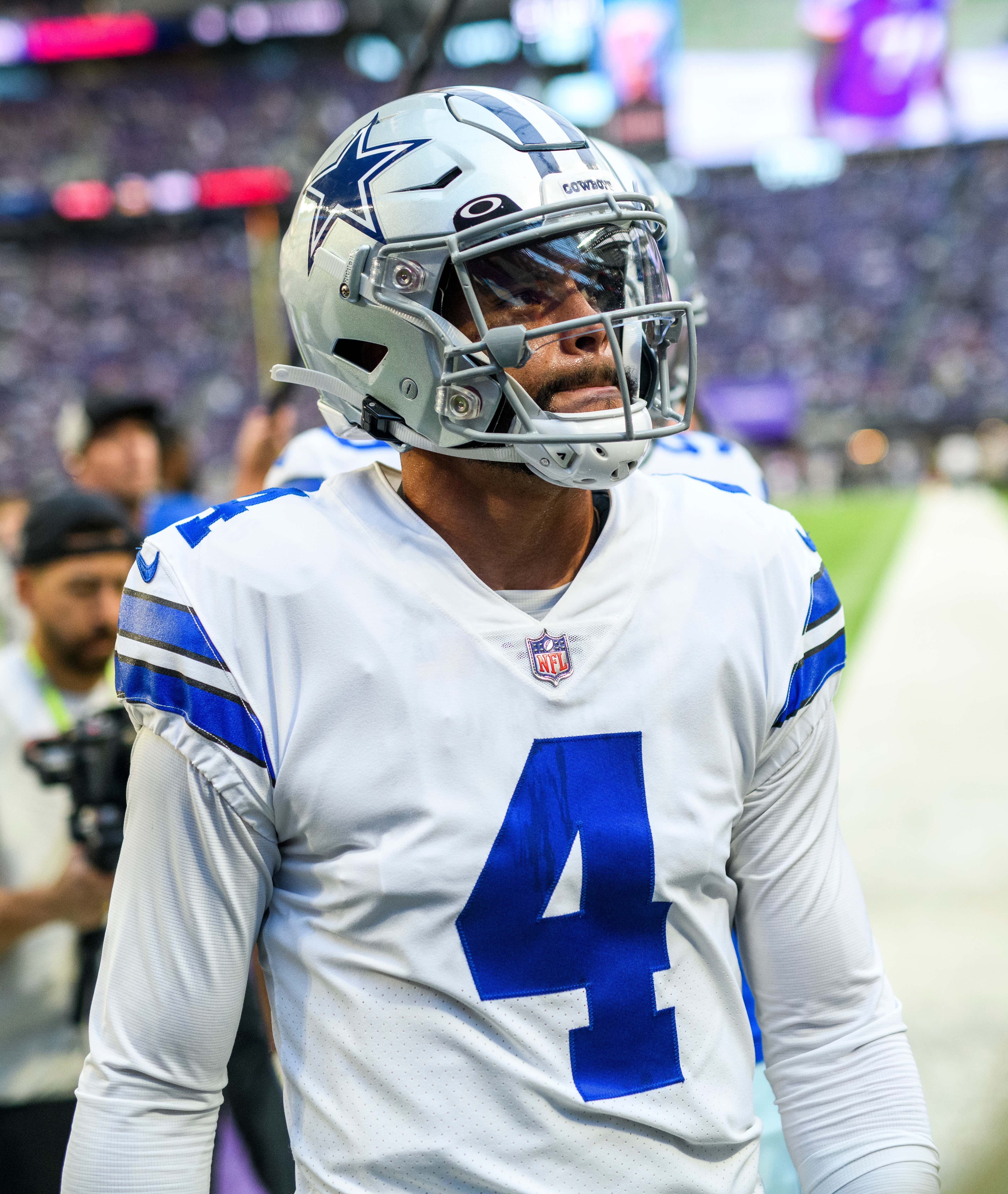 By all accounts, the Dallas Cowboys had a really good season. Dallas finished 12-5 despite starting QB Dak Prescott missing 5 games. That is no easy feat in pro football.

That was good enough to lock in the #5 seed as the top wild card in the NFC but not enough to win the NFC East with the Eagles rolling. So on the road they go to face the 8-9 Tampa Bay Bucs and Tom Brady who won one of the weakest divisions in NFL history. Life is not fair sometimes.

On paper, there is a lot to like about the Cowboys. They have a balanced offense with emerging star RB Tony Pollard complimented by the solid vet Ezekiel Elliot. They have an emerging star at WR in CeeDee Lamb and a solid TE in Dalton Schultz. On defense, Micah Parsons has emerged as one of the elite players in the NFL raising hell on QBs. The unit took major strides forward under DC Dan Quinn and was able to lead them while Dak was out for 5 games to a 4-1 record.

However, there is one glaring problem that could rear its ugly head in the playoffs.

Despite missing 5 full games, Dak Prescott tied for the league lead in interceptions with Davis Mills with 15! And a bunch of them recently have been run back for TDs……

I can't figure out if Dak is the guy who threw the early pick 6 against the Eagles on Christmas Day or the guy who completed 16 of his next 17 passes in the wild Cowboys shootout 40-34 win. Perhaps he is both? He looked AWFUL in Washington last Sunday but did that game matter? Am I overreacting?

Dak did struggle in last year's 20-17 home loss to San Francisco in the Wild Card round as well. A bunch of other QBs have struggled against the 49ers too.

Dallas is a 2.5 point road favorite on Monday night in Tampa on the Barstool Sportsbook. The line looks super ratty. Tom Brady is 8-0 in his career against Dallas too!

Which Dak Prescott will show up tonight? Will it be the turnover machine or the solid QB who has led Dallas to the playoffs the last two years?

For the life of me, I cannot figure him out but make no mistake about it. This is a career defining game. NO ONE will care about the 12 win season or back to back playoff berths if Dak does not lead Dallas to a win tonight. All the talk will be about Dallas choking in the playoffs YET AGAIN. It is a cold world. So what is it gonna be Dak?

Will the real Dak Prescott please stand up?