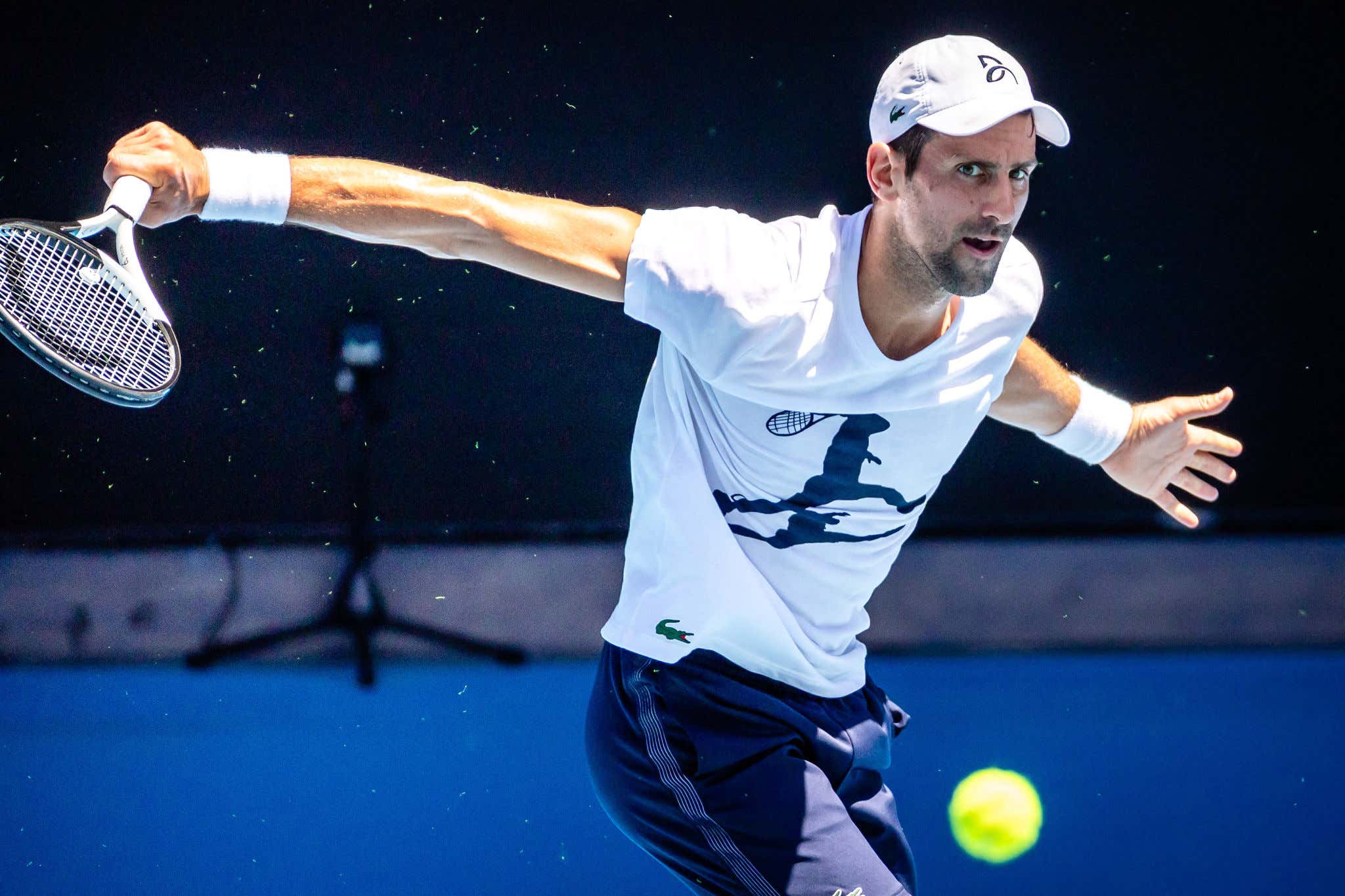 Fans have been warned they will be kicked out of Melbourne Park if they target controversial nine-time champion Novak Djokovic. The 35-year-old has been criticized for his views on vaccination, telling the BBC in February last year that he would rather miss future grand slams than be forced to get a COVID vaccine.

Australian Open tournament director Craig Tiley has, however, issued a warning to any fans who are looking to come to the Open to target Djokovic.

“If they disrupt the enjoyment of anyone else – boom, they are out”, he said. We don’t want them on site. They can stay away or we will kick them out.”

What the hell is this? The Aussies are now looking out for Novak Djokovic? Lets quickly remind ourselves a year ago they wouldn't even allow the bastard in the country. Now if you even think to boo the man you're ejected from the stadium? What a turnaround.

For anyone saying this is just par for the course with the rules in general, go watch the Nadal-Medvedev final from last year. The fans were all over the Russian trying anything in their power to will Nadal back from the dead. No one was tossed from the stands as Nadal made his incredible charge back to win the title. Now because precious Novak is back they've gotta protect him at all costs? SOFT.

In all honesty this probably hurts Djokovic's chances of winning the whole thing. Whenever the crowd chooses to go against him it seems like he elevates his game to shut them up. Hostility plays for Novak's mental game. It's when everything is calm and controlled he seems to get inside his own head. That all being said, the way the tour picks and chooses who it defends and protects is bullshit. Either allow it to be a raucous, crazy environment for all or have it be silent for everyone. I personally think it'd be more fun if they relaxed the rules and let fans go nuts, but that won't happen.

Some quick news and notes as we head into the Aussie Open starting next week.

-While it seems Djokovic won't have to deal with rowdy crowds, he is battling with a hamstring injury. While I'm sure minor, it's something to monitor. Would be something if the year he comes back he can't play because he's not fit enough.

-Last year's break out star Carlos Alcaraz is going to sadly miss the tournament because of a hammy injury of his own. Brutal to not have him out there after he electrified the 2022 US Open.

-As for the rest of the field, you're looking at the defending champ in Nadal who hasn't looked good at all lately, Medvedev who just lost in straights to Djokovic in a smaller tournament, Tsitsipas who loves to choke, Kyrgios who can beat anyone and lose to anyone on any given day, the young Italian Jannik Sinner, and maybe a surprise American like Fritz or Korda. Djokovic is -110 to win the whole thing. The only thing that realistically stops him is his hamstring. I'm not usually a futures guy and chalk is lame, but Djokovic to win is a pretty good bet to make right now on the Barstool Sportsbook.

-Naomi Osaka is out of this year's Aussie and today announced she's pregnant.

Cannot wait for the Aussie to get going in a few days. It's a dream for insomniacs like myself who can't sleep and have nothing to watch at 1am.