(Be sure to have your volume up for this video)

Source - A supposed video of Bigfoot that has been dubbed "the best footage ever recorded" was captured on this day nine years ago (October 24, 2013).

Josh Highcliff uploaded the jaw-dropping video to YouTube a few days later. It is titled "I think i saw a skunk ape [another term for a Bigfoot] - please help."

In the description, he explained he was hunting hogs in a swamp near to Tunica, Mississippi, US, at around 6pm when he came across the mystery beast. He wrote: "I was wearing hunting camo and just sitting dead still waiting for it to get dark, cause thats when the hogs come out. I hear a noise behind the tree i was sitting on, i thought it was the hogs, when i got around i could not believe my own two eyes.

"There was this huge black thing crouched by a dead cypress about 50 yards away, i thought it was a hog but saw these big shoulders and a head upright with hands. It looked like it was digging out the stump.

Before the dweebs all get their panties in a bunch and rush to the comments section, yes, I'm aware this video is 9 years old. I'm aware this story blew up in October of this past year. I saw it making the rounds on twitter and Instagram around then but I never clicked because I thought it was recycled, fabricated, clickbait. Something I try to avoid and something I would never pass on to you, our faithful Barstool readers.

That said, I finally watched this video last night, and my was pretty floored. 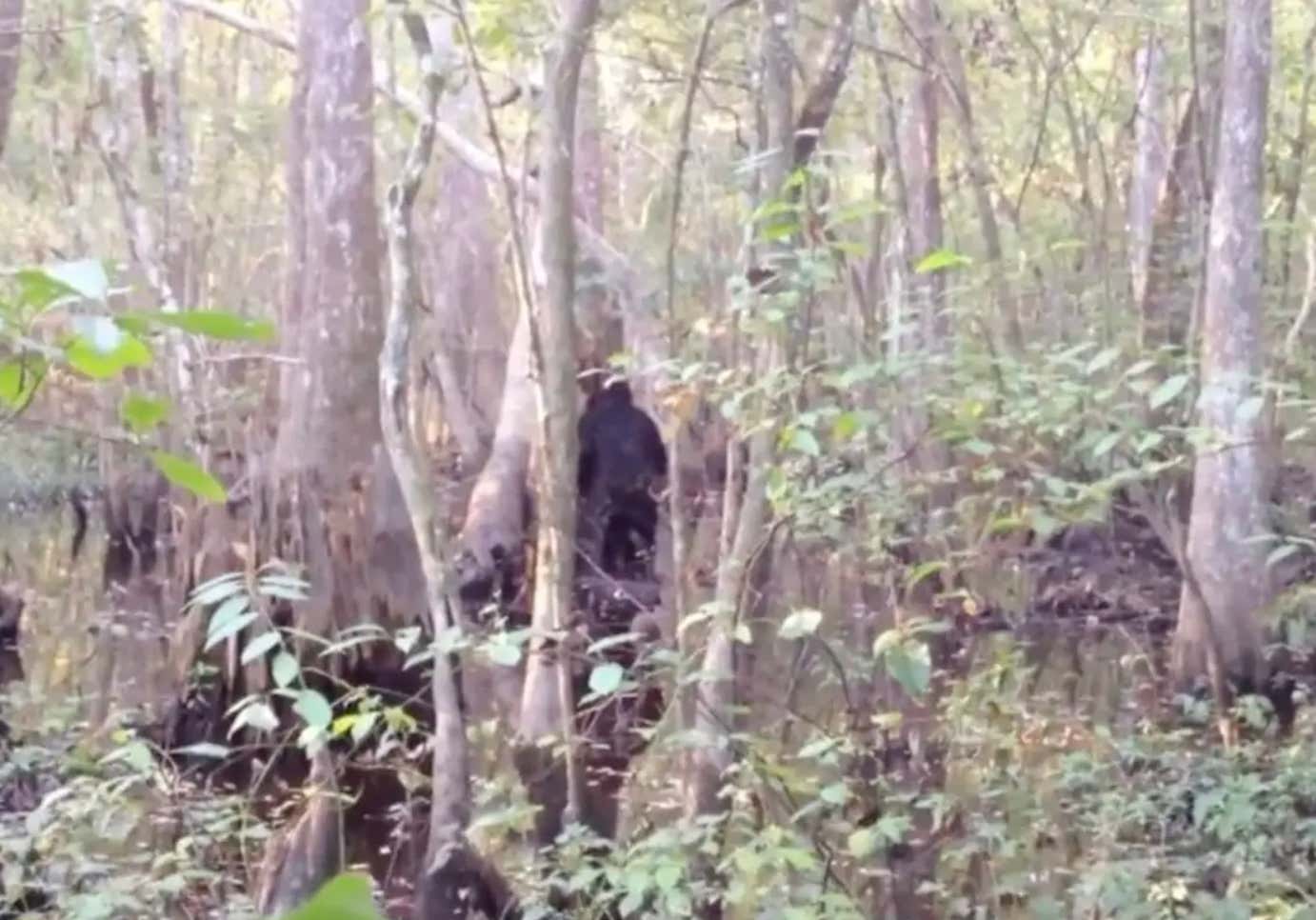 I mean, if that isn't Bigfoot, aka Sasquatch, aka Skookum, aka Fouke Monster, aka Momo (my personal fav), aka Mogollon Monster, aka Yowie, aka Ban-Manush, aka Grassman, then what the hell is it?

If you listened with the volume up, did you hear how easily those very large tree trunks and branches were snapped?

Did you see the sheer force with which that thing uprooted that trunk? It looked like Frank flipping over a garbage can looking for a hot dog he mistakenly threw away.

I can't even imagine being in that guy's shoes, witnessing that thing stand a dozen yards or so away from me, while being paralyzed with fear.

Speaking of this guy, he's not some city-slicker from Greenwich in Jackson Hole for the week, "connecting" with nature. This guy's a local backwoodsman in Mississippi, who was out there to kill wild boars. Like our girl Syd.

He probably knows these woods like the back of his hand, as well as every creature and critter living in them. But not this thing.

That's good enough for me.

I am of the Kevin Garnett school that "anything is possible". So the jury has always been out for me on if Bigfoot was real or not. Between this guy's video, and Donny, Nick, and KB's scientific research,

p.s.- the Bigfoot doc on Hulu, with the audio recording of the Sasquatch howls, that that guy recorded from the cabin on the weed farm in the middle of the night was straight out of a horror movie.

p.p.s. - speaking of wild boars. this video of two hunters being attacked by 30-50 of them is terrifying