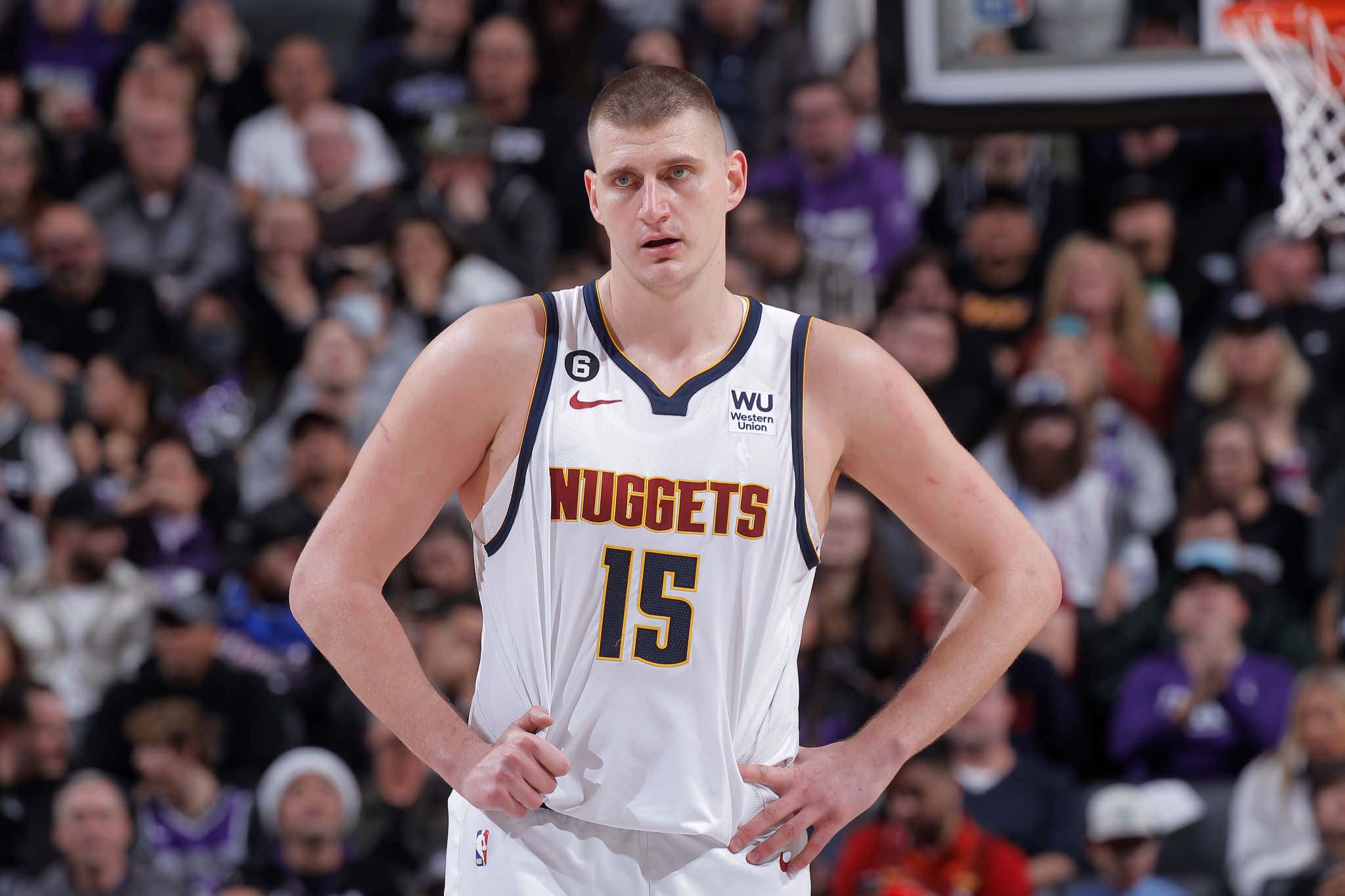 One of the more bizarre things you see on the internet from time to time during the NBA season has to be how anyone could possibly slander Nikola Jokic. Personally, I love how upset his dominance makes people. I'm not sure if it's just salty Sixers fans who are still crying about MVPs, but there are people out there who will bend over backwards in an effort to discredit or invalidate what Jokic does on a basketball court. It's truly bizarre considering he's one of the most entertaining players in the entire league to watch, he does historic shit on a nightly basis, and he's arguably the most humble superstar the NBA has.

You look at the quote tweets of that StatMuse post and you'll see a whole bunch of Eagles avi's and Sixers avi's crying about how this isn't all that impressive. Some even called it a glorified Ben Simmons triple double. Nobody exposes themselves more than that fanbase I swear. It's OK to admit other players are really really good!

What that tweet doesn't include is that Jokic was also perfect from the FT line, so it was really a 100/100/100% triple double. Pretty good! He did it all in 35 minutes, and I'm curious how many other #1 option superstars would take the FEWEST FGA of any starter and the 2nd fewest on the entire team and still dominate like this? That's part of the beauty of Jokic's game. Other MVP candidates have to score and take all the shots to really impact winning. Jokic? He only shoots when he feels like it apparently and I find that hilarious.

If Giannis takes 5 FGA, the Bucks are probably cooked. If Embiid or Tatum or Luka only take 5 FGA, I am positive their teams are cooked. They simply can't impact the game in all the other ways Jokic can while not taking any shots. In no way is Jokic a FT merchant like other MVP candidates, he's taking just 6.5 FTA a game! Compare that to Giannis (13.2) or Embiid (11.6) or Luka (11.3) who are the top 3 in the entire league in FTA. Jokic? He's 19th.

When it comes to the possibility that Jokic is able to overcome voter fatigue and win his 3rd straight MVP, all signs are certainly pointing in that direction

Whether you care about traditional stats, advanced stats, team record, team seeding etc, Jokic is once again checking every box. I mean 25/10.8/9.7 on 61/37% is flat out insane, and then you realize he's taking just 15 FGA a night which is his lowest since he was 23 in 2018-19. Sure, guys like Embiid or Luka or Giannis, or Tatum may average more points, but they take way more shots and take nearly double the FTA. I'm not sure how you can even compare it, to be honest with you.

We're starting to see the Nuggets and Grizzlies start to separate themselves a little bit out West with both sitting at 27-13. They have similar records against good teams (DEN 10-7 / MEM 10-6) and bad teams (DEN 17-7 / MEM 17-6). Both are 8-2 over their last 10 and both have a 2.5 game lead over the 3rd seeded Pelicans. Not only that, but both teams have stretches without their main guys which is what makes it even more impressive. Only the Celtics have more wins than the Nuggets/Grizzlies this season and for the Nuggets you can thank Jokic for that.

Lord only knows what ridiculous shit Jokic has in store for the Suns tomorrow night, but my guess is it's going to be well worth your time to find out.