Last night's National Championship game was even more of a laugher than we all expected. I thought it was going to be bad so I only bet on the first quarter that way I could shut it off once it got ugly. Unfortunately for me, it only took a few minutes to get uglier than an afternoon shift exotic dancer in Hattiesburg, Mississippi.

And speaking of ugly, another southerner has come out of the woodwork to make a run at the King of the South title...and he is a Mississippi State...and Big Cat wants to give him a contract at Barstool. Yeah, this could get U-G-L-Y.

He is 100% right in everything he says. TCU might as well be a JUCO school playing in the playoffs and they're just lucky that Michigan shit all over themselves and handed them a victory in the semi-final. But let's put the message aside for the moment. What this man probably does not understand is that he just threw gasoline on the embers of a territory war so ferocious the Israelites and Palestinians think it's a bit much.

It got so bad that Dave ran a poll on Twitter asking if Mintzy should be fired, which in turn caused Mintzy to relinquish his crown in his Twitter bio. 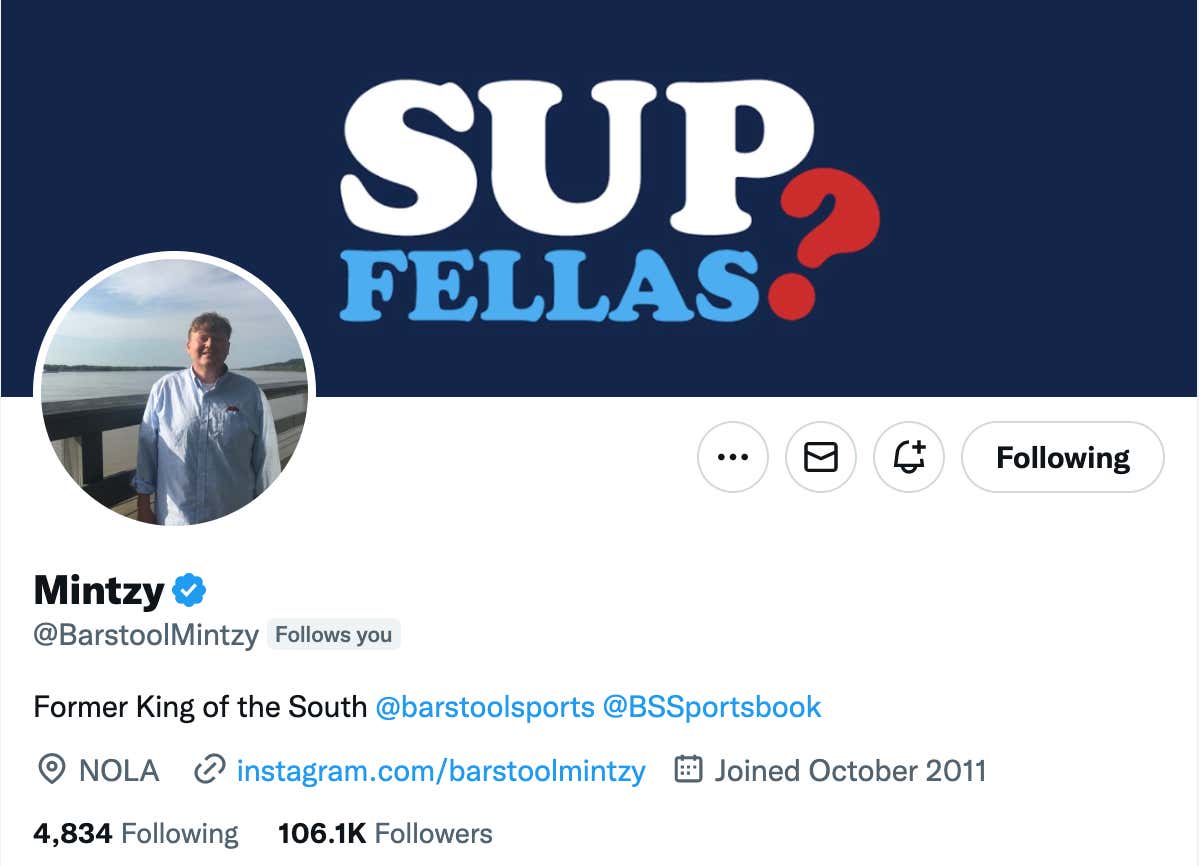 Since then Mintzy has been on the lam working remotely from the southern part of the country and Brandon Walker has done numerous victory laps proclaiming not only is he once again the king but that he never actually lost the title.

But I do know that when one power is focused on fighting another power they have a tendency to let down their guard in places they don't expect. And in this instance the invasion is coming from a place Brandon Walker definitely never expected, the Mississippi State fan base.

If it does come down to a three-way battle for the King of the South title - a Rédneck à trois if you will - then let's take a look at the tale of the tape and see who has the advantage.

TCU rant guy is going to get the nod in this category. Brandon Walker is a little too nasally and I also think his accent is getting soft from his cushy big city life in New York City. Mintzy definitely has a twang but the TCU rant guy sounds like a pee wee football coach who makes his kids do the Oklahoma drill every day at the end of practice and encourages his them to do cycles of steroids.

I'm going to give the nod to Brandon Walker. He hosts a daily show and battles college football fans, notoriously the most unhinged group of fans in sports, on Twitter seemingly 24 hours a day. When you are going to war that often you better be armed with enough knowledge not to get swallowed up by the hoards.

Now some would say "inbred looking" instead of "southern looking" but I'm not some. Plus it's 2023 and one of my New Year's Resolutions was not pick on people even if it is the truth. All three of these dudes look southern as fuck in their own way. If this were just a category for overall style I think Brandon Walker would win for his outfit at the Arizona Bowl. But in the south "style" isn't much more than a flannel shirt tucked in to worn out denim jeans with a Skoal ring on the back pocket so exepcting any style here would be unfair. This category is a tie.

I don't know TCU rant guy's appetite but he definitely looks like he doesn't miss many meals. I'm pretty sure I remember Brandon Walker saying he doesn't like spicy food. Also, he just tried peanut butter and Jelly for the first time a few months ago, which is very odd. I am going with Mintzy on this one. The guy eats so much BBQ that if you drank 1/4 cup of his sweat you would instantly go into cardiac arrest. 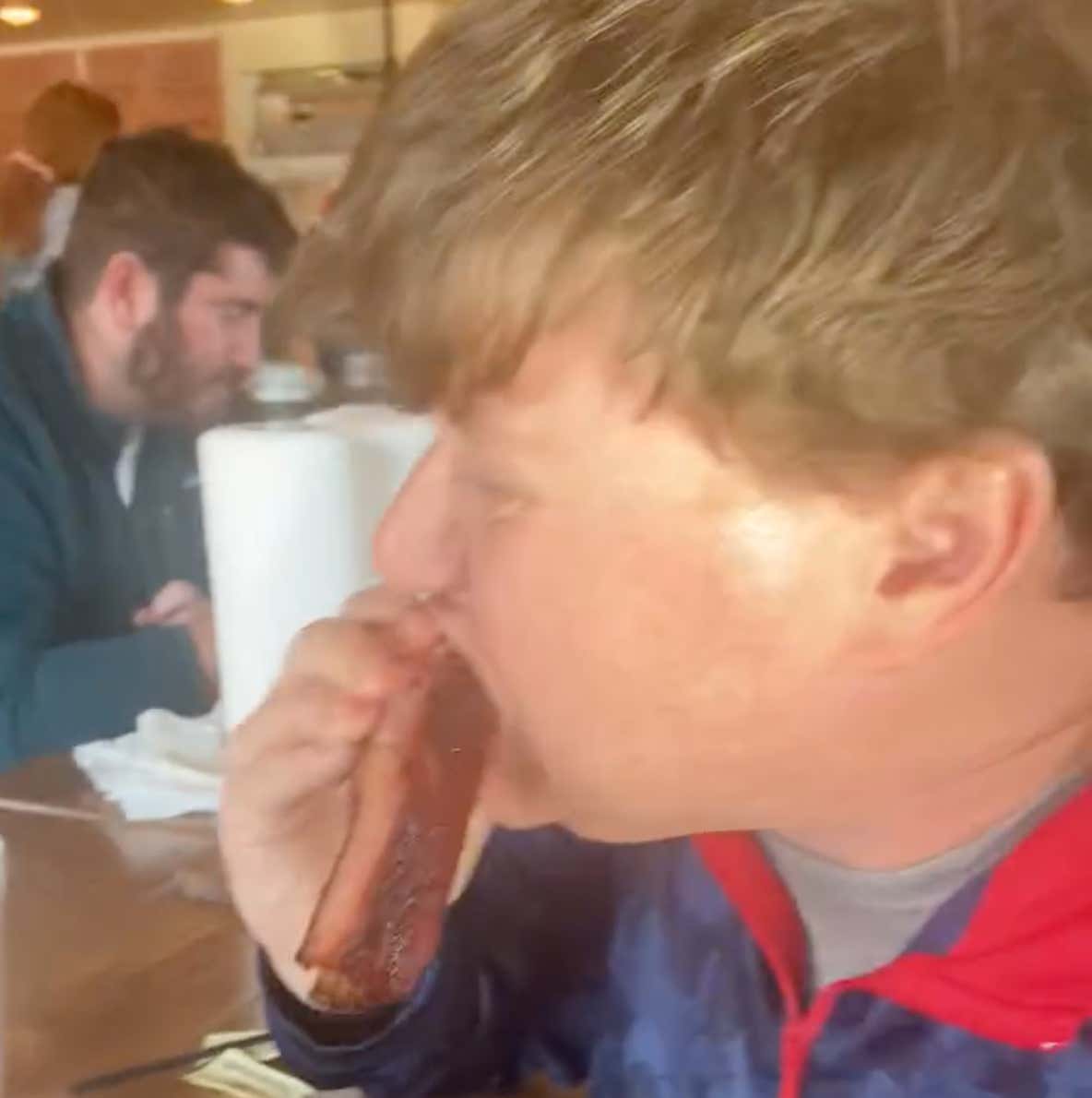 It looks like a dead heat to me. We'll have to see if TCU rant guy actually ends up with a job at Barstool or not. And even if he does there is a possibility he doesn't even want the King of the South moniker. But we all know you need a "thing" here at Barstool and if he doesn't like the competition for his thing being southern then he is going to hate the competition he runs into for "unhinged rants." 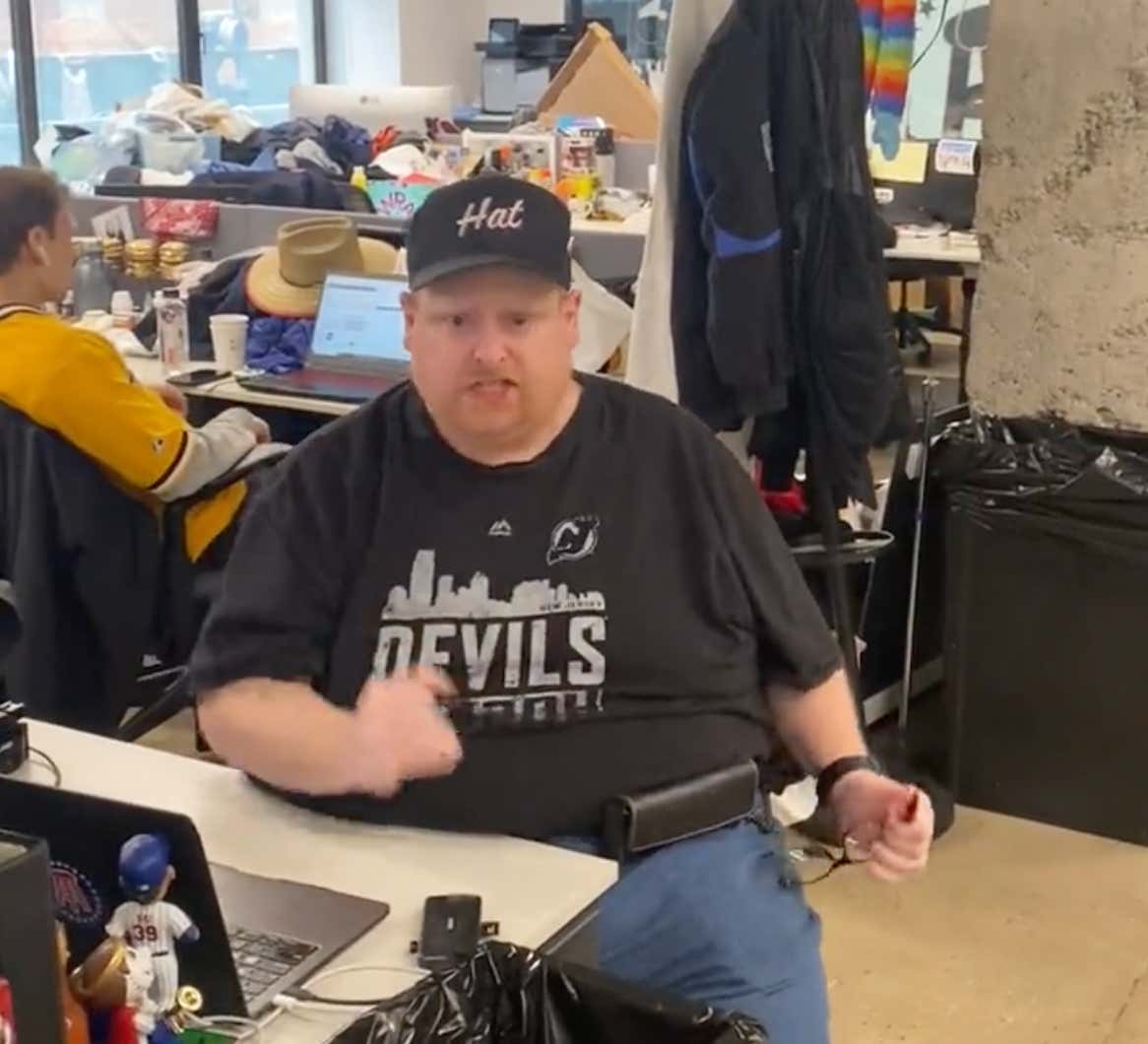