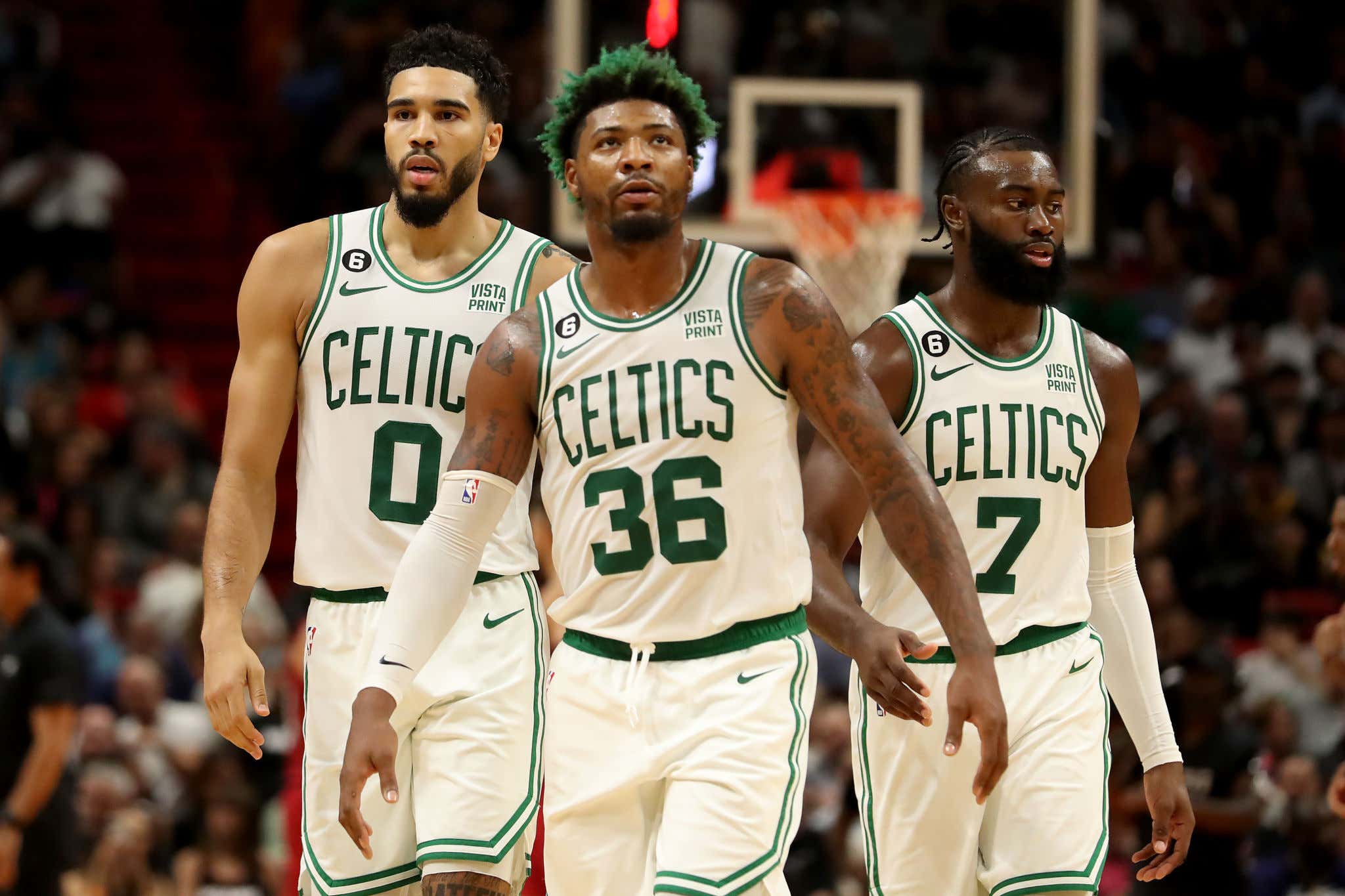 In a blink of an eye, we've reached the 41 game mark of the Celts season. Time sure does fly when you're having fun amirite?

The 2022-23 season has pretty much been an extension of the final 4-5 months of the 2021-22 season when it comes to the Boston Celtics. Over their final 41 games of the regular season last year, they went 31-10. Over the first 41 games of this year, the Celts are 29-12. Pretty good! Only the Suns were better last year (33-9), and not a single team has been better to start this season. Given the pressure and all the uncertainty the Celts entered this season with, what we've seen on the floor through 41 games is pretty ridiculous. In essence, they've responded exactly how we hoped they would way back in October.

That's why I am very excited for one of my favorite blogs of the year. What you're about to read are 41 stone cold facts that help tell the story of the Celts' first half. You can think I'm a biased homer, I can think you're a biased doomer, but there is no debating what you're about to read. That's the beauty of facts. Some are great, some are terrible, but they are not subjective.

We have a lot to get to, so let's dive right in

7. The Celtics have 5 players who are averaging over 3.0 AST

9. In the month of December, the Celtics had the 24th ranked offense and the 3rd ranked defense. They went 11-8.

18. Through 41 games the Celtics own the 7th best defense in basketball. Opponents shoot 46.9% from the floor, which is 13th.

20. Derrick White leads the Celtics in blocks, with 39. This leads the NBA in terms of all guards. The next closest on Boston is Tatum with 32.

23. Malcolm Brogdon is shooting 44% from three on 4.0 3PA a night. Of players that take at least that many 3PA, only KCP and Alec Burks have a better percentage in the entire NBA.

29. As a team, the Celtics still own the best offense in basketball at a rating of 117.1

31. Tatum and Brown own the most games with 30 points a piece in the NBA

32. Joe Mazzulla has started his coaching career with .700 basketball and the best record in the NBA

38. As a team, the Celts only run isolation on 7.2% of their possessions. This is down slightly from 8.5% last year

39. On average, the Celtics have 404.2 touches a game. Of that number, just 21.6 are paint touches. That's 19th in the league. Their 69% shooting on paint touches is 3rd in the NBA. They also own the 4th fewest TOs when it comes to paint touches.

41. When it comes to contesting shots, the Celts average 56.6 contests per game which is 2nd in the NBA

Add all that shit up and you get a 29-12 record and one of if not the best teams in the entire league. You can get upset about it if you want, but I'm going to have to ask you to argue with a wall. The proof is in the pudding, and as you can see no matter how you slice it the Celts have been pretty damn good.

A long way to go and truly none of this matters if they don't win the NBA title, but by my calculations, things are off to an ideal start.