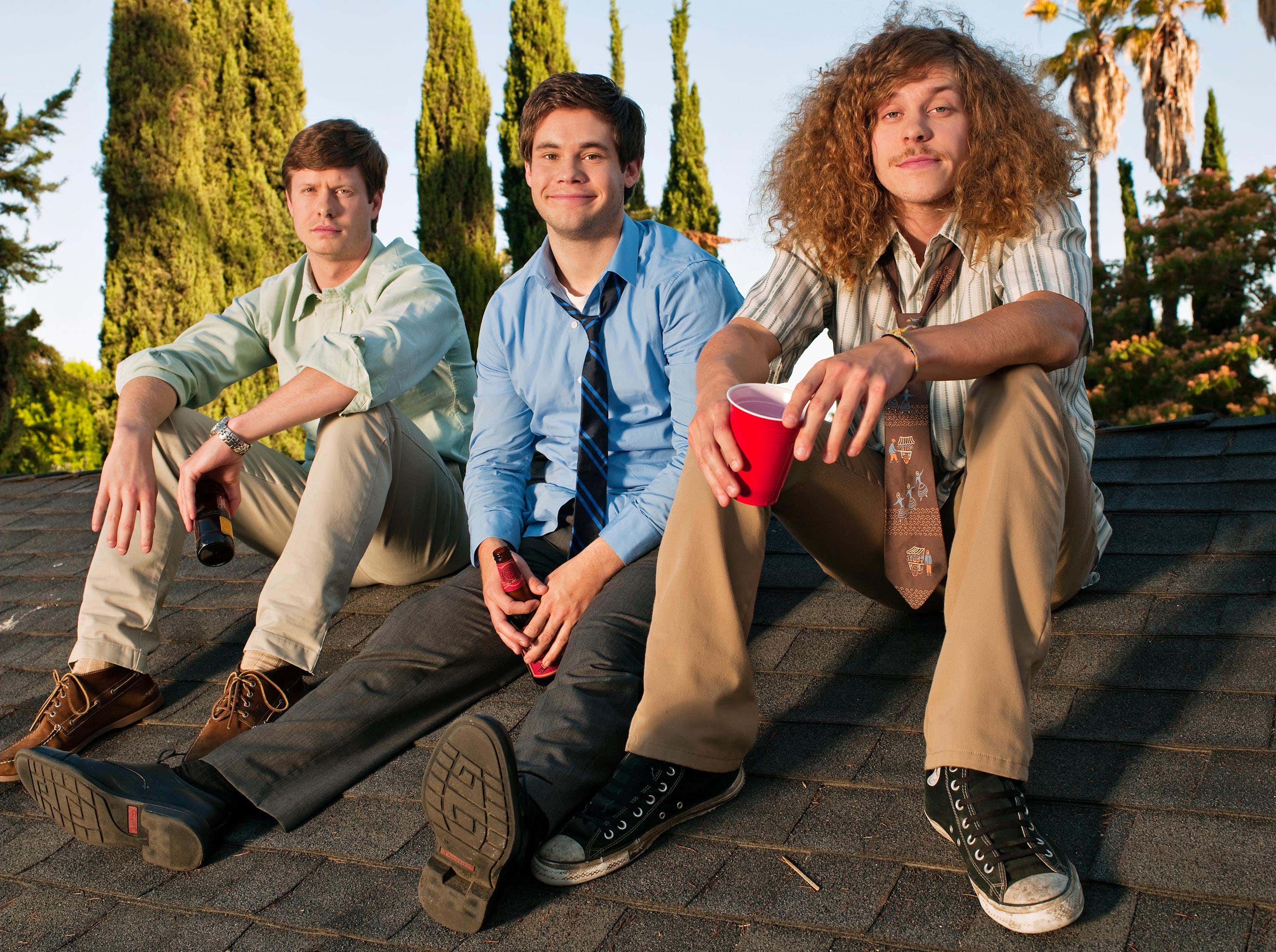 Variety -- Adam DeVine revealed on Instagram that a “Workaholics” movie has been scrapped at Paramount+ only a few weeks before cameras were set to start rolling. DeVine said he was informed by Paramount+ that the movie did not fit into the company’s “new global strategy.” A source close to the streamer cited production delays not fitting into company’s current schedule as the reason Paramount+ axed the film.

I'll tell ya what--buttholes don't get much looser than that. We're talking about the waistband on an old pair of basketball shorts from at least 17 years ago loose.

The boys were supposed to start filming in 5 weeks. A movie to finally bring everybody together. These are crazy times we are living in. We, as a society, have never been more divided than we are today. What better way to bring everybody back together than by getting weird with Adam, Ders, and Blake again?

This is what we need more than ever. Just a perfect 90 minute movie where you can completely shut your brain off and have the time of your life while watching. The perfect Sunday morning hangover cure movie. I don't know if we can just stage a coup and takeover Paramount+ to get this thing back on track, but I'm willing to do whatever it takes.

And while we're at it, we should get a Workaholics Cinematic Universe. Give me a street level movie about Montez and Waymond building their empire at TelAmeriCorp. I know we've gotten a few episodes throughout the years from Bill's perspective, let's flesh that out a little more. I can guarantee you it would be better than "Joker". I'll take an origin story for Alice. The fact of the matter is that we should be trying to put out as much Workaholics content as possible, not cancelling the shit.