Last week, I learned that Tom Brady's new girlfriend followed me on Instagram. I documented that rollercoaster here. In trying to get her off my back, I blocked her. Soon, I felt bad, so I decided to let her follow me again. Didn't think much of it. Simply wanted to be the bigger person.

Sure enough, not only did she follow me again, she posted about it:

First, I'm not sure why she said sarcastic. Almost made me block her again. But as I gloated on Twitter, something smelled like fish. A few of the replies to my tweet mentioned that she was not, in fact, dating Tom Brady. Some even went so far as to suggest she was married to a different man!

Had I been duped? Was I being played for clout? I had to find out.

I spent the next seventeen hours scrolling through a few thousand pictures of her. I was about to give up when finally, on the verge of collapse, having depleted my doomsday bunker of both tissues AND paper towels, I stumbled upon a series of wedding photos from a Slovakian wedding in 2020:

That sealed it. Not only did Veronika Rajek get married to another man as recently as March 2020, but I don't think her hair is blonde either. And if the lies start there, where do they end?

I was furious. But as the rage smoldered within me, I found my eye drawn towards the mystery man in her wedding photos. 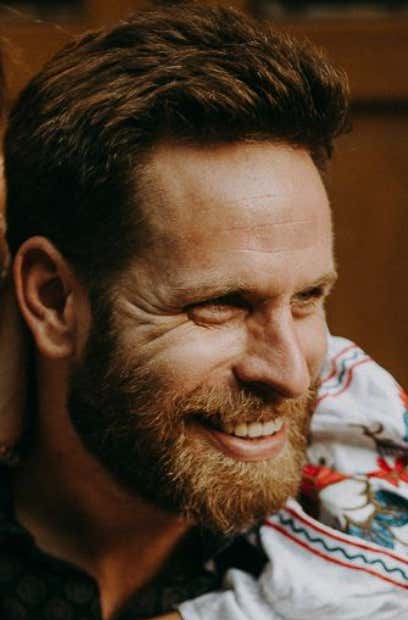 Breathtaking. The son of our Lord. Henrik Lundqvist meets Prince Harry, without the "help me Oprah, my family hates me" petulance. I don't care if it tickles; I need to sit on that face.

Why would a man so beautiful allow his own wife to propagate the falsehood that she was dating Tom Brady? I set aside my attraction to him and dug in. Boy oh boy, was I surprised by what I found.

His name is Viktor Rajek, he's Slovakian, and he was an Olympic bobsledder at the 2006 Torino games. According to his LinkedIn page, he's the most handsome man alive and lives in the mountains: 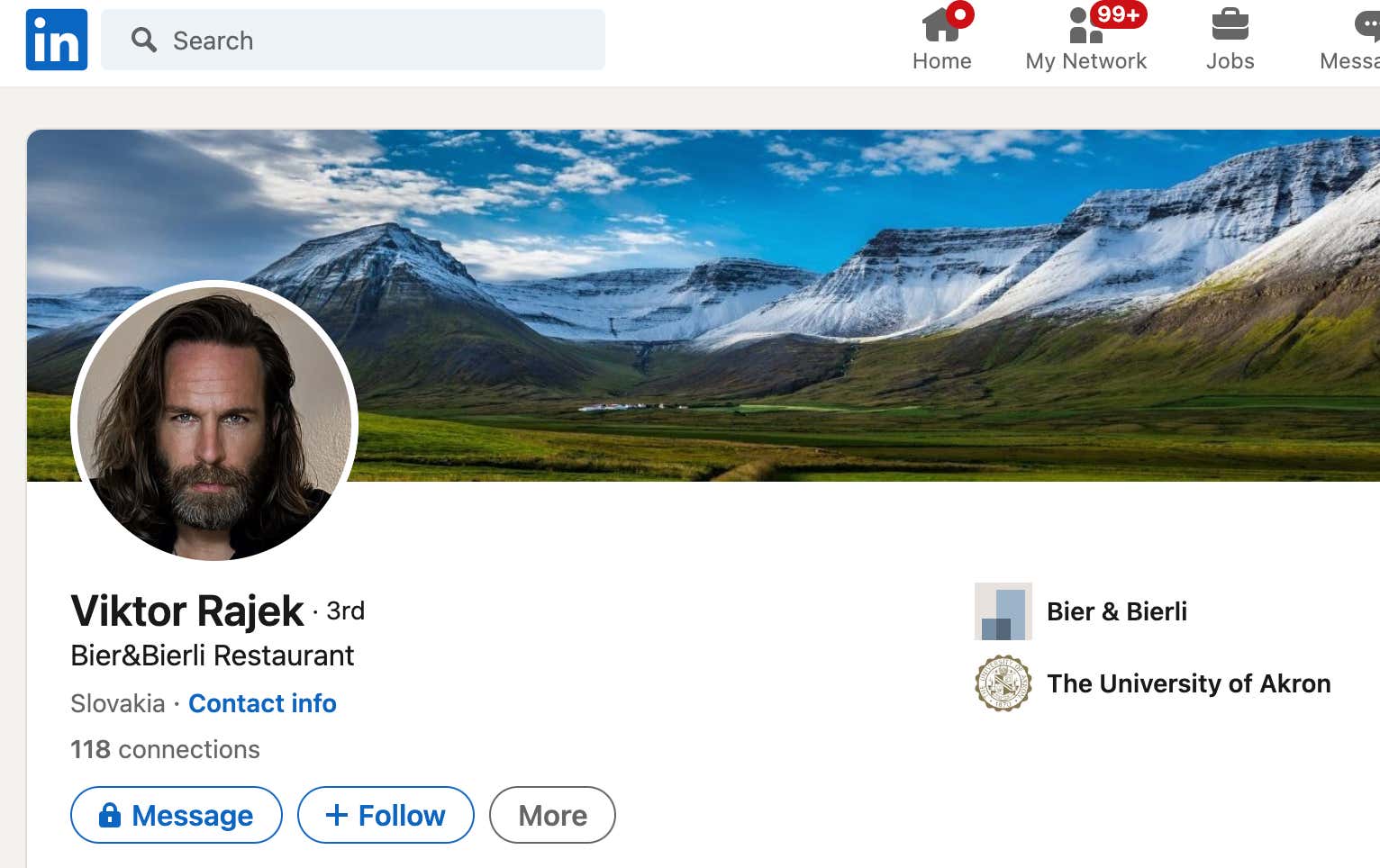 Stunning. But I scrolled down a bit and saw what he'd listed under his professional attributes:

Apparently, he's a big fan of alliteration. Guy is raining P's all over his resumé. Cool, I dig that.

He also owns a restaurant in Vienna, Austria. So I left an honest TripAdvisor review:

Of course, I immediately felt bad about leaving that review. Maybe Viktor is so busy with the restaurant that he doesn't know about the Tom Brady rumors regarding his wife.

And thus, as a married man myself, I knew I had to tell him:

I was just about to send that when I was stopped by a pang of conscience. Viktor doesn't want to hear that from me! He's probably still pissed over the TripAdvisor review from 10 minutes ago. Better to come at him with my hat in my hand, offering an olive branch:

That felt right. But then again… this is a real man. Viktor! Viktor eats meat off a big bone with his hands. Viktor responds to big barks, to alpha behavior. I needed to square my shoulders and make him respect me. I circled back:

There, that should do the trick. Right? God, by now my head was spinning. These people, man. They use you up, feast on your bones, and move on to their next prey. They are locusts, vultures, hyenas. Better to just avoid them entirely. Last try:

Then I blocked him:

And reported him for harassment. Out of sight, out of mind. It's playoff time. Tom needs to focus.