There's no denying Georgia is the new top dog in college football with this epic beatdown to win a second straight national title, but Nick Saban started seeing red when David Pollack had the gall to say that to his face. I may responsibly go place a 2023 Alabama future on the Barstool Sportsbook when next year's title odds are released, because this moment will be playing in Saban's head for the next 12 months.

This is a man who wanted to throw hands on live television: 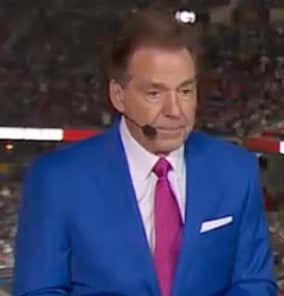 Kirby Smart is going to be pissed when he finds out Pollack just gave this guy a reason to keep going. Remember this clip.