Welcome back to the Blog Wheel. I'm about to scrap introductions for my blogs altogether. Every week I spend way too much time trying to think of some clever way to introduce the Blog Wheel, when it just doesn't matter whatsoever. I make stealing content from my Twitter followers so much more difficult that it should be. It's the same thing every week. I ask for good ideas, people continuously ignore the good part, and I pick the 8 topics I like the most.

Here are the "good" topics for this week.

Apologies to the comment section. I know you've been demanding another Barstool blog about Barstool bloggers, but the wheel didn't allow for that today. You're getting a fun & quirky blog about masks instead. Viva.

Finally a chance to be political on the blog. I've been dying to let the Stoolies know my opinion on masks.

Why Do People Wear Masks When Driving Alone?

They Are Robbing A Bank After a Long Day of Surfing

I guess the robbers weren't alone in that movie, but if you were robbing a bank alone you would still wear a mask. I have an ex-girlfriend who's brother robbed a bank (with a gun). He got caught and went to jail for like maybe 2 years (which seemed short). After he got out of jail, the family would always joke about it like "Ohhh that's our crazy son just robbing banks haha lol." It always made me a little uncomfortable. He was a cool guy though, I had no beef with him.

It's The Purge
If your town is having a purge then you'll see a lot of people driving around in masks. If I was purging I wouldn't wear a mask. A mask would just make it harder to see. I would be able to purge much better maskless. You can't get arrested during a purge anyways. That's the whole point. If I'm going to purge somebody, I'm not going to hide behind a mask like a coward. If my neighbor survives my purge, I'll congratulate him to his face like a man the next day. But from what I've seen in films, wearing a mask seems like the cool thing to do.

They Are a Surgeon on Their Way to Perform an Emergency Surgery
Every second matters. Having your mask on when you show up to the hospital could be the difference between a patient living or dying.

They Are Running Late to Their Amateur Wrestling Match 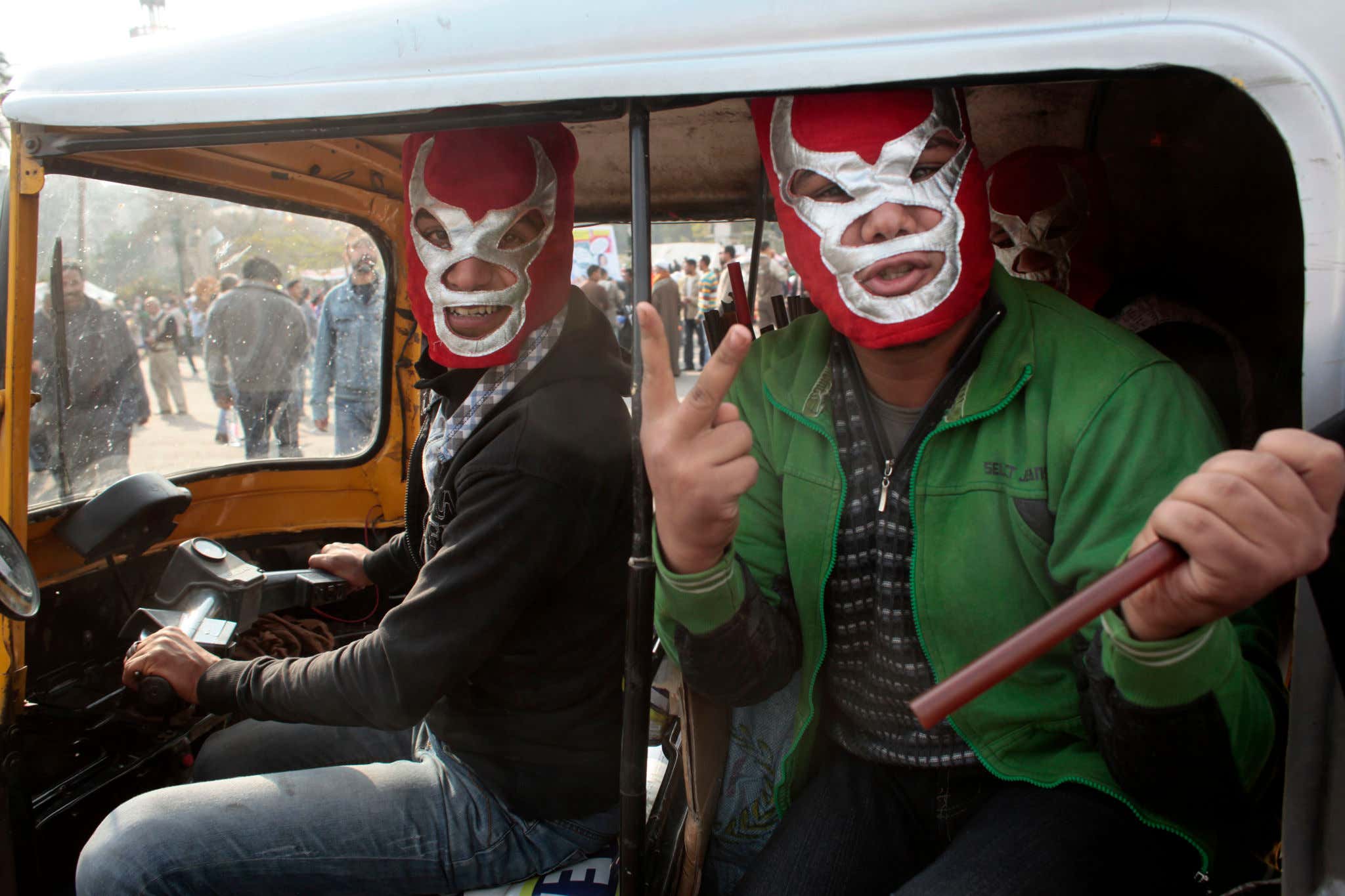 Remember Big Trouble Ben Bishop? Haven't heard from him in a while.

There is a Warrant Out for Their Arrest
If I was running from the cops, I would wear a mask all the time. It's really a great excuse for criminals to cover their faces in public. I wonder if that's made it harder to catch people.

They Are Driving Drunk
A lot of drunk drivers get busted because when the cops pull them over they can smell the liquor on their breath. Wearing a mask would help mask it. I'm not sure if a cop can force someone to take off their mask. What if the driver says something like, "With all do respect officer, I don't know who you've been exposed to today. I'm sure you deal with criminals and derelicts all day long who are riddled with germs. I have an auto-immune disease. I don't feel comfortable taking off my mask while you're standing so close to my vehicle."

But that might piss off the cop more. Just don't be and asshole and drive drunk. Then you won't have that problem.

They Have Bad Teeth, Are a Burn Victim, or Have an Ugly Bottom Half of Their Face
There's a lot of people out there who would be very attractive if it wasn't for an unfortunate nose to chin area. The mask era has probably done wonders for them. I have butthole eyes, so I caught the short end of the stick on that one. But if I had a cleft lip or a nasty snaggletooth I would never take my mask off.

They're On Their Way To A Mardi Gras Parade 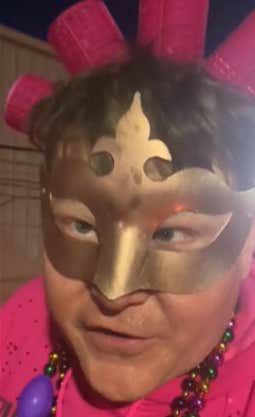 Ben Mintz doesn't strike me as a guy who has a car. I picture him as a person who has a younger neighbor who he'll call at any time of day and say, "Ben Mintz Voice - Hey man I need a ride to the BBQ". Without even considering that his neighbor might have something going on in his own life. Mintzy just assumes that he's available to cater to his every need. But the neighbor is hoping he can parlay being Mintzy's servant into a job at Barstool, so he just does it every time. Honestly, I would have done that. I think that's what Playboy Marty did and he ended up with a job here. Or maybe Ben Mintz just has his own car.

They're In The Cartel
I'm not sure where the picture is from, but it seems cartel adjacent. Whoever he's with, he's an extremely badass looking dude. 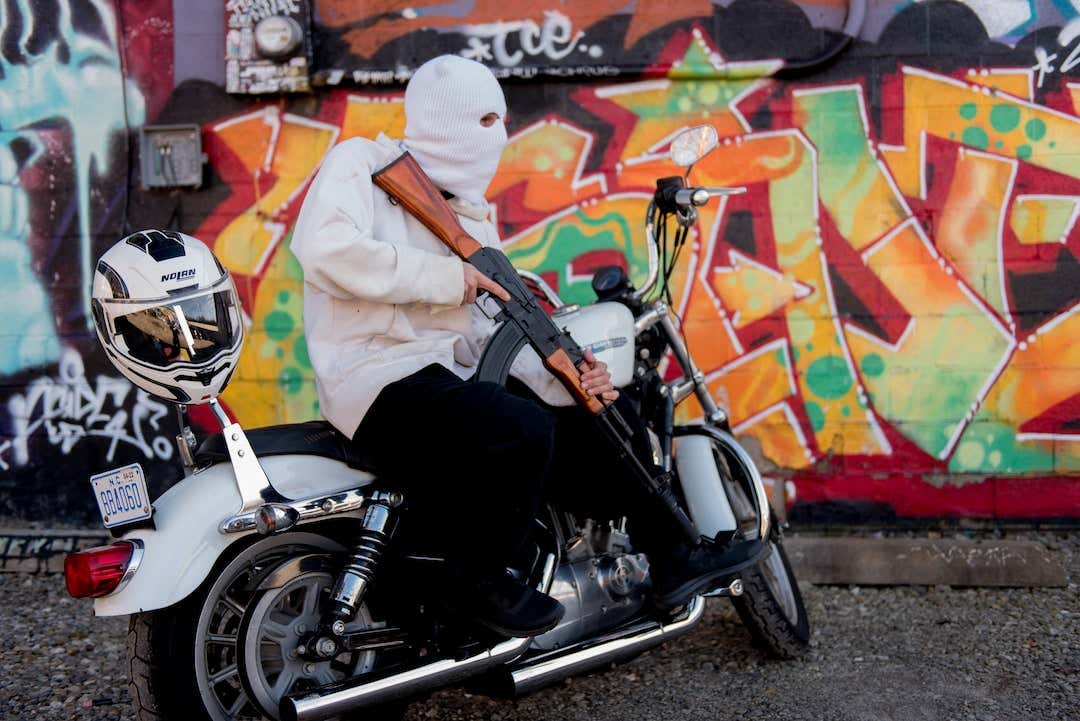 They're Robbing You
I always play out this scenario in my head. Someone pulls up next to me and puts a gun to my head. In my mind, I would have the balls to call him on his bluff. He probably doesn't want to shoot you. He's just used to people caving as soon as he pulls the gun. It might not even be loaded. Killing me can't be worth getting my cell phone and a couple credit cards. But in reality I would cave so fast.