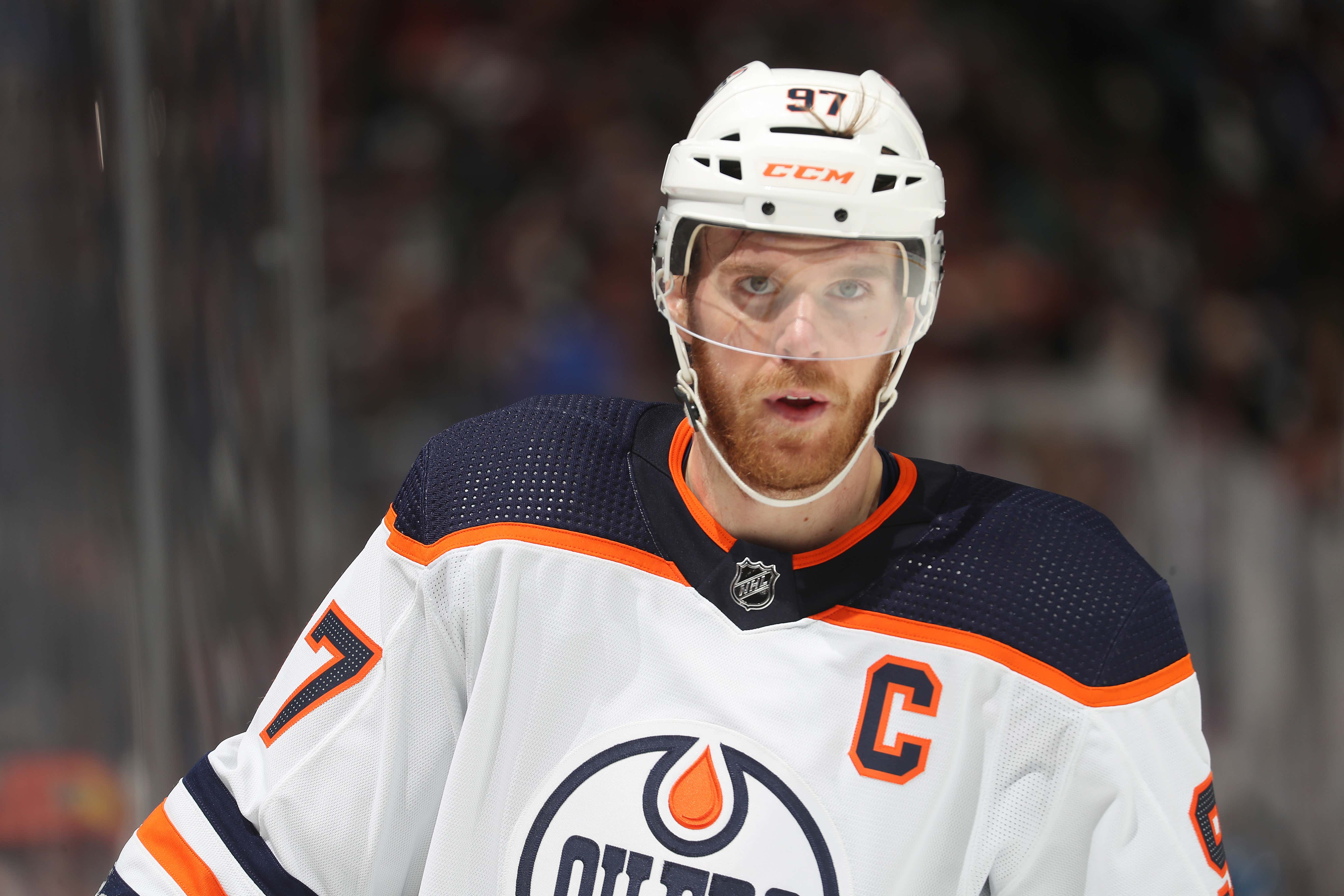 And I think we found that something…Apparently his powers are all in the socks.

But I must warn you real quick, your life will never be the same after seeing this. At the very least, you won't be able to enjoy your lunch today.

Jesus, dude. I hate throwing out socks just as much as the next guy. Little hole in the bottom never hurt nobody. But the moment you can't even keep your toes inside the socks, it's time to let that shit go. Also I don't even want to know what color those socks started off as. They look like what you'd come up with if you were designing a winter classic uniform. Shit got the sepia tone filter on them. Pretty sure when those socks were first made Edmonton was still in the WHA.

But I guess until McJesus finally throws these gross ass socks away, we'll never know if it's just superstition or not. What if the socks finally bite the dust and all of a sudden McDavid turns into Nail Yakupov? If the socks are truly the source of his greatness, I get it. But if it turns out they have quite literally nothing to do with the fact that this freak leads the entire league by 14 points, well then I'd be furious if I were the Oilers equipment manager. Imagine showing up to work every day and your job is to handle those disgusting socks with the upmost care and attention. I'd sue for damages.

Anyway, there's a blog about Connor McDavid's socks. Because honestly, writing about how he just slices his way through 4 defenders before stuffing the back of the net every night is starting to get boring. Nice to change it up every once in a while.