Hell yes. This is I want to see in a soccer brawl. Some wild punches, flying knees and more importantly a guy almost getting kicked in the ass. I think that's as low as it gets. I'd rather get punched in the face than kicked in the ass during a fight. It's like getting a D- vs failing a test. Just let me fail. No need to tease me with that D-.

That said, I do love the manager blaming the players:

[Source] - Speaking about the unacceptable incident, Guanacasteca manager Yosimar Arias said: "It's a bit embarrassing, it's a player issue.

"When they are friendly, it is not the first time that has happened."

Liberian midfielder Diego Madrigal then added: "This is a stain on national football, this cannot even happen on open courts."

Take it easy guys, it's a scrap. People do it all the time. It's not a stain on national football. In fact I'd say people probably don't even know about it outside of a couple of blogs. Not like people are tuned into Costa Rican soccer unless the US needs a result against them to qualify for the World Cup.

Now back to the brouhaha. Gotta say coming out of the gate with this move is elite. Set the tone early: 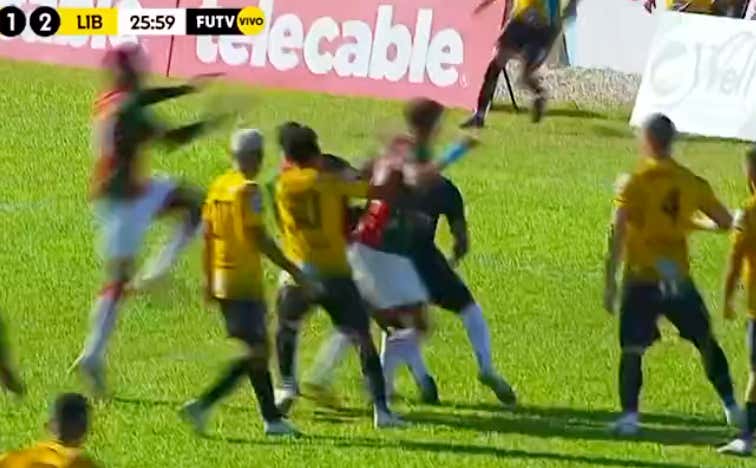 Just fly over people and let everyone know you're there to scrap. But credit to these players. There were actual punches. We don't get that a lot in soccer. We get the kicks and there are plenty here. But they at least were willing to throw hands. Now sure the actual punches almost sent the person throwing said punch to the ground. We're talking soccer players here. We know they aren't great fighters. But it's baby steps.