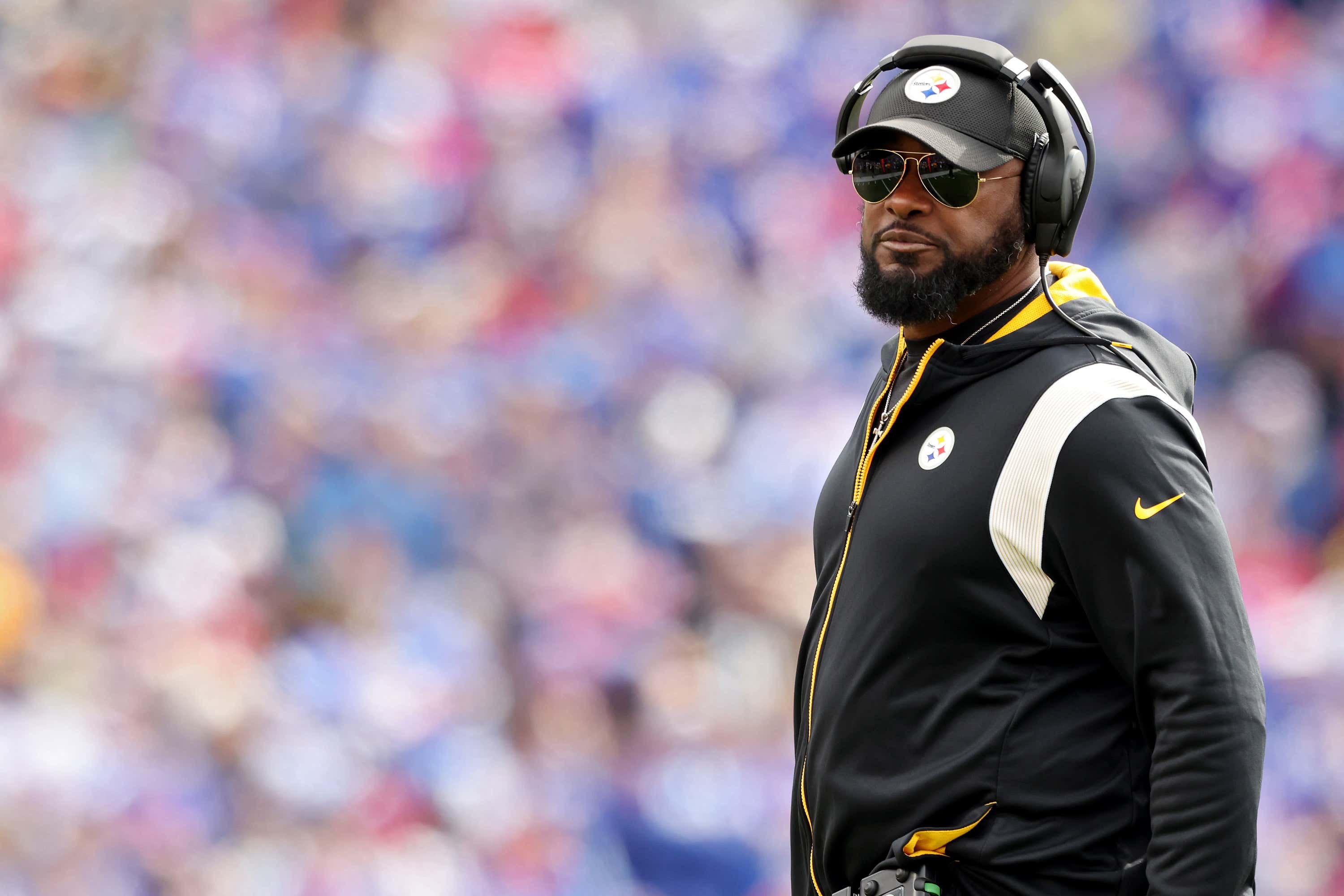 If I'm Mike Tomlin I am DM'ing Lombardi this morning and asking him to take this tweet down. You don't want the black angel of inaccuracy to be on your side in any situation. Who knows if the erring is contagious.

The Steelers ended the season with a 9-8 record and admittedly finished above most people's expectations. Tomlin has never had a losing season in his 16 years as head coach and has certainly cemented his status as one of the greats of this generation, possibly all-time. And he definitely deserves to have had at least one coach of the year honor at some point, but this ain't that point.

There is something to be said for beating bad teams (and there is also a ton of job security in that skill) but Tomlin and the Steelers feasted on bums down the stretch. They went 6-1 in the final 7 weeks beating the Colts, Falcons, Raiders, Panthers, and Browns. They also went 1-1 against a reeling Ravens team with Tyler Huntley at the helm.

Instead, how about Doug Pederson and the Jaguars who won their division after going 4-29 the last two years? Not only are they headed to the playoffs but he finally got Trevor Lawrence to look like a first overall pick and a guy they can build around for the next decade. Sure, they aren't really much more than that division's Darren Rovell - meaning they're still a huge loser that just so happened to cut in front some teams that have been developmentally delayed - but nonetheless they are headed to the postseason unlike Pittsburgh.

Or how about Pete Carroll in Seattle? The Seahawks were predicted by many pundits to be the worst team in the NFL and tanking for a top draft pick. Instead, he got Geno Smith to throw for nearly 4,300 yards, 30 touchdowns, and they are headed to the playoffs as a wild card team.

Either one of those guys would be a better choice for coach of the year over Tomlin.

And as for Lombardi himself, this guy is the Serena Williams of being wrong. He is the Tiger Woods of fucking things up. And it would be frustrating that he continues to get opportunities in and around football if it weren't so damn impressive.

He was never a relevant part of anything successful in the NFL. Unless of course you think bringing in Dion Lewis and Jabaal Sheard was the reason the Patriots won the Super Bowl in 2015.

The only thing the guy has ever won himself was PMT's Bad Take of the Year award in 2018. You remember, where he said DOUG PEDERSON might be less qualified to coach an NFL team than anyone he has seen in his 30 years.

The same Doug Pederson who went on to win the Super Bowl. The same one he now claims should finish behind Mike Tomlin as coach of the year.

But plenty of people have bad takes and are still entertaining. Guys like Stephen A and Skip have made entire careers out of that formula. But Mike Lombardi changed the analyst game the way Jackie Robinson revolutionized baseball. He is bad at analysis AND is unbelievably unentertaining. No one ever thought to pair the worst opinions ever with a dry, crotchety, get-off-my-grass attitude and it's a wonder to behold.

I mean seriously? Who the fuck hates on the Red Zone guy?! Scott Hanson spends seven hours guiding us through all the wonderful and entertaining NFL action each week WITH NO COMMERCIAL BREAKS.

Michael Lombardi is like if Skip Bayless and Clint Eastwood's character in Gran Torino had a baby and that baby grew up with only three objectives: to draft bad football players, construct bad football teams, and deliver bad football takes. His dominance in these areas should be revered.

In fact, I propose the NFL name every bathroom at every stadium in the league, "The Michael Lombardi Facility." This way we can all commemorate his steaming pile of shit career by leaving our own steaming piles of shit.