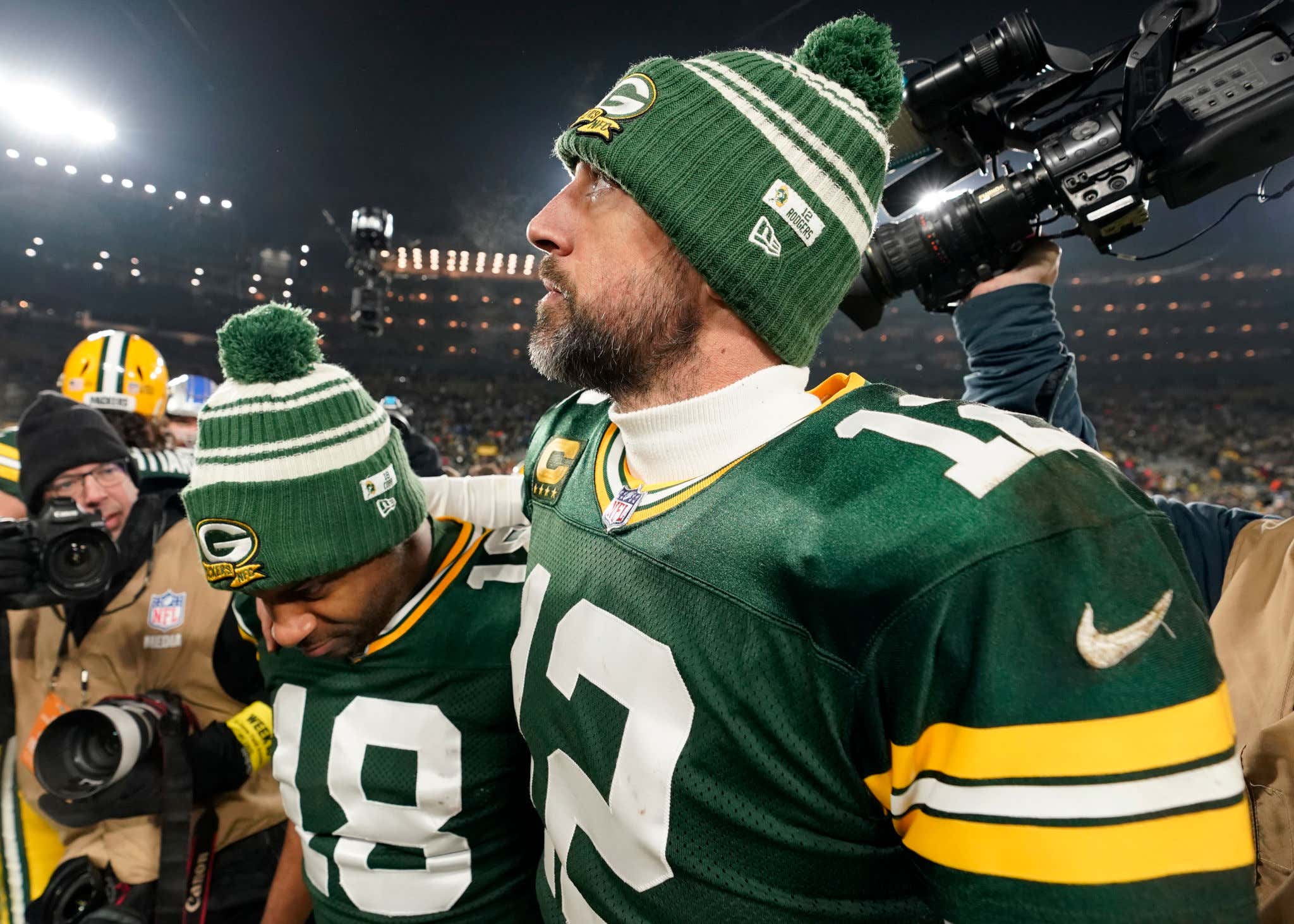 Well, that all sucked. Once again the Packers laid an egg at home with the season on the line and we're left here wondering what the hell 12 is gonna do. I will say, of all the season ending losses I've experienced as a fan (there have been some soul crushers), that was one of the easier ones to swallow. I mean let's face it, this team was not good. They would have gotten obliterated by the 49ers next week and likely wasted our time. It sucks to get teased no doubt, but this is the same team that lost to Zach Wilson at home. December was fun and getting all the lucky bounces along the way, but it was time for reality to set in. It is what it is. Way too sloppy of a game, offense failed to finish drives in the 1st half that could have put the game away (story of the season), Rasul's personal foul, Quay Walker shoved the trainer (what the actual fuck), Jones' fumble, the list goes on and on. They didn't deserve to win that game and they really didn't deserve to be in the position they were tonight to begin with.

Now to Rodgers. Everyone is looking at this interaction between him and Jameson Williams after the game where Rodgers told him he was gonna hang onto his jersey after the Lions wideout asked for a swap.

What's it mean? On the surface it certainly points to the Packers QB wanting to hang onto potentially the last jersey he'll ever wear. Williams asked for one after their game in Detroit and Rodgers told him he owed him one. He was asked afterwards about that moment and chalked it up to just wanting to keep big game jerseys and giving it to people close to him. Kind of a non-answer.

Then you look at this moment with one of his closest friends in life, Randall Cobb as they walked off the field together.

You have to imagine that's definitely it for Cobb, with Rodgers being a little bit more of a mystery. Either way that was certainly an emotional moment for the two. Either one or both of them are retiring.

Rodgers is owed a ton of guaranteed money next year ($58.3M), so the question becomes would he really walk away from that? The Packers front office is certainly gonna pray to a higher power every night that he does. When asked after the game he point blankly said yes, "Money is energy, and I have made a ton of it and I’m very thankful for this organization, the generational wealth that they’ve offered me.” Not a clue what money is energy means, but it must be nice to content walking away from that kind of cash. He said he doesn't care about walking away on a low note like this, all that matters is if he wants to do this again and if he feels he needs to prove anything to himself.

My guess at the moment would be he's done. If he absolutely had to make a choice this second he'd retire. Obviously not wanting to make an emotional decision he's going to wait, but if he feels the same way he does right now in a few weeks I'd say his career is over.

His final question-answer from the media session seemed pretty telling.

Can't find the video but he singled out a few beat reporters in kind of a farewell way before saying his guys and the fans. I guess we kinda felt this way after last year's presser too and he did come back. It just feels like his level has finally dropped to a point where he's a liability. Green Bay can also move on from Bakhtiari's deal this offseason. Cobb is almost certainly done. Marcedes Lewis could easily hang em' up. 38 year old Mason Crosby could also move on. Does Rodgers really want to come back to a team without those guys? If money truly means nothing to him at this point I think he's done. Thank you for everything now go enjoy retirement life with Mallory Edens. It's time for Jordan Love to get his shot.

P.S. It absolutely blows the Seahawks won and the Lions didn't get into the playoffs. Probably at least 5 teams that made the postseason that they're better than at the moment. Hell of a job from that front office and coaching staff.