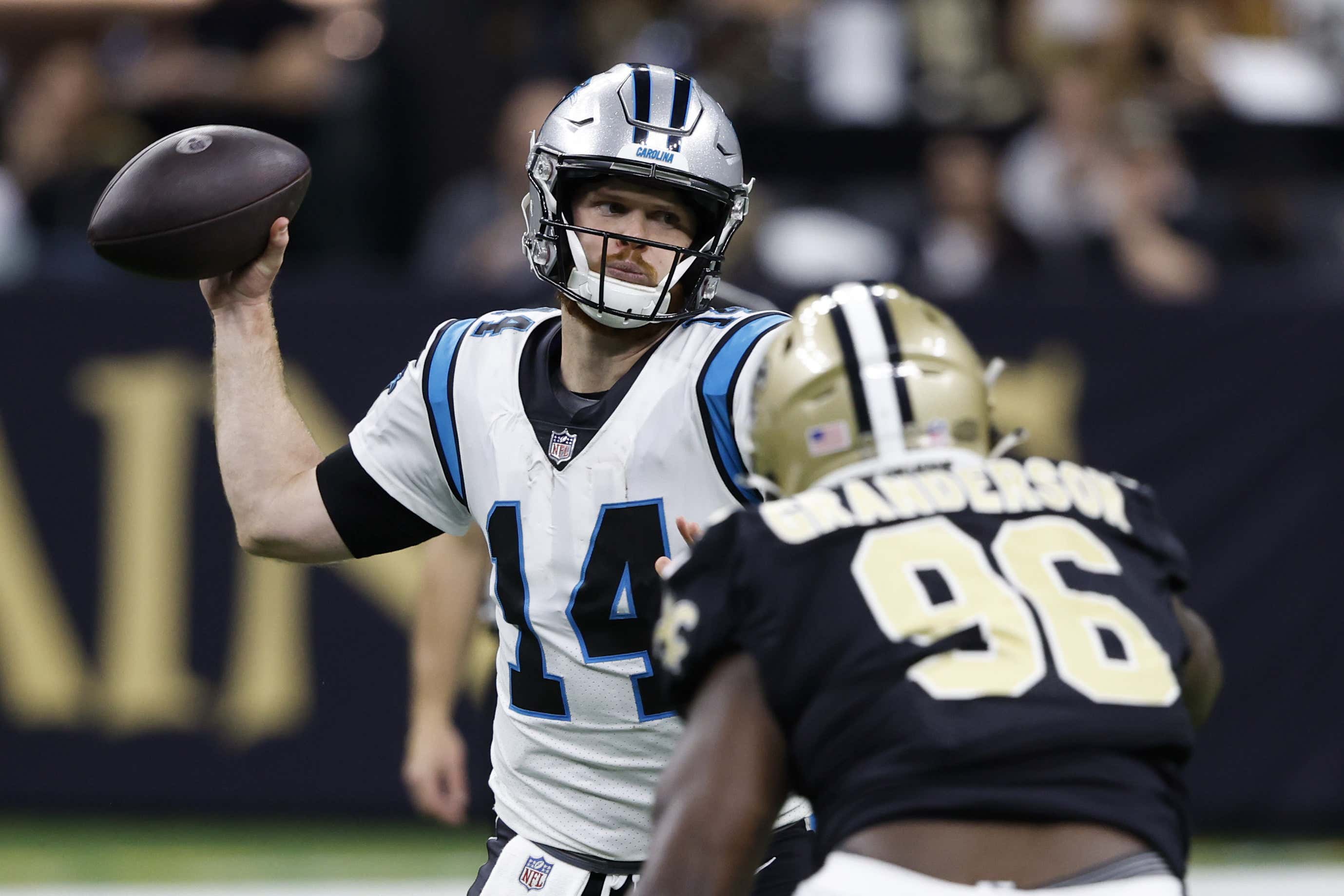 The NFL is a passing league. This is not news. All the rules are designed to protect the QBs and penalize DBs for sneezing on WRs. Passing records are being shattered at an all time rate.

Until Sam Darnold took the field on Sunday in New Orleans and turned back time. He threw for 45 yards in a PRO FOOTBALL GAME and WON. How the hell is this even possible?!?!? Darnold had a QBR of 2.8!

The Saints found every possible way to screw up on Sunday. A missed FG, a blocked FG and stopped on downs at the Carolina 25.

After leaving at least 6 points on the field in the 1st half, the offense DID NOT DO ONE DAMN THING in the 2nd half. It was an embarrassing listless performance that was a perfect microcosm of what wrong in the 2023 season.

Late in the 4th quarter, Darnold floated a pass that hung up in the SuperDome forever that was picked off to literally hand the game to the Saints! And once again they could not capitalize and Will Lutz FG was blocked.

Darnold FINALLY completed a 21 yard pass to Terrace Marshall to set up this game winning FG to put the Saints out of their misery to end the season at an ugly 7-10.

If I were on the Saints Defense, I would have been in a fightin' mood in the locker room postgame after allowing under 20 points 8 weeks in a row to end the season.

The offense stunk and now faces a long offseason. The Saints actually have playmakers in Alvin Kamara, Taysom Hill, Chris Olave and Rashaan Shaheed. Just do not ask about who the QB is or if they have a decent coach.

In a dark humor way, it might be for the best they lost in this travesty of a football game to end the season instead of finishing on a false high after a 4 game winning streak.

One thing is for sure. Changes are comin'……