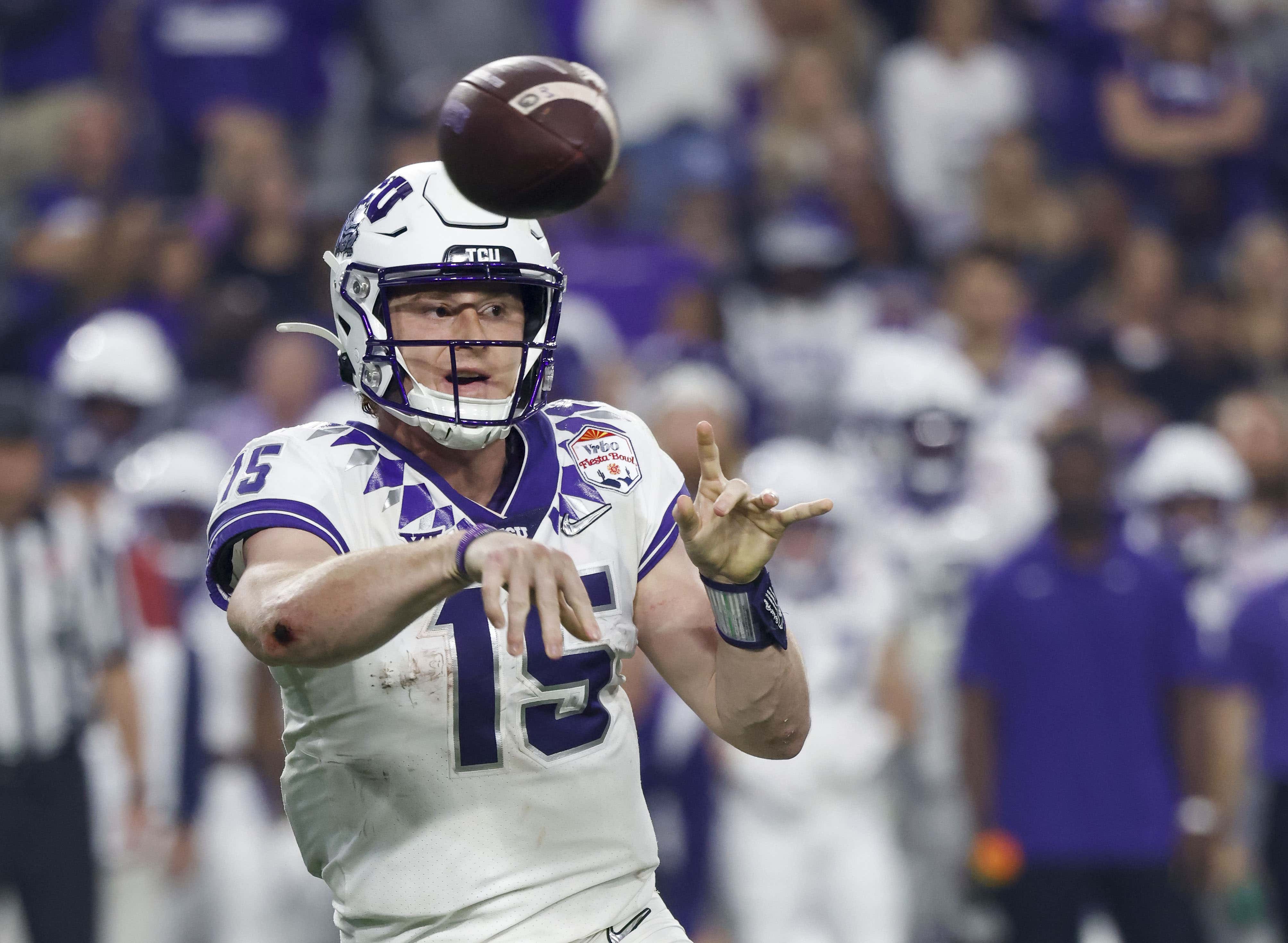 Right down to the last day of the season, TCU is being disrespected. The Horned Frogs are catching 13 tonight vs Georgia on The Barstool Sportsbook. All year long TCU just keeps stringing together wins while everyone is waiting for them to lose. It's been very fun to watch if you have no horse in the race, (or frog in the pond), to see this team on a magical run, where they could potentially become a National Champion. In a game where they would beat a Georgia team looking to go back to back, and a potential dynasty in the making. Big T broke down Georgia being that close to becoming a dynasty.

Full disclosure, I would lay the points with Georgia, and feel my favorite bet is Georgia to score first and win -136. But picking the favorite isn't the stories sports are made of, or what makes sports so special. The underdog story, the cinderella run, and the magical upset is what they make movies about and what makes social media explode when people continually ask "Are you watching this ?", "Can you believe this?" or "Is this real?" That's the stuff that moves the needle, so with that said, I'm here to examine if TCU over Georgia would be the all time Championship Game Upset in not only College Football but College Basketball as well.

I think the first thing you have to do here is examine the makings of "an underdog" or "a cinderella". It's weird to me to decipher if TCU fits in that label. They have plenty of reasons to be labeled "an underdog"  ":

- They've pulled a variety of close wins out of their ass all year.

- Their starting quarterback went out in game 1 of the season, and they were forced to go to veteran Max Duggan as a second option. Sonny Dykes is getting a ton of credit for his coaching job this year, but are we giving him a pass that he potentially technically picked the wrong guy to start. Would the Horned Frogs even be in the playoff discussion if Chandler Morris was under center ?

On the other hand, there's reasons that seem hard to label them an underdog, or at least an underdog of epic proportions.

- They play in the Big 12, a power conference where they went undefeated in conference play and lost in overtime in the conference championship game.

- Their QB is a Heisman runner up and they have a WR in Quentin Johnston who looks like he was created in a lab to make big play after big play.

- Their offense is dynamic, ranking 7th in points per game, and 17th in yards per game. Which has carried them all season.

- Late in 2022, the school announced a $40 million dollar project for a new Athletics Human Performance Center Renovation and Expansion Project

This isn't little old TCU from the Mountain West, or a miracle run by a team like Tulane or Western Kentucky or some non power 5 team to make the Championship Game out of no where. TCU is a power team from a power state who hung with the best of the best (so far) all year to deserve this shot. Yet their still facing a 13 point spread and would be the biggest point spread upset essentially ever. It's a weird dynamic for me to wrap my head around. Yes, TCU dancing in the confetti tonight would be a massive massive massive upset. But on the other, they aren't some team with no resources, or funding, or players for that matter.

Which is why I keep asking myself, would TCU over Georgia be the biggest upset in Championship Game history football or basketball ?

Here's some candidates to consider when making the list :

Ohio St was a 12 point dog and pulled off the upset in a controversial ending after a flag of pass interference.

This time Miami pulls the upset as a 10.5 point dog. Nebraska's two point conversion attempt fails in the final seconds and Miami Coach Howard Schnellenberger and the Canes celebrate a title.

The Sooners absolutely shut down Florida St and win as an 11 point underdog.

No one gave Villanova a chance. I had a VHS tape as a kid called "One Shining Moment" and watched it until the tape nearly broke. I distinctly remember all the talking heads saying NO ONE was giving Villanova a chance in this game. None. One of the biggest upsets ever.

We took the phone off hook in my house because all my friends would have called to laugh. I was a massive Duke fan and still have nightmares of Khalid El Amin screaming "we shocked the world". I still say this is the worst loss in Duke history. This 99 team was special and I cannot believe they didn't cut down the nets. Add in they were a 9.5 point favorite, and it stings even more. Nightmares. Can't believe they didn't get a shot off in that last possession. Brutal.

This was also on that VHS tape. The line of "elephants will drive in the Indy 500 before NC State beats Houston" stuck with me forever. NC St was a 7.5 point dog according to research.

I'm sure theres some old time games like Texas Western over Kentucky or some games in football way back in the 50's and 60's etc. But those are the 6-7 games that would be considered the biggest upsets in Title game history in college hoops or football. TCU has the ability to be at the top of the list tonight, which is still very weird to me to say but here we are. Tonight could be a historic night which is what makes sports so great. Strap up and let's enjoy a classic.