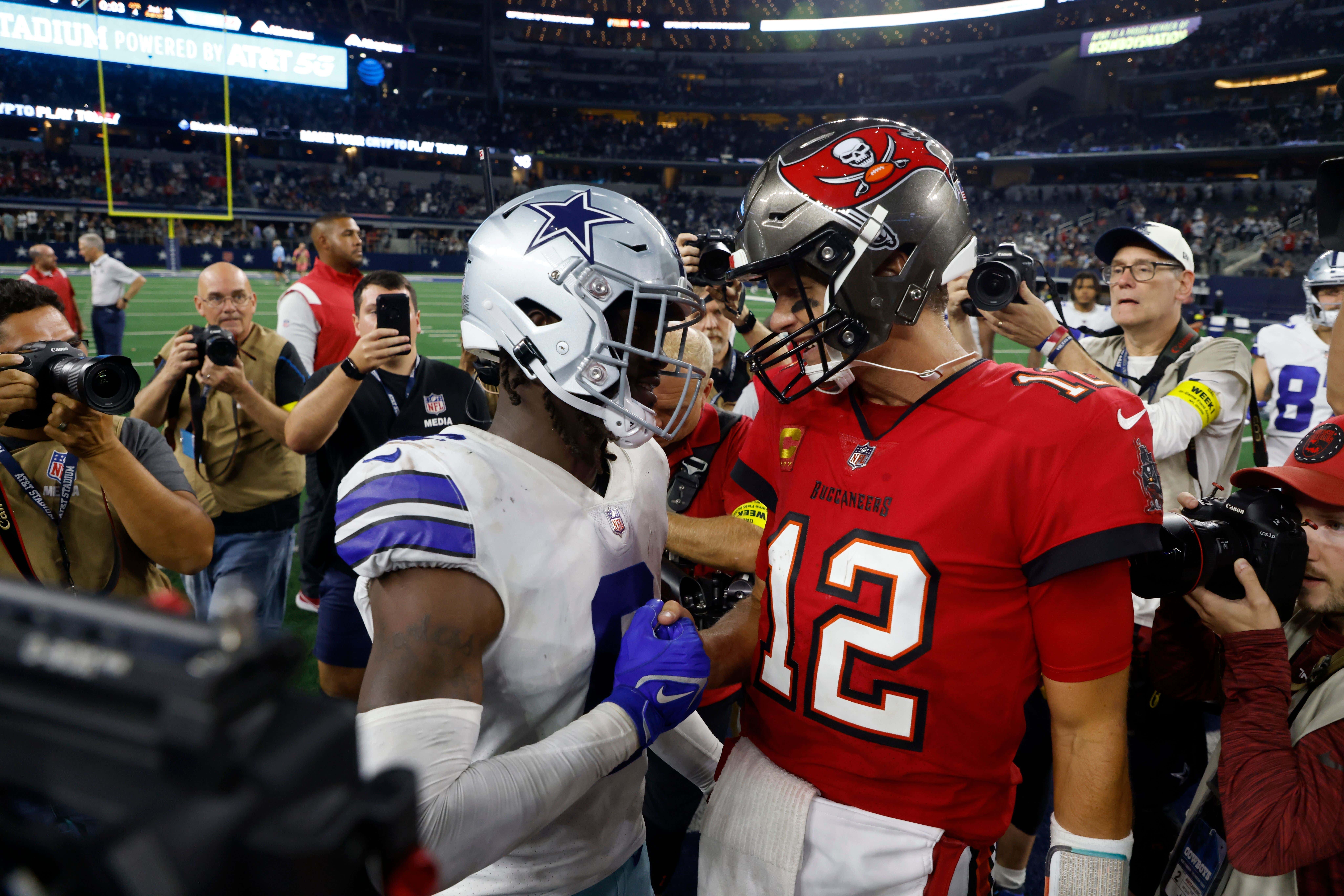 The Buccaneers had nothing to play for really today in Atlanta. They ended up losing the game as they pulled a bunch of starters in the 2nd Quarter. And while they did lose the game, the result didn't much matter. Tom Brady does finish with his first season below .500 ever and while that's a footnote, it doesn't matter in the grand scheme of things.

But throw out the record books for next week.

Dak Prescott was 14/37 for 128 yards with 1 TD and 1 INT today vs. a Washington Commanders team with nothing to play for. Prescott has thrown 11 INTs over his last seven games. Meanwhile the Buccaneers have gotten nine turnovers in the last five games getting at least one in each.

These teams have also played the last two seasons in Week 1 to open the year with the Bucs winning 31-29 in 2021 and 19-3 in 2022 while picking off Dak in both games. I know the 2022 Bucs haven't exactly been world beaters, this is the team that I preferred to play in the 4/5 matchup.

And while Dallas finished 12-5 and I know you play who your schedule says, but the Cowboys last seven games have been against:

Daniel Jones, Matt Ryan, Davis Mills/Jeff Driskel, Trevor Lawrence, Gardner Minshew, Josh Dobbs, and Sam Howell. They were 5-2 in that stretch, but they weren't exactly playing Pro Bowl QBs. And this is coming from a guy who likes both Trevor Lawrence and Daniel Jones! Now they go on the road to play Tom Brady in the playoffs. That's a whole different animal. But the Barstool Sportsbook still has them as three point favorites. Interesting.

On a totally separate note, today was actually the final day of the mask I had been wearing all season when the Buccaneers were down one score.

Going into the year, I certainly didn't imagine doing it that often. But looking back after an 8-9 season, it was actually on a lot.

I was streaming every Sunday and almost every week the Kane mask would make an appearance.

The worst would be when it was an early deficit as those were annoying and tough to dig out of.

I was very dedicated to this commitment. I even had a version for home when they played on Christmas night.

I'm happy to be through with that and I'm excited for playoff football. I'd like to proactively thank Vegas for installing a walking narrative of us against the world by making us underdogs this week. Don't let us get hot.