I'm not sure why I always feel the need to start out this blog by saying "Welcome back to another edition a Dumping Them Out, etc. etc." You've already clicked on the blog. You know what you're reading looking at. I'll skip the intro this time. But I will say.. that was a pretty strong opening GIF (no pun intended).

It's amazing how good doctors are at their jobs (at least some of them). Specifically, in the case of Damar Hamlin, they did phenomenal. They did a great job doing exactly what their job is, which was to keep Damar Hamlin alive. Bravo doctors. Couldn't have asked for anything more… However, as soon as they stray from medicine, it starts to fall apart

It was such an awesome thing to hear that when Damar Hamlin woke up, the first thing he asked was "Did we win?". I think that's what any competitor would ask if they were knocked out of a game in that fashion. But the doctors just HAD to get cute with it.

Are we allowed to make fun of that yet? I know it was hands off any jokes for a while, and for good reason. Nobody should have made jokes. But now that he's doing better.. I mean.. c'mon doctors. You did a BRILLIANT job doing your job, but your answer to Damar Hamlin's question was not your best work. I'm sure he wanted a real answer. I would imagine Damar Hamiln's follow up question was something like, "No really, did we win?".

And not to pile on. Again, I can't stress enough how incredible these doctors are at their jobs. But did you see this tweet this morning?

These doctors are literally able to bring people back to life, but they can't figure out how to stream the Bills/Patriots game? Did they call an all-hands-on-deck meeting to discuss possible streaming options? Do doctors not know about streaming? Do they not know about NFL Sunday Ticket? Crackstreams? Methstreams? That's a wild tweet. Again, INCREDIBLE JOB by the doctors doing what truly matters, but things start to get a little hairy as soon as they stray away from medicine.

The Bills opening kickoff return for a touchdown was such an awesome moment. Hard to not shed a tear at that. And Damar Hamlin tweeting along from the hospital has been an awesome thing to watch.

I'm so sorry, that was way too many words in a row with no Boob GIF's to break them up. It seemed like it might be inconsiderate to break up the Damar Hamlin section of the blog with Boob GIF's. I don't think he would mind. He would maybe even prefer it. But I thought it better to be safe. I promise the rest the blog will be better.

I know talking about your fantasy football league is punishable by death at Barstool Sports, but I want to see if anyone else thinks this is a crazy way for my league to handle the Bills/Bengals game cancellation. Last week was our league's semi-finals (for some reason we do the championship on the last week of the season). Here's the situation: In one of the semi-final matchups, Team A was losing to Team B by 1 point. Team A had the Bills kicker playing, and Team B had nobody left. So when the game was cancelled, Team A had already taken the lead by a point (the Bills kicked 1 field goal). But since the game ended up being cancelled, our league decided that Team A & Team B would evenly split their profits from the championship game.

Shouldn't Team A be kind of upset with that? He was clearly going to win. I'm not sure if that's just an incredible act of sportsmanship, or if Team A is being taken for a ride. It's not an insanely big pot or anything, but first place does get $700. Maybe I'm wrong, but I was shocked Team A agreed to that.

I just watched that Kaleidoscope show on Netflix. I have a major beef with the plot. This isn't even really a spoiler, but just so I don't get typed at angrily, here's a disclaimer:

IF YOU DON'T WANT TO HEAR ANYTHING ABOUT THE SHOW KALEIDOSCOPE, PLEASE SKIP AHEAD 4 GIFS (8 BOOBS)

The big heist that the criminals are trying to pull off involves stealing $7 billion in bonds from some rich & powerful people. But you can't just cash other peoples bonds right? Am I supposed to believe that I could just steal a stack of someone else's bonds, then go convert them to cash? There is no way that's how bonds works. If it is, then that's a problem that needs to be addressed.

I watched the Longest Yard (Adam Sandler version) last night. I think the football game between the prisoners and the guards is the most well done football game in the history of cinema. To be fair, I had taken a good amount of shrooms, so my judgement may have been skewed. But I sure felt that way in the moment. After the Longest Yard I watched Shrek. I was very impressed with Shrek as well.

I've come to a pretty sad realization that the more I tweet, the more followers I lose. If I make like 2-3 tweets per day, I'll keep gaining followers. But if I start tweeting about the Colts game or something, they just disappear. That can't be a good sign for my future as a blogger. At least Boob GIFs will never go out of style. 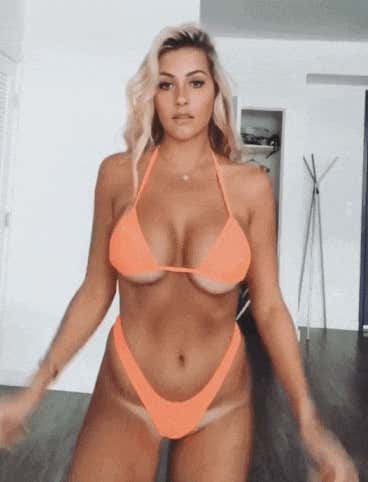