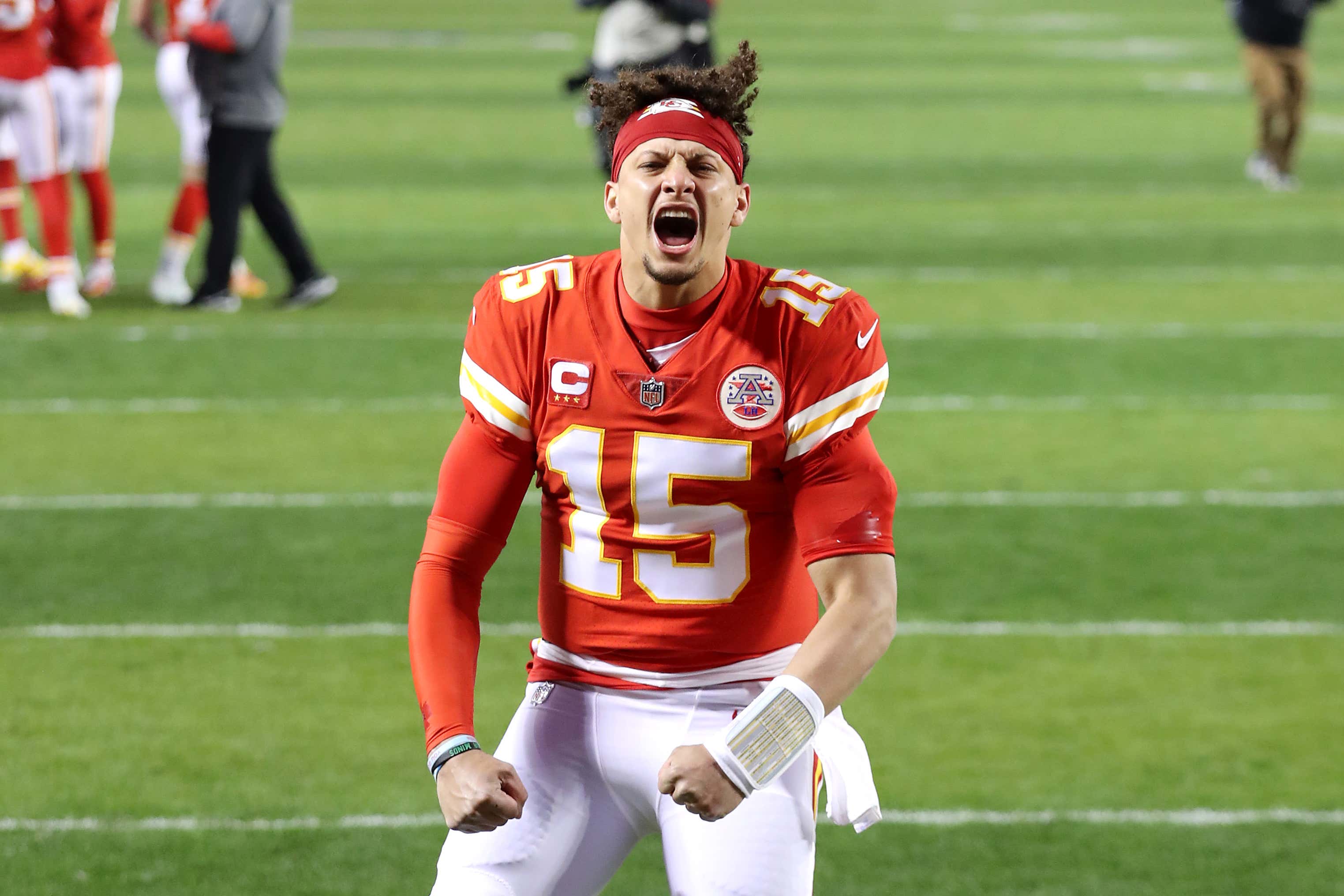 DO NOT BET against Patrick Mahomes EVER!

Mahomes needs a hefty 430 yards passing in Las Vegas today against the Raiders to break Peyton Manning's 2013 NFL Passing Record for most yards in a season.

While that seems like kind of a long shot, I BELIEVE he's going to break it.

The key to the record may actually lie on the other side of the ball with Raiders QB Jarrett Stidham. Why is that? Well, Mahomes and the Chiefs damn sure are going to score plenty of points but the Raiders MUST keep up with them some for the game to turn into the huge shoot out that is needed.

Along with many others, I had serious doubts about Stidham going into last week when Josh McDaniels benched Derek Carr for him. All Stidham did was light up the #1 Defense in the NFL (SF) for 365 yards and 3 TDs. He's going to need a similar effort today for the Raiders to have a shot to upset their AFC West rivals.

If Stidham has a good game, the Chiefs offense will go full throttle for four quarters. And Mahomes will have a chance at the record because the Raiders are not going to stop this fine tuned machine.

In the spirit of Mahomes chasing the record, I put out a Parlay Plus for the game today on the Barstool Sportsbook.

McKinnon has been unstoppable in the passing game the last few weeks. The Chiefs clearly saved him for late season and playoffs. And KC is playing for the #1 seed in AFC today so they will go all out.

I also really like Over 321.5 Mahomes Passing Yards today as a single bet.

I know it sounds crazy but Patrick Mahomes will hold the NFL passing record for a season after today. There will be an asterisk for the 17 game season for sure. But he does not make the rules!