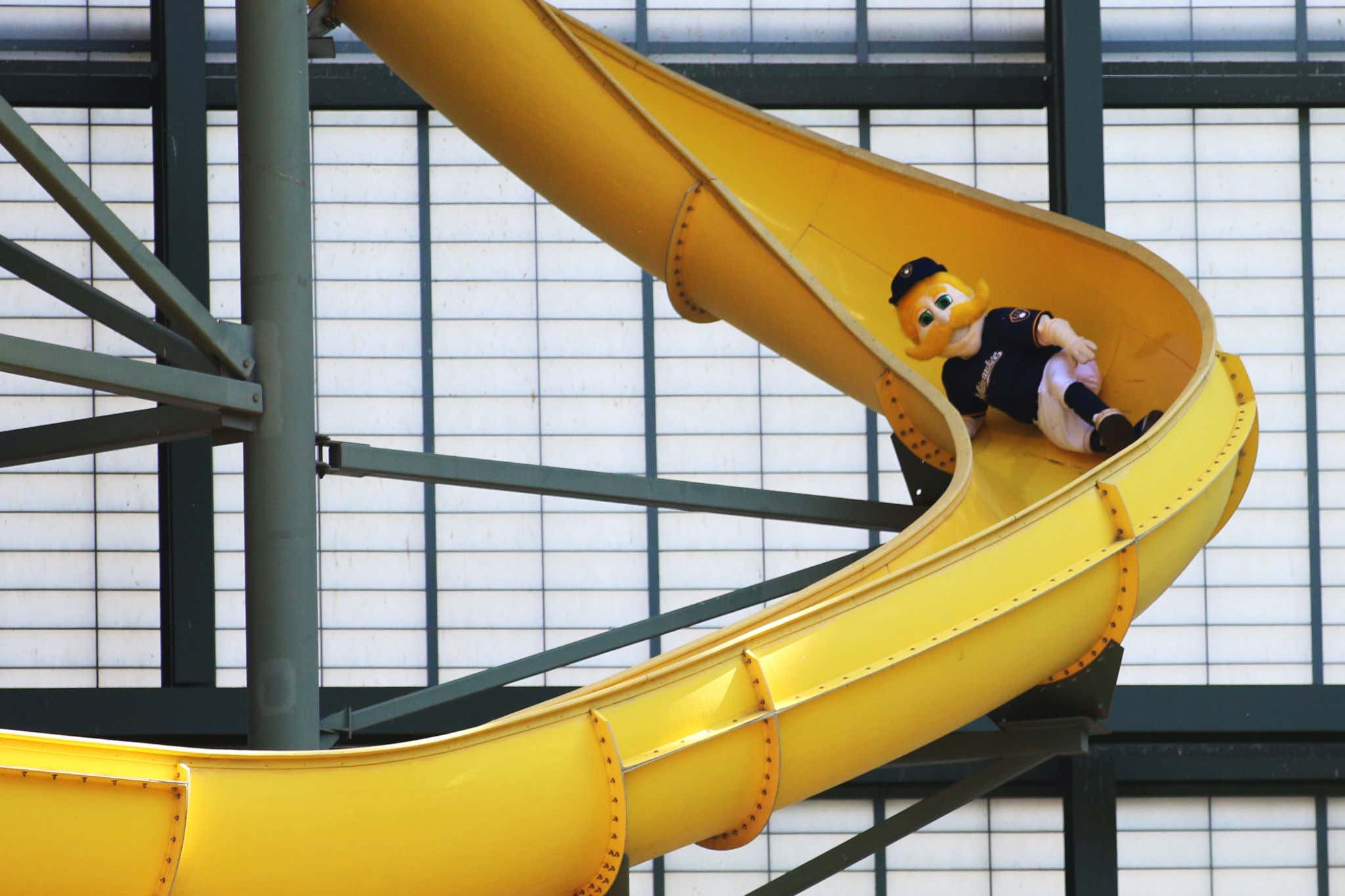 You'd be hard pressed to find a scarier common feeling than waking up after a blackout drunk ordeal only to realize what you did after you sober up. Maybe you mistakenly met up with an ex? What if lost your phone/wallet? It's possible you DM'd your boss "Jew" at 3am. Well, for this 25 year old Milwaukee man his drunken adventure found him breaking into the Brewers park just hours after he was there watching a doubleheader. Love it.

JS Online A 25-year-old Milwaukee man has been charged with felony burglary after admitting to stealing items from the Brewers clubhouse at American Family Field last year.

Bloedorn said he drank at least ten beers before leaving the stadium and passed out in some bushes outside of the stadium.

When he eventually woke up, "(Bloedorn) stated that he walked up to the door of the stadium and began pulling on it until it opened," the criminal complaint states. Bloedorn then found his way to the Brewers clubhouse and began taking items from the locker room, according to the complaint.

First thing we need to talk about is the Brewers' security. Remember that guy who walked right in during the pandemic and carved his name on the field? If not, here's a hilarious refresher video.

Yeah turns out the door is still unlocked a few years later. Might wanna get on top of that.

The other thing we need to discuss is this guy's haul, or lack there of.

A Brewers strength coach said that several items were taken from his office including a work backpack, laptop, 2 iPods, a Walkman, two pairs of headphones, a passport, two pairs of sunglasses, a credit card, and personal notebooks and calendars.

Two items were also removed from manager Craig Counsell's office, including a jersey and shaving kit. And a Brewers equipment manager said a game-used hat, an autographed baseball bat, a 45-year anniversary 1982 Brewers signed bat, a replica World Series ring, and keys to the Arizona spring training facility were all removed from his office.

I come away quite unimpressed. Ah yes nothing like a replica World Series ring that the Brewers have yet to win. A shaving kit? A passport? That's just a dickhead move. Calendars? CALENDARS??? I know the guy was drunk, but if we're gonna break into an MLB clubhouse we need to do better. I also need to know who is still using an iPod in the year 2023. Best things he stole were the notebooks, the keys to the Spring Training facility, and sunglasses. You might find some interesting secrets in a baseball player's notebook. Keys are self explanatory. Baseball sunglasses are just awesome and as a kid I always wished to have the sick expensive flip up ones.

Can we talk about this dude's roommate? What a rat!

Later that evening, the roommate began to receive text messages from Bloedorn showing photos from inside the stadium. Bloedorn then asked his roommate if he wanted anything from the stadium and if he could get a ride home. The roommate declined and told Bloedorn he was on his own.

While detectives were on scene investigating the burglary, a call came into dispatch from Bloedorn's roommate, who said Bloedorn had the items from the clubhouse.

This phone call must have been incredible. Asking your buddy if he wants anything from the stadium while he's there like he's making a run at McDonald's real quick.

Okay sure you don't want to be an accomplice and pick the guy up from the scene of the crime, I get that. But calling the police on him? Pretty fucked up! I'm not exactly sure how he could hand swindled returning the items without getting in trouble, but he's now facing up to 12.5 years in prison and a fine up to $25,000. Thanks for nothing roommate. I'd like to nominate this guy for worst friend of the year. Six days in, but I feel confident he hangs on for a while.

The most frustrating part of this story and the break-in back in 2020 is that neither person went down the slide. How do you trespass into American Family Field (formerly Miller Park) and not go down the goddamn slide? I'd give him the full 12.5 years for that alone.

Obligatory all-time video of the Dodgers reporter breaking all his bones to end the blog.