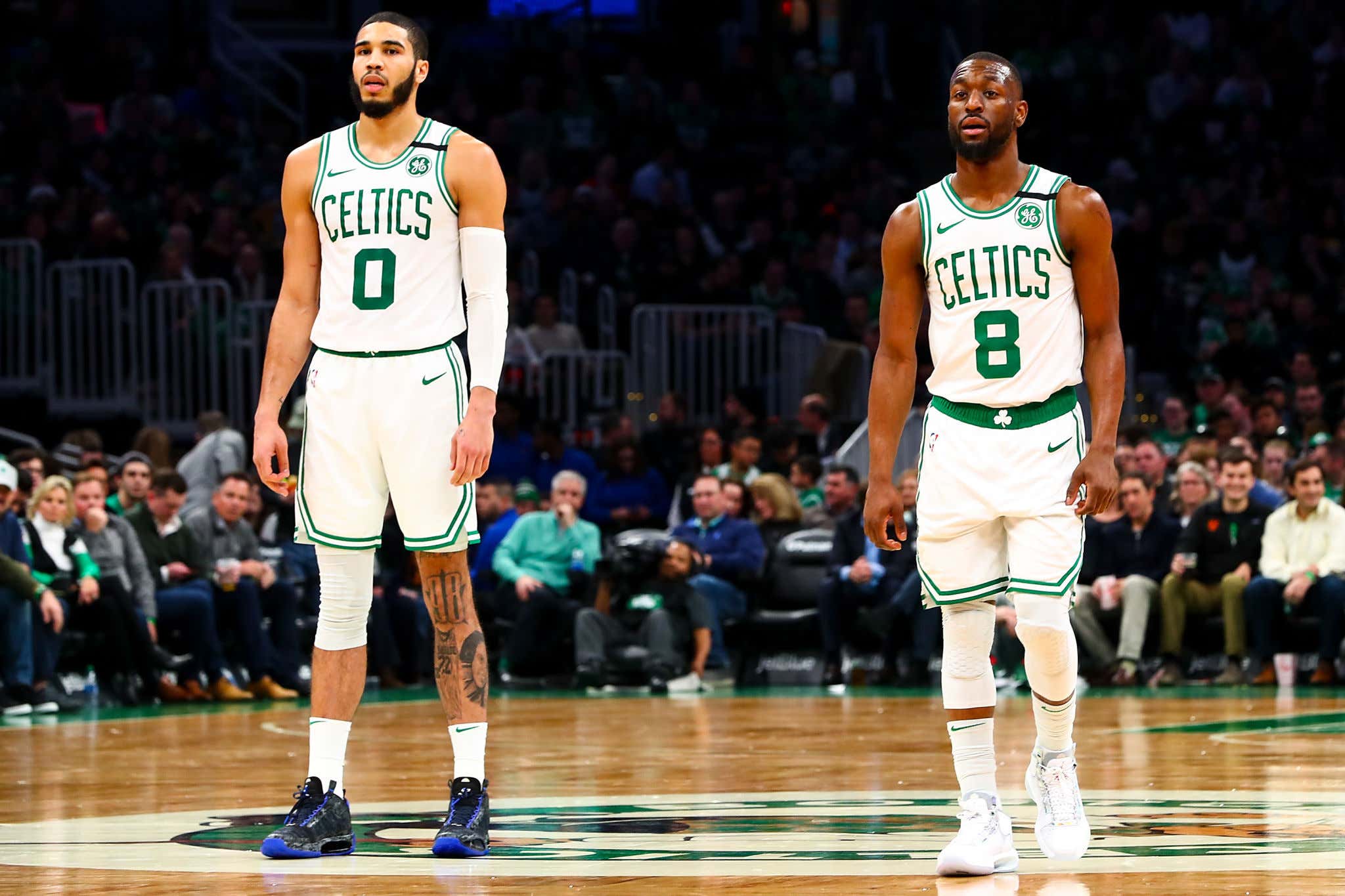 What did I tell you guys? Emoji SZN has arrived in the NBA! There's truly nothing like it.

Now, in regard to this specific tweet, it sucks that Kemba couldn't stick in Dallas, but I get it. Why pay his guaranteed money when you have young guys at his position that you want to give the minutes to. That's life in the NBA for an aging player/guard. The Celtics just did this exact same thing with Noah Vonleh yesterday since his guaranteed money date was coming up. If they aren't in your plans, you cut ties.

We all know how close Tatum and Kemba are. I'm also pretty sure a player like Jayson Tatum has some pull in terms of what goes on with his basketball team. Roster decisions, free agents, trades, my guess is that Brad and Mike Zarren certainly run things by Tatum. That doesn't mean they listen to everything he says, but his voice is for sure important. For him to come out publicly like this, what does he know? Is this happening? Is this just Tatum trying to speak it into existence? You NEVER see him to stuff like this when it comes to roster decisions which is why it caught me so off guard.

The next question is, should Brad even do this? The answer is……it depends. For example, I'm not really interested in having Kemba fill the open roster spot now left by Noah Vonleh. That needs to be a reserve big/wing in my opinion. But if Brad were to open up another spot, say Justin Jackson's? Well, then I could be open to this idea. As long as the role is very clearly defined and Kemba is cool with playing behind Payton Pritchard then I see no downside. Just a few weeks ago Kemba did do this on an NBA court

so there's certainly enough left in the tank for a 15th roster spot. Bring in another vet leader and strong locker room guy can only help, again as long as everyone understands that Kemba will most likely never play. Bring him in for the vibes and the leadership. Have him work with JD as he develops in Maine. Shit like that. What I don't think we need is to see opposing teams target Kemba defensively. We know that shit doesn't work.

The other scenario of course is that Brad has a trade lined up that he has to include Payton Pritchard in. Maybe something for a player that fits into one of their two TPEs, and Brad is giving Payton as opposed to a 1st round pick or something. In that sense you're swapping one undersized guard for another, neither of which is really playing at the moment.

There's also the strong possibility that nothing is in the works and Tatum is just showing love to his guy. That's probably the most logical explanation of what we're seeing here. Remember, once Brad became the boss he couldn't trade Kemba fast enough. He has a type when it comes to the point guard position, and Kemba doesn't really fit it.