Just had a vintage Brad Marchand moment(s) in the 2nd period. Marchand got tripped by Kempe and got a reputation non-call and he was PIIIIISSSED, and rightfully so. Gave the refs an earful, told them to fuck off and served his two minute unsportsmanlike conduct penalty (while turning off the camera in the box).

A couple shifts later he assisted on David Pastrnak's game-tying goal (probably shouldn't leave 88 wide open) and then added a goal of his own on at an absurd angle.

The smirk on the bench after scoring is so perfectly Marchand. If you watch the goal video you can see him saying "I'm okay I'm okay I'm okay" after the goal, PROBABLY telling Bergeron he's fine and he's gonna cool down. 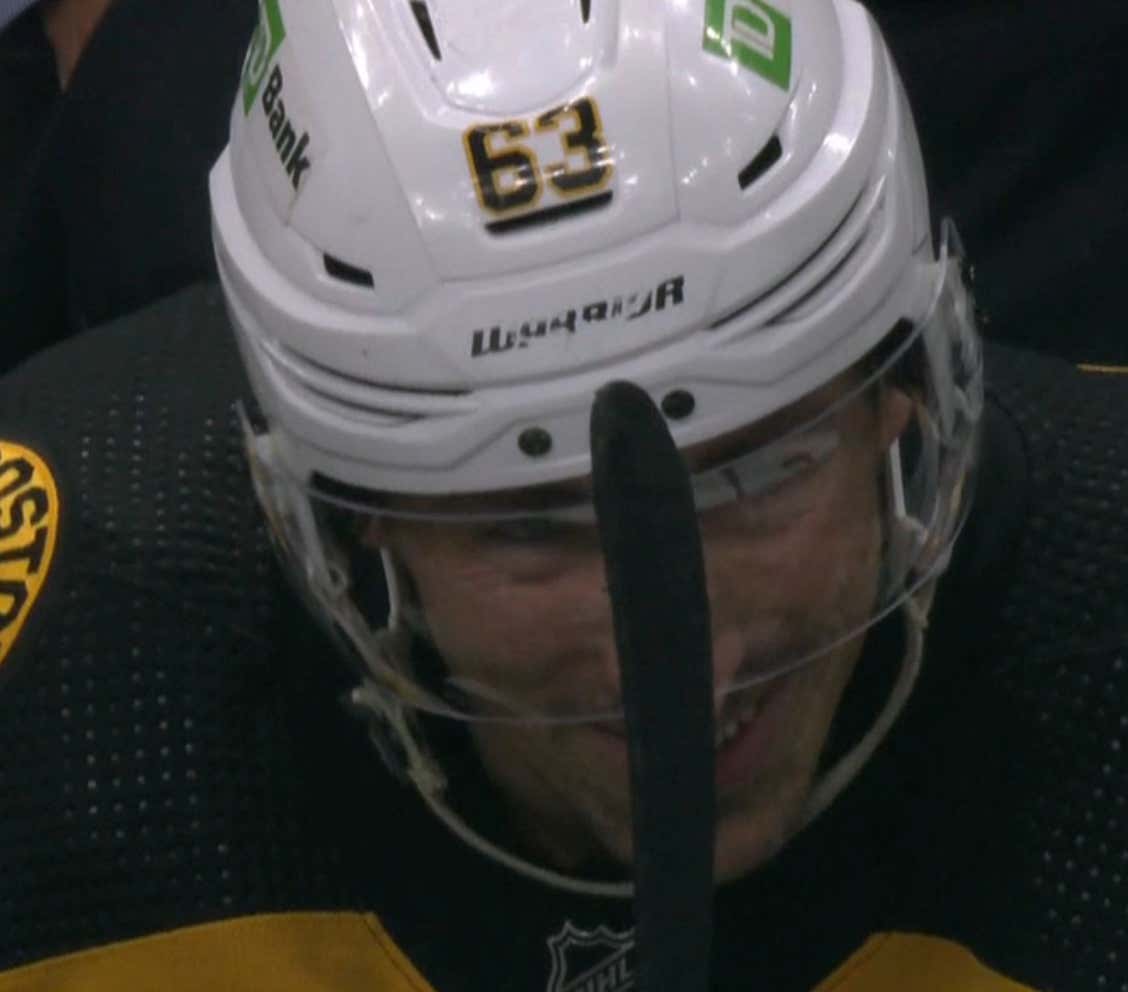 Will most likely be lighter in the wallet after an "abuse of an official" fine but who cares. Marchand forever.