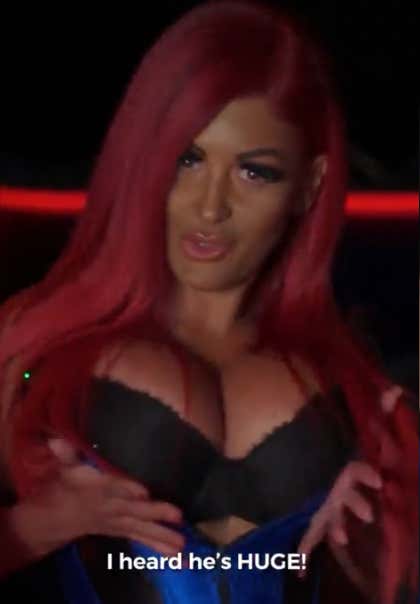 Plus, what she heard is right. Mech "The Bot" Johnson is, indeed, huge:

“It only makes sense that the world’s largest gentlemen’s club would have the world’s largest security guard,” said Peter Feinstein, Managing Partner of Sapphire Las Vegas. “The fully human piloted mech suit has traveled all the way from Vancouver and is excited to make its Vegas debut at Sapphire during CES 2023.”

Right away my mind zoomed to Glenny Balls, who I believe will be in Las Vegas this weekend for the AVN Adult Entertainment Expo. In my dream world he ends up storming the Strip in this monster. (If anyone from either Sapphire or Exosapien Tech sees this blog, please for the love of God reach out to him & make it a reality.)

Anywho, watch YouTuber Eric Decker destroy a car with it, and then decide for yourself if you'd try acting up in Sapphire on Friday night:

PS. #NoFreeAds but if you have a bachelor/bachelorette party coming up and gentlemen's clubs aren't your thing but you still love Mech 'The Bot' Johnson, you can bring the whole crew to Exosapien Technologies HQ & learn how to pilot him. 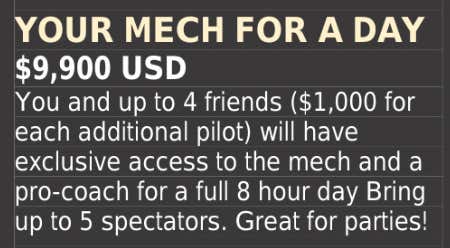