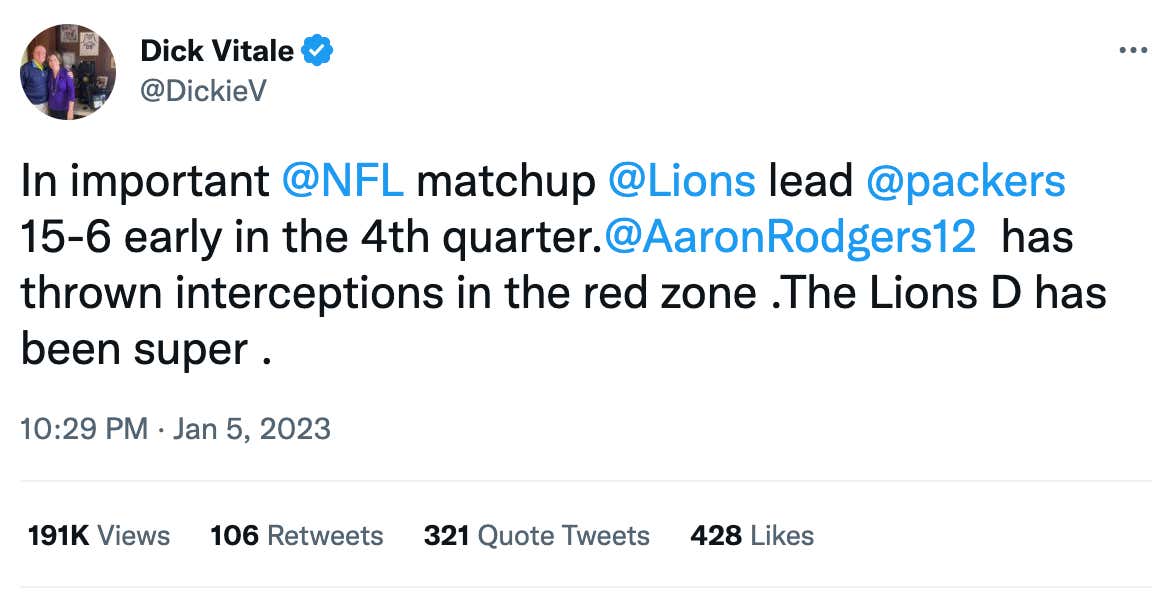 Sad! I want an investigation into the NFL here. You can't trick our beloved Dickie V into thinking a Thursday night replay on NFL Network is a week 18 game. He's got college basketball to worry about and now you're going to spring on him a replay when there's no TNF game for the first time all year. Mean! Very mean!

That said, I love how blissfully unaware Dickie is. Man just wants to fire off updates and some takes on sports. It reminds me of my grandfather who would fall asleep at night watching a Mets game only to finish it the next morning/afternoon and get mad at the result. Could have avoided it entirely by just seeing the score and refused. Now Dickie V has to deal with Aaron Rodgers and the Lions on Sunday night.

This can't be allowed. No replays of games on Thursday nights the one week there isn't a game. You're going to trick people like this. I also need to know how long it takes Dickie V to realize this isn't a week 18 game. He's not checking his Twitter replies. He's invested in seeing a close game here. He's got the playoffs to worry about. He tweeted this out in the 4th quarter. He went nearly the full game without knowing. I can't wait to see his surprise when they play again on Sunday.

Phew, he realized it after the game ended. Great recovery.