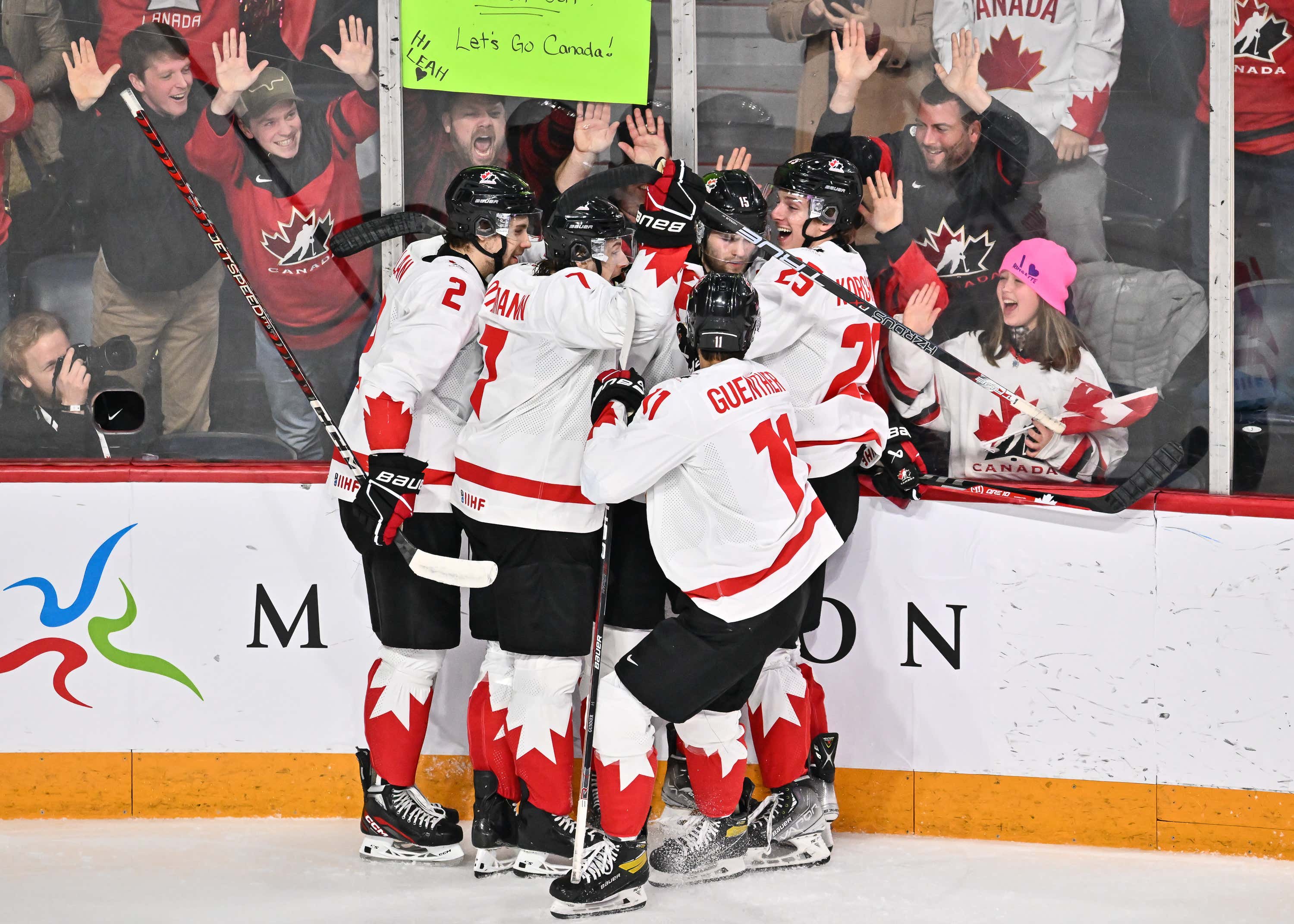 Truth be told, it would be hard to blame you if you forgot how the 2022 World Juniors tournament ended in the summer. But just as a refresher, Canada and Finland went to overtime after being tied 2-2 at the end of regulation. Mason McTavish made a miraculous block on the puck right on his own goal line, and a few moments later the puck made its way down the ice to Kent Johnson's stick and the rest was history. Canada was your 2022 World Juniors champs.

This year's tournament came down to Canada and the Czechs for gold. For most of the game it looked like Canada was just going to have their way with the Czechs all night. They had a 2-0 period heading into the 3rd period, but that's when the Hockey Gods stepped in. They said to hell with a boring final to an incredible tournament, and the Czechs got on the board twice in the span of minutes to tie that bitch up. After a wild final minute of regulation, the final game of the World Juniors was once again heading to overtime. Over the summer it was the 5th overall pick in the 2021 NHL Draft scoring the golden goal for Canada. This time around it was the 9th overall pick, Dylan Guenther (ARI '21).

I mean holy shit, let's talk about that pass from Joshua Roy (MTL '21) real quick. Canada is loaded with elite NHL prospects all over their roster. They have top 10 picks everywhere you look. Connor Bedard is about to be a unanimous 1st overall selection in the 2023 Draft. But Joshua Roy is a 5th round pick. 149 players were selected before him in 2021. And this kid has had an unreal past 48 hours. He was noticeably the best player on the ice during the semifinals last night against USA. And then the patience and perfection of that pass was silly.

As far as Dylan Guenther is concerned, that'll be one of the biggest but also one of the easiest goals in his career. Just had to keep his stick on the ice and Roy was going to do the rest. But still an incredible moment for the baby Coyote. Pretty sick tournament if you're an Arizona fan between Dylan Guenther scoring the golden goal, Logan Cooley having a huge tournament for Team USA, and the fact that the Coyotes are going to be in the mix for the Bedard Sweepstakes all year long.

Speaking of Bedard, he didn't end up scoring a goal or even registering a point in this final game. But my god what a tournament. A once in a lifetime performance. The greatest individual tournament in Hockey Canada history, and he caps it off with a gold medal. He has 2 World Juniors golds, all the Canadian records, and he's still just 17-years-old. Think he gives a shit about any of the individual accolades? Not a chance. Bedard strictly cares about the boys.

God I love this kid.

Also it wouldn't be fair to end this blog without mentioning Shane Wright real quick. What a year it has been for Shane Wright, for better or for worse. From dropping from the 1st overall to the 4th overall pick in the 2022 NHL Draft. To struggling to find a way to keep a role on the Seattle Kraken's roster early on in the season. For most hockey players in the world, getting drafted 4th overall and not making an NHL roster at the age of 18 wouldn't be considered adversity. But for a talent like Shane Wright, it has probably been some of the biggest adversity he's faced in his career.

But tonight, on his 19th birthday, he finally had the biggest moment of his year. A highlight reel goal while leading Canada to a World Juniors gold medal with the 'C' on his chest. A moment I'm sure he'll remember forever.

That goal was NASTY. Just straight up filth. The kind of goal that could maybe get him back in his groove and ready to breakout in the 2nd half of the NHL season with a World Juniors gold under his belt.

Just a great ending to a great tournament. I'll be honest--my expectations weren't really high heading into this year's WJC. It just didn't seem to have the same juice as years in the past. Whether it's because last year's tournament was so bizarre, some lingering Hockey Canada controversies, the fact that Russia wasn't competing in the tournament. I don't know what it was, but holy shit did this tournament exceed all expectations. The Slovakians taking Canada to overtime in the quarterfinals. The Czechs beating Canada in the group stage and advancing to the gold medal game for the first time since 2001. Getting their first medal at the WJC in 17 years. There were upsets. There were nasty goals. There was Connor Bedard putting on one of the best performances we've ever seen on this stage. And the final game came down to overtime. This tournament rules so hard. Thanks to everybody who followed along for the ride.