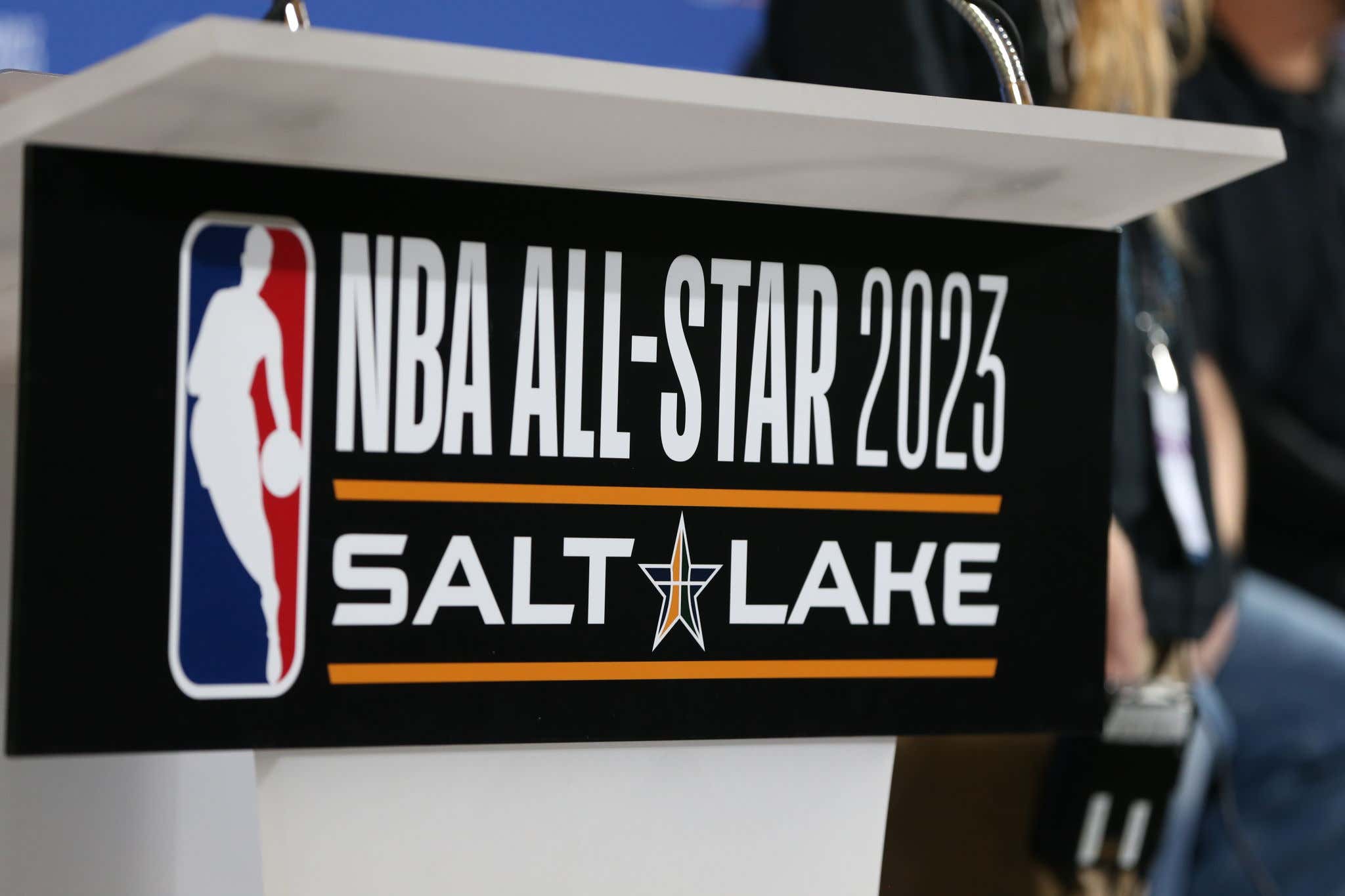 I don't know about anyone else, but I feel like this NBA season is flying by. We're about a week away from being at the midway point which seems crazy. I could have sworn the season just started, but with about 6 weeks to go until the All Star Break, we officially have our initial results of the fan voting.

As you can imagine, for the millionth season in a row we learned that fans are morons and that frankly they shouldn't even be allowed to vote on stuff like this. Let's have a look 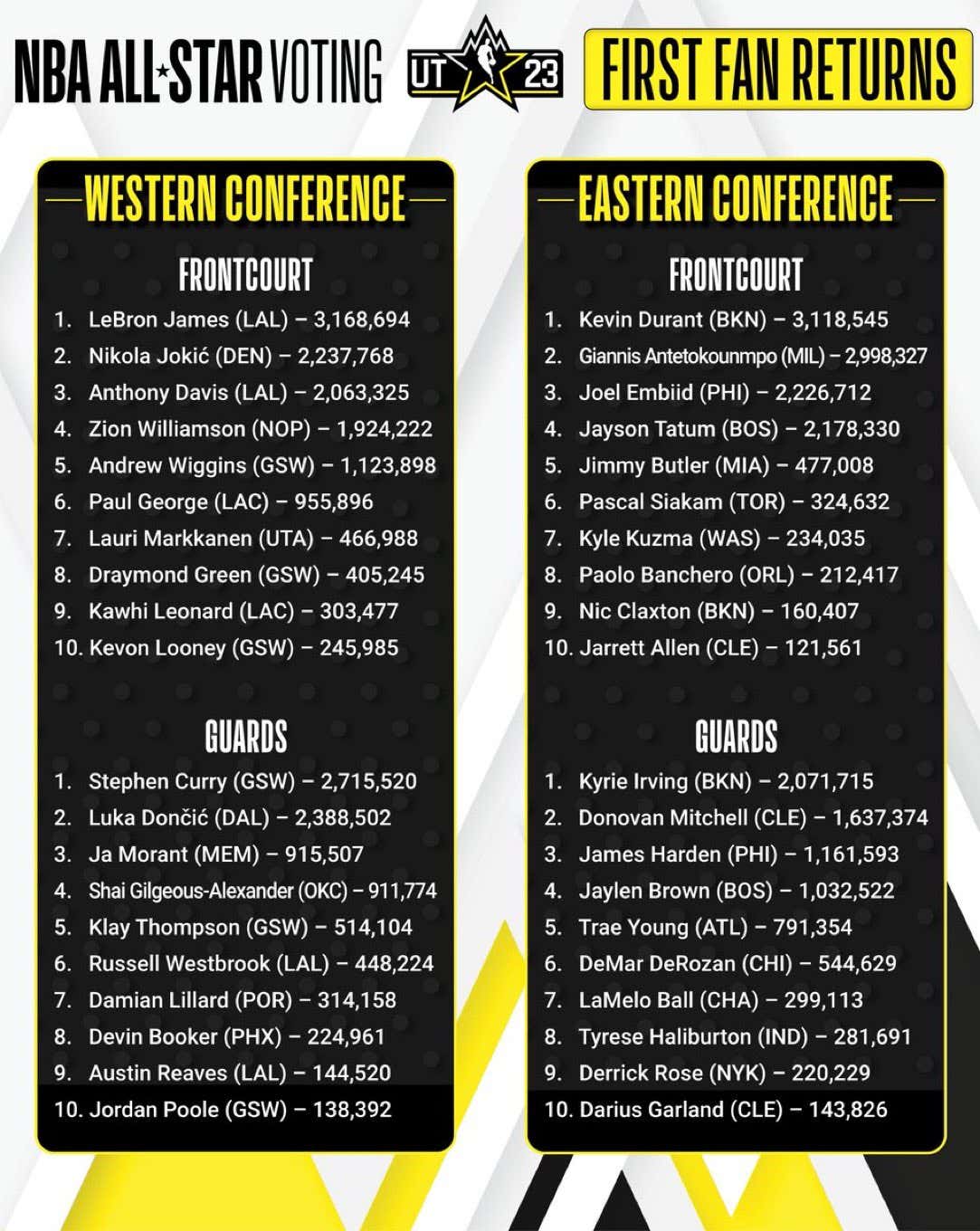 I don't think there should really be any complaints about the top 4 for each conference and each position. I know Steph and AD got hurt, but they were playing at near MVP levels before their injuries so that didn't bother me as much. As we know, this is all a popularity contest and all the names you see at the top of these lists are pretty damn popular.

It is pretty cool that SGA is finally getting that recognition because his season has been outstanding, but once you get past 4, things start to go off the rails.

For example, on no planet should there be SIX Warriors on this list. The Warriors stink. We're really doing this Andrew Wiggins thing again? I feel confident in saying that someone like Lauri Markkanen has been WAY better than anyone ahead of him. Then you have the Lakers and their fans. Again I ask on what planet are Russell Westbrook and Austin Reaves playing at an All Star level? Man are these two fanbases are just the worst. Massive bandwagon fans ruin this whole exercise and we go through this every year.

In the East, I'm sorry but Tyrese Haliburton has probably been the 2nd or 3rd best point guard in the entire conference, but just because people don't watch the Pacers he finds himself behind guys like Harden/Trae/LaMelo. I'm pretty sure LaMelo has played like 15 games this season. Derrick Rose isn't even in the rotation for the Knicks! I was a little surprised to see Mitchell get so much love and then Garland be so far down when his season has been awesome as well, so were Cavs fans not voting for Garland or something? That difference is massive between the two teammates.

Obviously, there are some interesting names that aren't even on the list at all. Where's Bam? Heat fans showed up for Jimmy but not Bam? Bam is a top 2-3 center in the East without question. He's certainly better than Nic Claxton and I'm also pretty sure the Nets have like 10 fans so what gives? Personally, I would have Pascal over Jimmy, but I guess Raptors fans who spend a lot of time complaining about how they get no respect were too busy doing that to vote for him.

In what might be the biggest tragedy of all, there are zero Kings. ZERO. There's internet in Sacramento right? I figured one of Sabonis or Fox would have made it not just because they've been awesome, but also given that this is the best Kings start in almost 2 decades, I thought their fans would come out in waves to support their guys.

As a reminder, fan voting counts for 50% of a player's final weighted score, and every year when we see these initial lists I can't help but think that's a terrible idea. If you want them involved to some degree fine, but make the percentage lower. Fans don't take it seriously in terms of rewarding guys who actually deserve it. It's just spamming your favorite team which shouldn't be what the All Star Game is about. There could be an underserving player that gets the fan vote into being a starter, which then in turn takes a reserve spot away from someone who may deserve it just because the deserved starter didn't get enough fan votes. Then you have a guy who maybe earned a reserve spot gets left off completely. That's messed up. I'd also like to see the league make the same change with the All Star rosters that they should make All NBA roster. Get rid of "positions". Just give us the best players.