In light of the tragic passing of Dave & Buster's co-founder (Buster), I'm sure most of you will be paying tribute by blacking out at your local D&B's this week. Blacking out at Dave & Busters is always appropriate, but it's important to do so responsibly. Here's a Do's & Don'ts list for you to reference while you Eat, Drink, Play, Watch.

As always, the worst part of this blog is how the word don'ts is spelled. Two letters after the apostrophe is a disaster.

Do: Have Your Wife Drive
Drunk driving is the worst thing a person can do. You're going to be a train wreck when you leave Dave & Busters. Don't kid yourself by saying "I'm just going to have a couple drinks. I'll be fine to drive myself home". You're not going to have just a couple drinks. Not at Busters. Not under the bright lights of an arcade pumped full of oxygen. You're going to put down a half dozen Crown Apple Smash's before you've even made a dent in your Power Points.

Don't: Let Your Wife or Children Into Dave & Busters With You
They're going to try to turn Dave & Busters into a family thing, but do not let that happen. Tell them to spend the afternoon at the zoo. There will still be plenty of animals outside. Even in the winter. The giraffes actually like the cold. Dave & Busters is a place for adult men to belligerently play arcade games in the early afternoon. If there are any women or children there, it's going to ruin the vibe.

Say you fist fight a man who talks in your backswing while playing Skee-Ball. That's perfectly fine. Worst case scenario, you'll catch an assault charge that any decent lawyer will be able to plea down to disorderly conduct. You won't lose your job or anything crazy like that (unless you're a school teacher). But if you assault a woman or child, your life might as well be over.

How would you feel if your wife or children pushed a man over the edge and ruined his life?

Do: Put at least $200 on a Dave & Busters Power Card
Anything less is a waste of time. If you're making a trip to Busters, you're going to wanna be there for a full afternoon. Plus, you don't want to look like a degenerate going back up to the counter to reload on points after 30 minutes of gameplay.

Don't: Start Drinking On An Empty Stomach
This is good advice no matter where you are, but it's even more crucial at Dave & Busters. Start with an appetizer of Cantina Nachos and a Giant Bavarian Pretzel. From there, you can't go wrong with any of the entrees. Personally, I prefer something I have to eat with my hands. A little bit of grease in your palms interacts well with a joystick.

Do: Learn Your Waitresses Name
Waitresses love it when you frequently call them by their first name. If you can somehow shorten it into a cute nickname that's even better.

Don't: Make a Sexually Aggressive Comment to Your Waitress
I don't care if Isabella (Izzy) put her hand on your shoulder when she set down the nachos. It's not appropriate. I shouldn't even have to say this.

Do: Spend a Large Portion of Your Time and Money on Pop The Lock
It's the best return on investment in the whole arcade. It's not overly difficult to beat the game, and every time you do you are rewarded with 500 points (location pending). Even if you don't win, as long as your hand-eye skills are in order, you'll get a decent haul every time you play.

Don't: Berate The Manager When He Asks You to Watch Your Language
He hates his job enough already. Dave & Busters is a magical place to be a customer, but a dystopian nightmare for their employees. He's not actually going to kick you out for motherfucking the Whack-a-Mole's. Do you think managing a Dave & Busters is how he envisioned life in his late 30's? Don't shout obscenities at him. Don't take a piss on his shoes. Don't comment on his cleft lip. Just say, "Sorry boss!", and continue behaving the exact same way you were before he said anything. Nothing is going to happen to you.

Do: Show Your "Friend of Police" Card to The Cops if They Arrive
If you can't help yourself from giving the manager an atomic wedgie and hanging him by his underwear from the top of the gigantic Connect Four game, then be ready for the police to show up. Luckily you have one of those "Friends of Police" cards that allow you to get away with committing crimes. 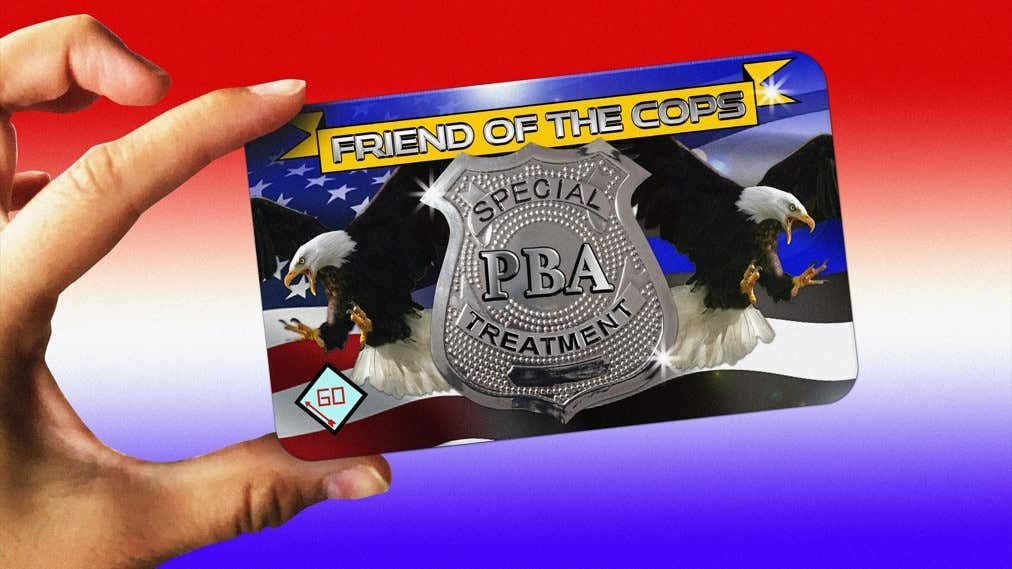 Don't: Forget To Shake Your Waitresses Hand Before You Leave
Just like you would at any restaurant, let your waitress know how much you appreciated her service with a firm handshake. Your Dave & Busters experience would not have been the same without Izzy's exceptional service. One or two pumps max on the handshake. Definitely DO NOT try to give her a hug. Even if you mean well by it, it's not going to come across the way you think.

Do: Exchange Your Points For Prizes
You can't go wrong with candy. Candy is high volume so you leave feeling like you've won a lot. It's guaranteed to be enjoyed at some point. Personally, I like to go with Dave & Busters branded prizes. They're generally cheaper because Dave & Busters wants you to have their merchandise lying around the house. One Dave & Busters Kickball for you is a lifetime of advertising for them. And you can never have enough coffee mugs, pint glasses, plastic cups, t-shirts, sweatshirts, hats, socks, electric guitars, acoustic guitars, etc. 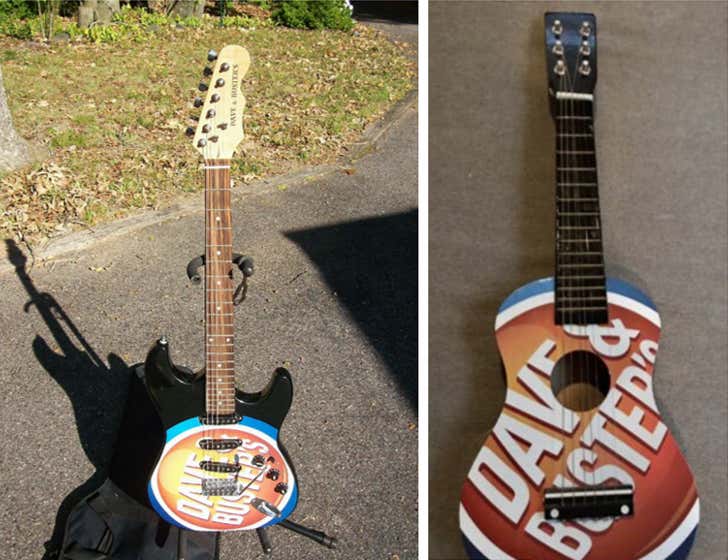 Don't: Save Up Your Winnings to Buy a Gaming Council
Tomorrow isn't guaranteed. You can't take your Power Points with you when you die. Plus, you want the instant satisfaction of leaving Busters with a prize every time you go.

Do: Call an Uber to Take You Home
Don't make your wife come pick you up. She's already upset that you wouldn't allow her and your daughter to join you in the arcade. Turns out you were wrong about the giraffes. They were definitely not outside. They enjoyed the aquarium for about an hour, but aside from that there wasn't much to see in early January. They're not going to be happy when you get home. The least you can do is find your own ride. Happy wife, happy life.

Don't: Throw Away Your Dave & Buster's Power Card When You Leave
There's a $3 activation fee every time you need a new card. You'll be back soon. Plus if you pull out a Dave & Busters card at a drugs party it gets a good laugh. It could end up being the catalyst for the next boys trip to D & B's 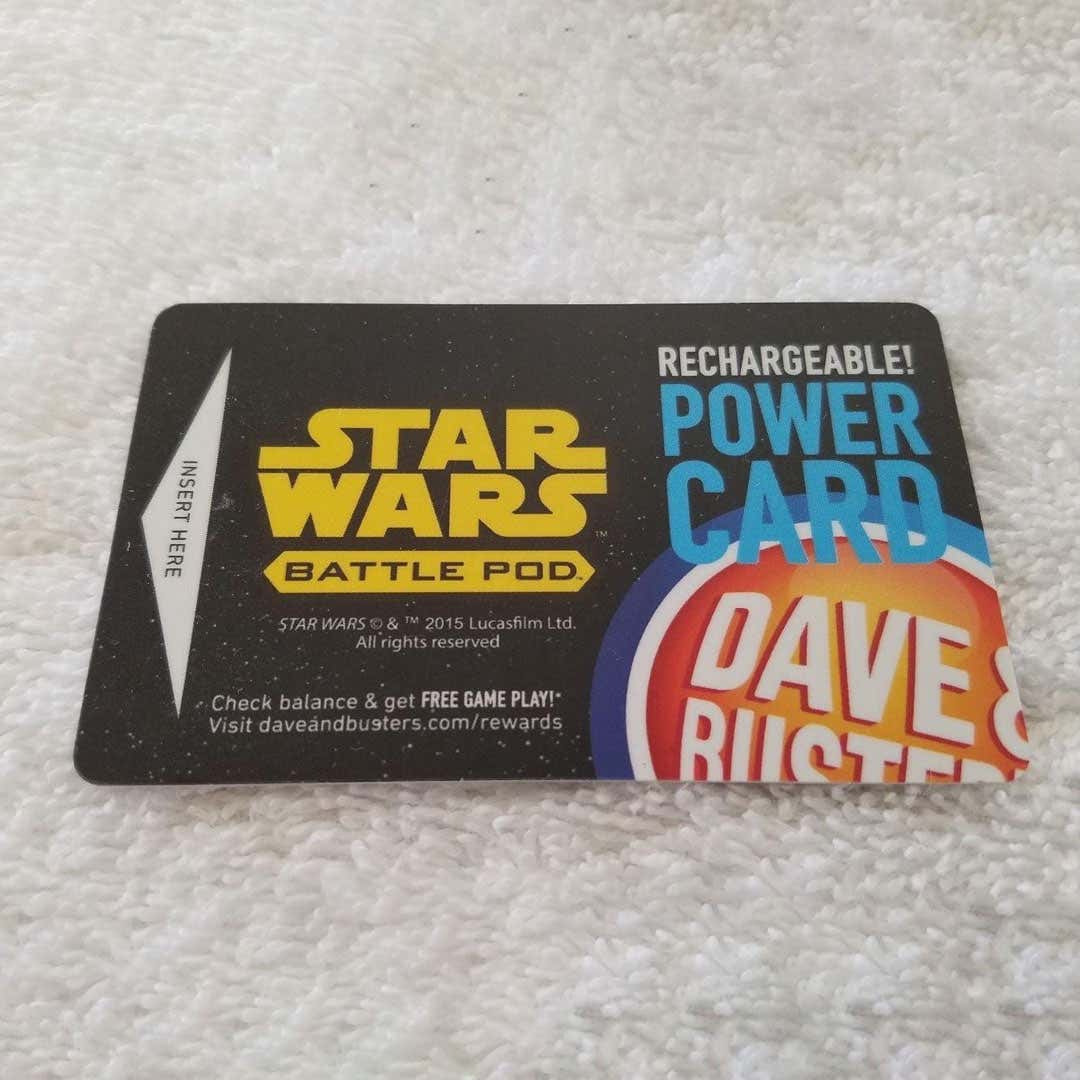