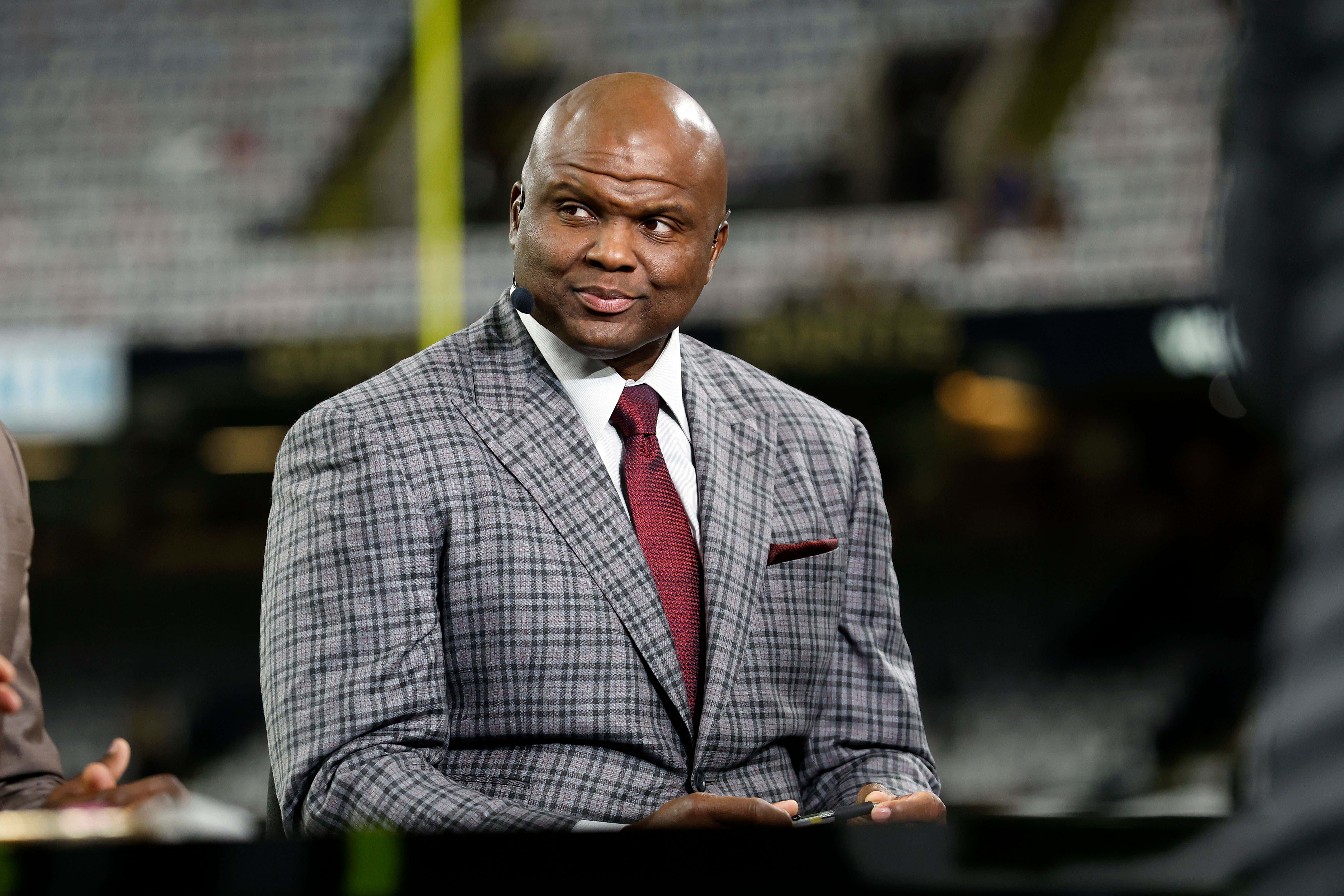 On today's Pardon My Take… BOOGER MCFARLAND! The longtime recurring guest of the show joined Mr. Cat and Mr. Commenter to preview every game in Super Wild Card Weekend, banging waters, the Damar Hamlin situation, and much more.

In case you missed it, Booger was one of the ESPN members who had to fill some time on the air when the Bills-Bengals game was postponed last week. Him and his colleagues handled the situation with class and professionalism from start to finish, but what was his perspective when the unfortunate event went down? We got our answer on today's show…

Mr. Cat: I wanted to at least mention, because we haven't talked to you in maybe a month or so… Everyone was talking about Damar Hamlin, you being on the desk with Suzy Kolber and Adam Schefter, praising you and how you handled it. I thought you handled it terrible, I thought you were awful that night. So no, but seriously, you were… it was crazy to watch it, and obviously, we know you personally and see what you were going through, so I just, we haven't talked since then, so I wanted to say, you know, you navigated us through a very bad time. Have you… were a lot of people reaching out after that, I assume?

Booger McFarland: Yeah, a lot of people reached out, man. It's kind of weird, you know, I didn't expect praise and adoration for just being a human and trying to show empathy and tell how I feel. I think people ask me, "How did you get through that?" Like, if you look at some of the instances that I've been in while I've been on air… I was actually on air during the Pro Bowl when Kobe, you know, the Kobe helicopter crash got announced. I was on the air with Mike Greenberg on Mike & Mike when Aaron Hernandez hung himself that morning.

Booger McFarland: So, I've been on the air in a couple of really bad situations where I've had to react, and often times for me, man, what's worked best is just A) don't speculate, B) be honest, and just try to show a little bit of human empathy toward whatever situation it is, man. So, it feels kind of weird when people say, "Hey man, great job," because I feel like, we all have the capability of just being a human. Like, show some decency, show some respect. You know, try not to be a butthole in that situation, which is what I tried to do.

Mr. Commenter: I think that's just good advice in general, is "try not to be a butthole." And you were very good on TV that night by showing basic human empathy. There was a tweet that was going around, I'm not sure if you saw it, but it made me laugh at the time, it was from a guy named Thornton Mellon, and he was watching the studio show, and the tweet was…

Mr. Cat: It's perfect, it's perfect. But yeah, you were great that night. I know what you're saying, you were just being yourself, but I at least needed to say it.

Booger McFarland: a true professional. This was an unprecedented situation that took place live on the air, and Booger & company handled it flawlessly. Be sure to tune into ESPN's broadcast on Monday Night Football featuring the Cowboys and Buccaneers.