Back in the early 2000s, when Mac Jones was killing it in Modelling Camp, two paths emerged before him. Even at his very young age, he had a choice to make. Continue to perfect the Blue Steel he demonstrates in that second photo above, start a successful career of being professionally good looking, and perhaps some day open the Mac Jones Center For Kids Who Can't Read Good And Wanna Learn To Do Other Stuff Good Too. Or become a football player.

He chose the latter. A wise decision, given all he's accomplished by the age of 24. A scholarship to the finest football program in the land. Capturing a national championship. Graduating with his Master's Degree. Getting drafted in the 1st round. Becoming the best rookie quarterback in his celebrated class. Leading his team to the playoffs. Playing in the Pro Bowl.

Despite his potential as a fashion icon, anyone would be hard pressed at this point to argue he didn't make the right choice.

And yet, if you told that photogenic little toe-head in the preposterously short clip-on tie and tennis sweater:

... that one of his career options would make him one of the most scorned and denounced men in America in 2023, I'll bet you anything he'd assume he chose modeling instead of football. And yet here we are.

Hating on Jones is fast becoming our nation's current thing. Whether it's Boston talk radio nitwits accusing him of being soft after the reaction to his high ankle sprain: 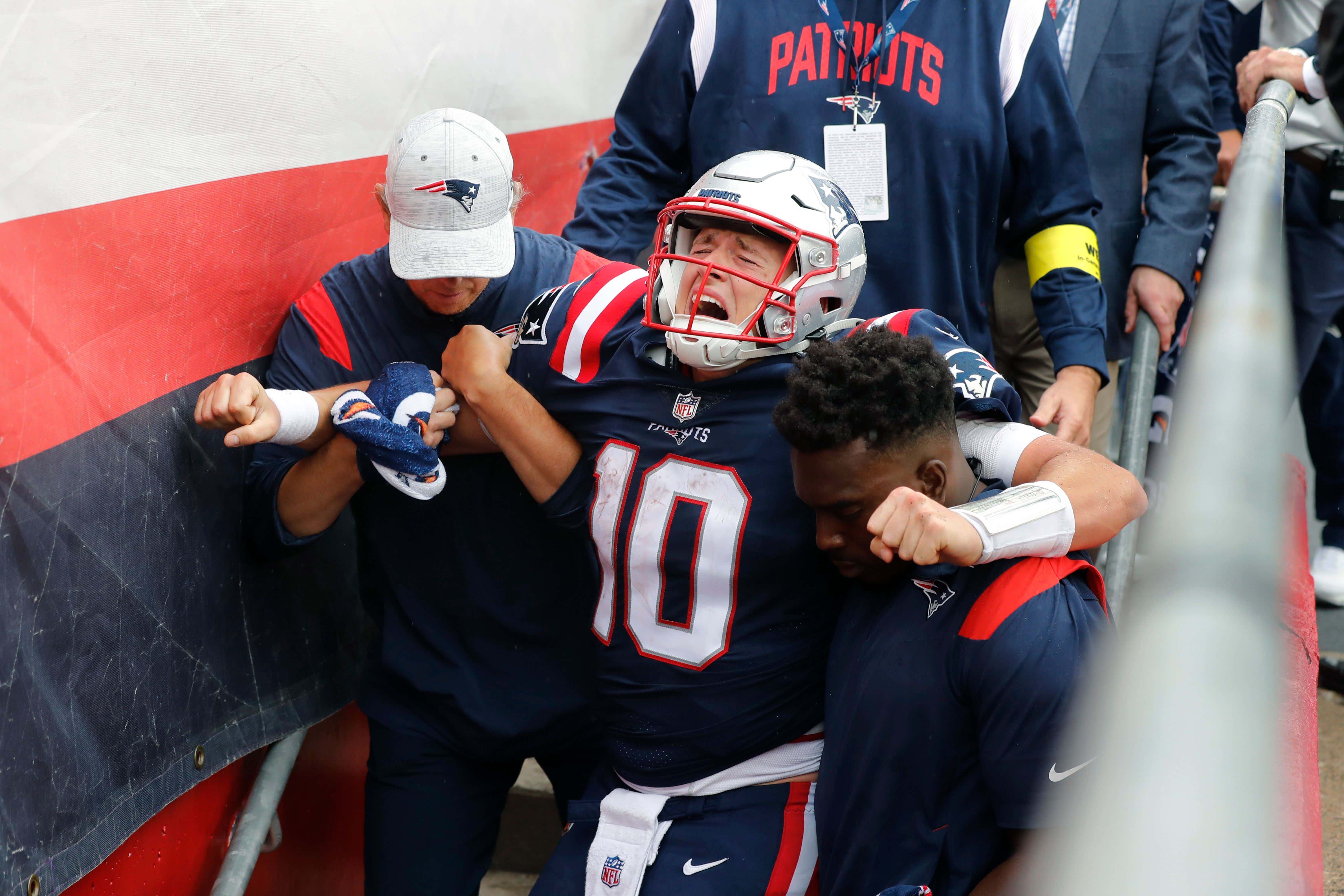 Or the country dragging him for his body language:

Or for his "dirty" playing style:

I get the sense that within a few days, this trend will continue to the point people start taking the Ukrainian flag out of their social media profiles and replacing it with some anti-Mac emoji.

And this week, the hate has picked up momentum:

Jones has come under considerable scrutiny for his poor body language amid the ups and downs of the Patriots’ 8-8 season, with Boomer Esiason characterizing the behavior as “douchiness” earlier this week.

Crowder was appearing on “The Herd” on FS1 and was asked by Colin Cowherd about his evaluations of the crop of young NFL quarterbacks. The former Dolphins linebacker … then took aim at Jones.

“I heard you talking earlier [in the show] about the Mac Jones body language,” Crowder said. “It’s called affluenza. [If] you’ve been given too much, you have too much money, you’re a little different. I was around a bunch of rich dudes growing up and I played with rich guys. They just have this little demeanor and you know it gets to you. You brought up Jay Cutler. I would bring up Josh Allen in this conversation. Kyler Murray was a trust fund baby.”

The “affluenza” phrase entered the lexicon after the attorney representing Ethan Crouch, who killed four people in a drunk driving accident as a teen in Texas in 2013, submitted as a defense that a wealthy upbringing was responsible for his behavior.

So this is where we're at now? I'm all about comparing Jones to other NFL quarterbacks, rich or poor. And while Crowder wasn't even indirectly making this comparison, I'll die on the hill of not letting him be mentioned in the same breath as some silver spooned piece of shit who got hammered and took four lives in a car that cost more than my house.

But as far as Esiason and Crowder and everyone else teabagging him this way? Calling him all sorts of disparaging names, I am of two thoughts.

First, bring it on. Bring it right the fuck on. Do your absolute worst. America hating the Patriots quarterback is hardly something we're not used to. As a matter of fact, we're excellent at it. And of hating everybody right back. What, does anyone think this is anything new? Even the classism of it? Not by a damned sight.

For two decades we had to listen the world argue that Tom Brady was a pampered, spoiled little pretty boy. How all he ever did was throw bitchy little temper tantrums when things didn't go his way. That is, when he wasn't busy putting his spikes up into Ed Reed's groin. They talked like he had life handed to him on a gold platter because he was raised by a nice family outside of San Francisco. The whole while, Peyton Manning was America's Sweetheart. He could do no wrong, despite the fact he was To the Manor Born, with a famous NFL father, a full ride as a 5-year starter at Tennessee and the top selection in the draft. Even as he baited the officials like no one else, made pissy faces at his teammates, got coaches fired, and was linked to a PED factory in an investigation that got broomed. So if you want to hate on Brady's replacement the same way you did him? I'm here for it. Believe me, I'm all into being here for it.

Second, if Jones wants to put an end to the hatred, all he has to do is be excellent at his job. Granted it took 20 years and a change of franchises for Brady to be popular. But eventually the winning wore everyone down and he became universally revered.

But if I'm advising Jones - and while he didn't ask, that's precisely what I'm prepared to do - I'm going to suggest he just embrace it. Go full WWE heel. Enjoy a long and fruitful career of walking into packed stadia to choruses of boos, and weekdays of ex-players taking to the airwaves to declare how much contempt they have for him. After they just had to suffer through another win, another division title, another deep playoff run.

If he can't, then he was never cut out for this business. I've believed since his senior year at Alabama he was, and nothing so far has dissuaded me from that belief. Let the rest of the world stand against him. I'll continue to stand up for him. It's worked since 2001. Why stop in 2023?